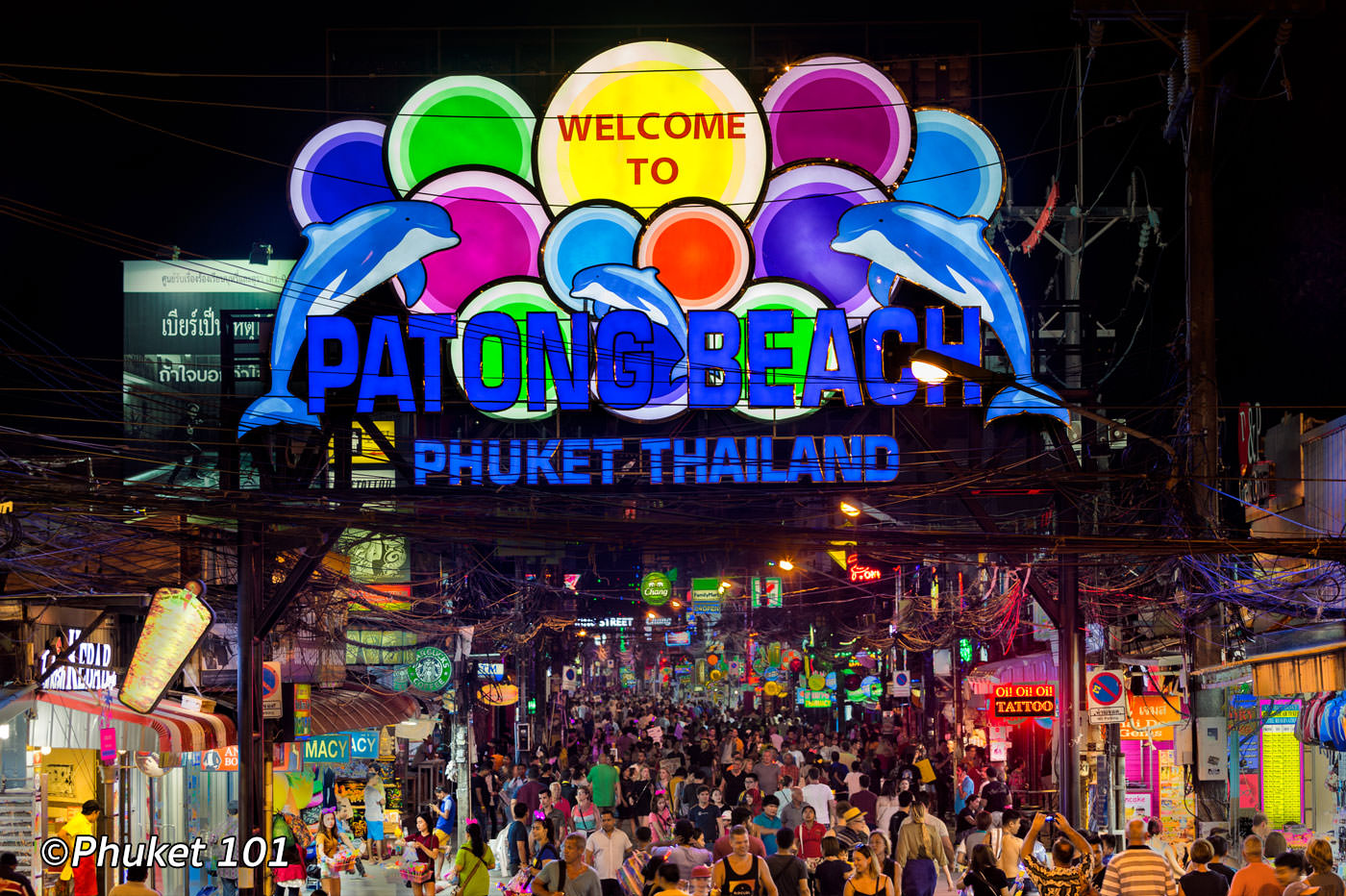 What to Do on Bangla Road?

Bangla Road is now mostly known as Patong Walking Street, and for many decades has been the notorious heart of all Phuket Nightlife. The battle for night supremacy is raging every single night between Beer Bars, live music bars, rooftop bars, night clubs and, of course, those famous go-go bars! 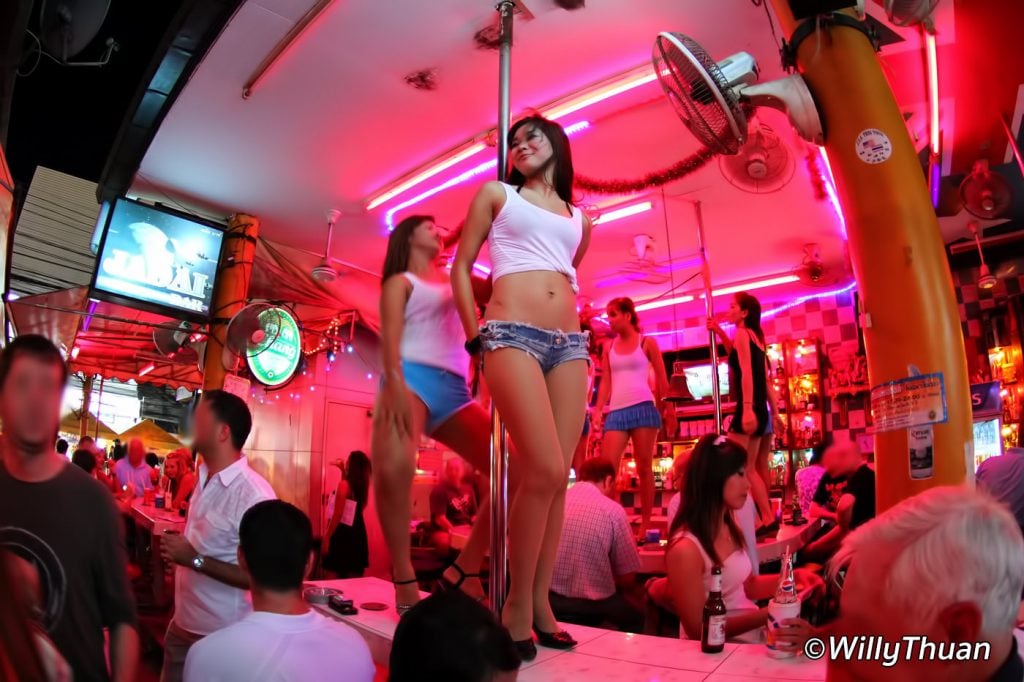 Over the years, the centre of interest has been moving up and down Bangla road depending on seasons and popularity, but the ever-changing face of Patong nightlife is worth a look. On each side of the Patong Walking Street are alleys, locally called ‘Sois’ where more you will find more modest but often cheaper beer bars.

Of course, wherever you go on Bangla Road, friendly ladies will call you with a big smile and encourage you to have a sit, a drink and play a few silly bar games. Everyone is, of course, welcome: men, women and couples.

Bangla road is that street that stretches all the way from the beach to Rat-U-Thit Road, near Jungceylon Shopping Mall. While it is a very anonymous one-way traffic street during the day, it turns into a crazy pedestrian walking street starting at 6 pm. At the beginning of the night it is still relatively quiet as you can see on the photo above, but past 10 pm, expect to share it with a dense crowd. 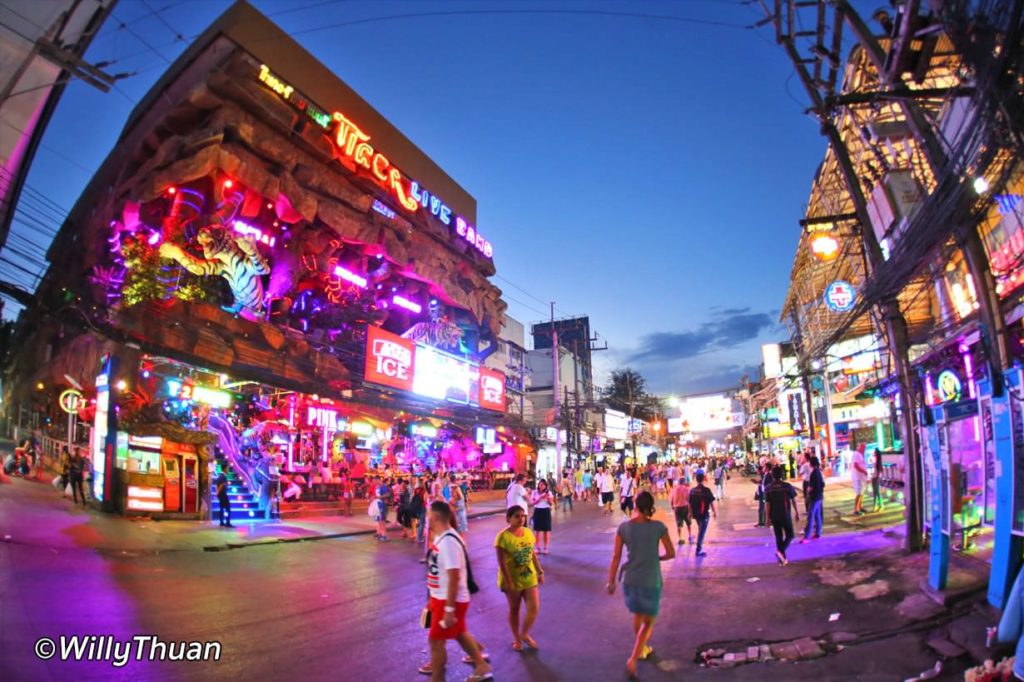 On each side, you will mostly walk past a vast amount of beer bars, and all have an open facade. Every bar comes with ladies whose mission is to convince you to step in and order a drink (nothing more). Ladies usually stand in front of the bar, showing a menu with the price for the drinks,  some ladies are dancing on counters, and some demonstrate jaw-dropping pole and acrobatic dancing skills (they are wearing cloth so don’t go imagining something). It’s easy-going and quite cheap, so have a seat somewhere, chat with the ladies, they are very friendly and watch the crowd. 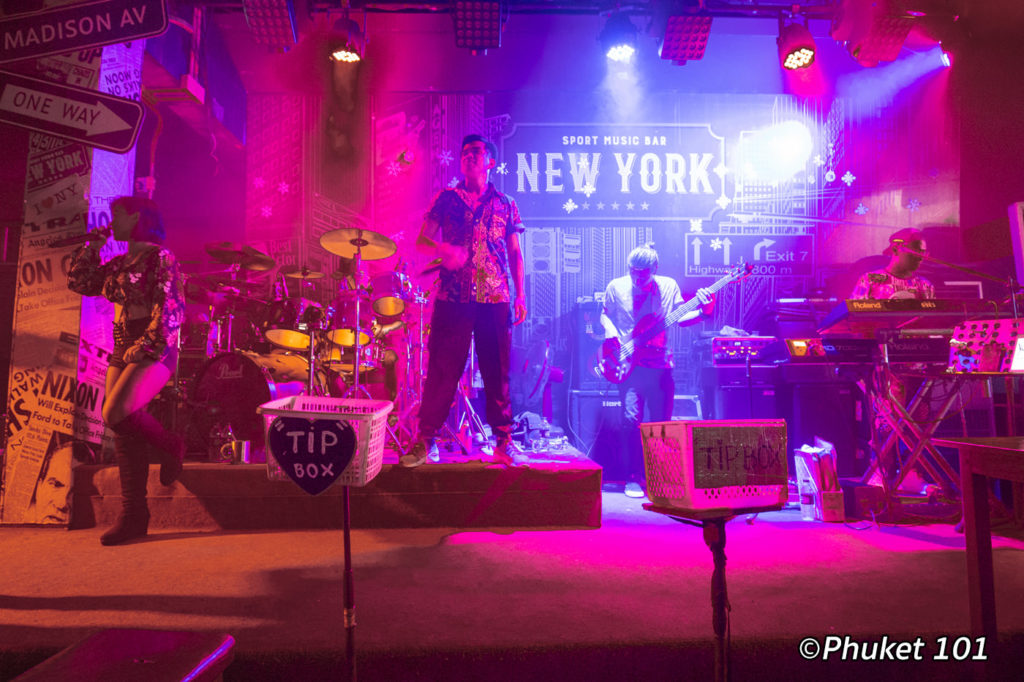 Live music venues are extremely popular in Phuket. The overall quality of the bands has greatly improved with time, as well as sounds and light systems and for the price of a beer, you are watching a live concert. The good old ‘Rock City‘ is now gone but New York Live Music Bar and Monsoon. A bit away from the centre of Patong is the legendary Hard Rock Cafe with excellent musicians and bands, but also with a higher price tag. Read more

At the beach end of Bangla are long time iconic bars such as ‘Aussie Bar’, ‘Sunset Bar’, ‘Shipwreck’ and ‘U2 Bar’ where all you do is drink and watch the passing crowd (it’s more entertaining than you think). These are often the best places to watch sports games on large screens and play a few games of snooker!

There are quite a few night clubs on Bangla. They come and go, and no matter how popular they are, even the most famous ones can vanish overnight! Best known cases are the Shark Club and most recently Seduction Club that used to be very, very popular and has been replaced by the Sugar Club. 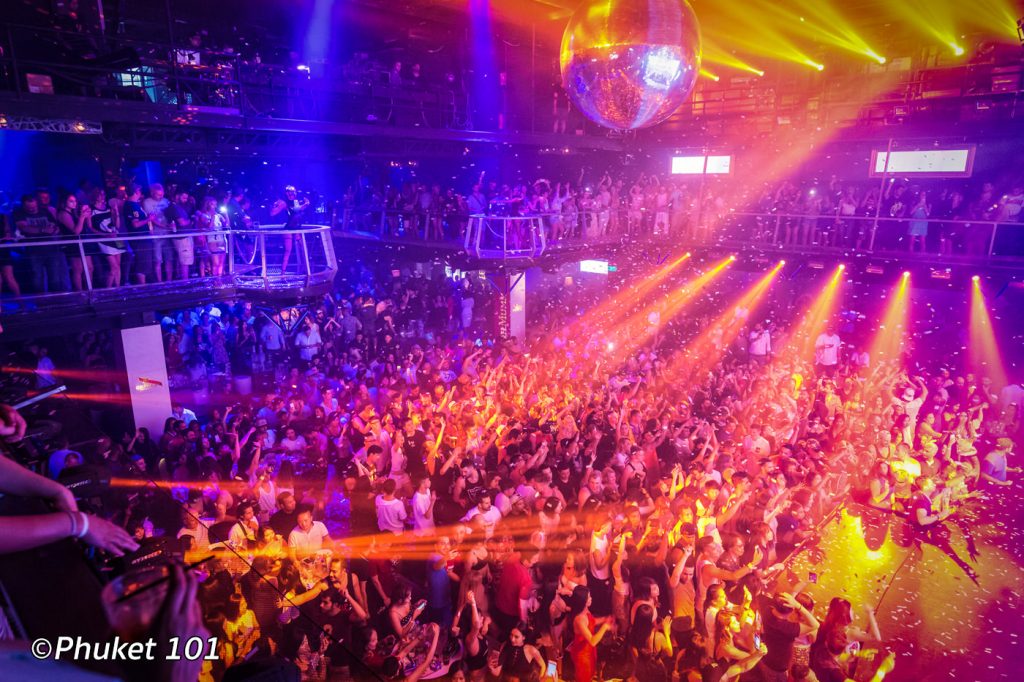 Most clubs are at the top of Bangla Road where you can spend a good part of the night at Illuzion, White Room, Tiger Disco and that good old Tai Pan. Closer to the beach is the Hollywood Club that used to be a trendy spot, but lost a bit of its fame to the competition. Less known are Sugar Club, The Shark (a new one), The Roy under Illuzion and Dark Room.

In between are the ‘Sois’, which is the Thai word everyone uses for ‘alleys’ where you will find all the famous Go-Go Bars which we describe below.

Bangla Road in Patong is not known for scams or rip off, the way it often happens in Patpong Bangkok. If you want to see a Ping Pong show, there is no charge to enter. All you need is to order a drink which costs between 180 – 200 Baht depending on the bar. An only known exception is ‘Moulin Rouge’ a Russian Go Go (yes) which is more expensive than usual and not too friendly. In any case, a menu is presented to you before ordering. Your bill is placed in front of you, or you can pay your drink when the waitress brings it to you. So unlike Bangkok, there should be no surprise. 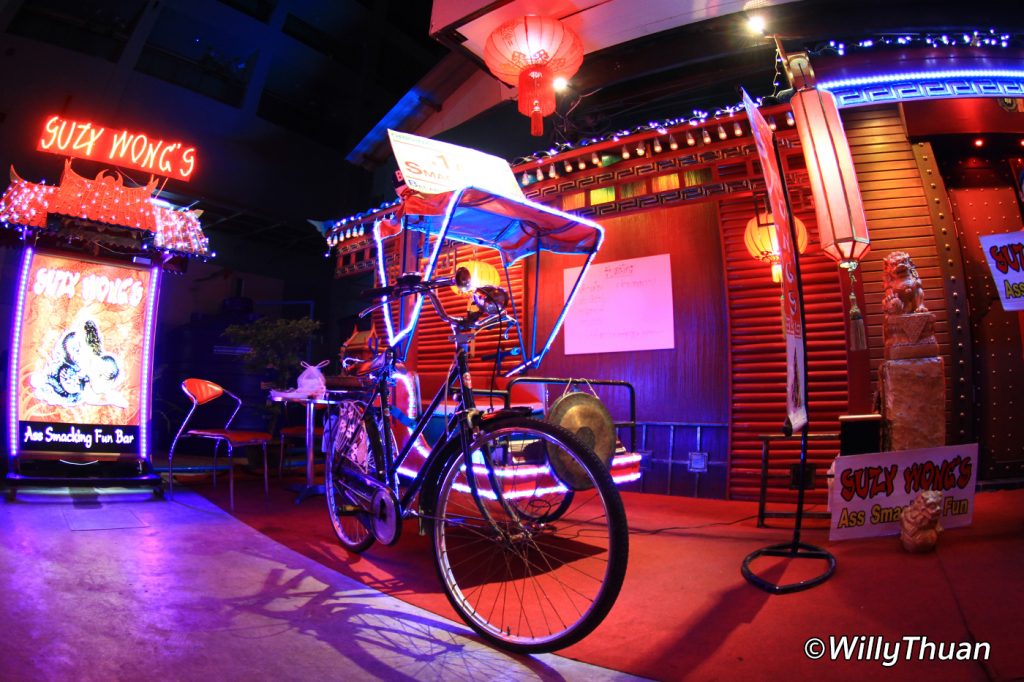 Important Note about Touts: Touts are not working for bars! Never follow a tout in the street with his little card of whatever he says you will see in the show! It’s often no real, and you will be charged extra, walk away! The bars are easy to find (they are difficult to miss!) 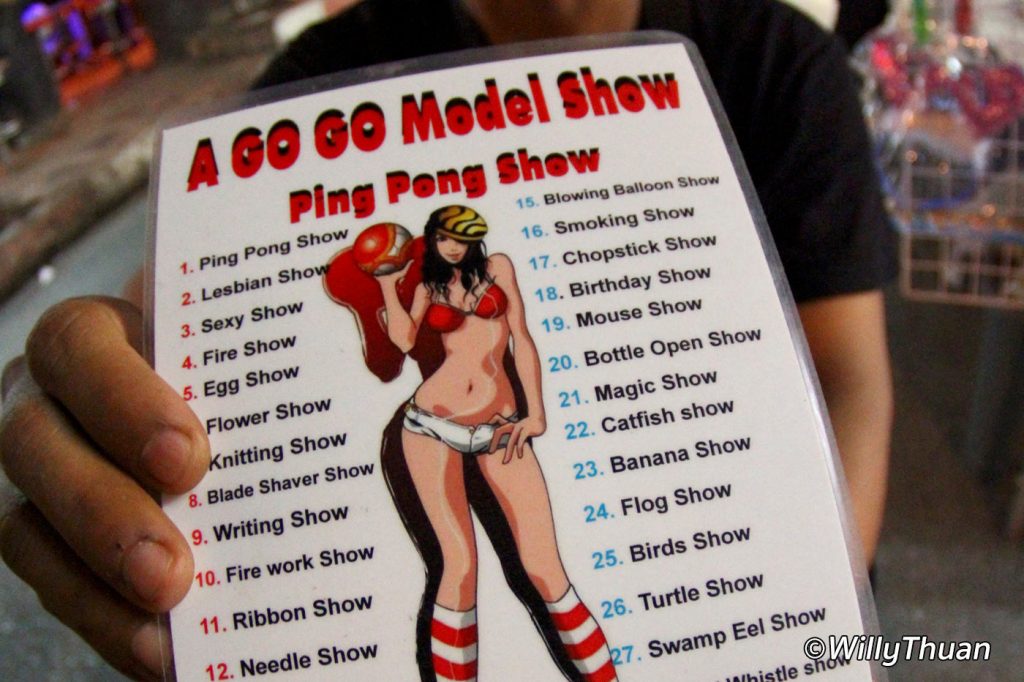 Soi Seadragon has always been a famous street, probably because this is where most of the Go-Go Bars are. After been entirely rebuilt it has become one of the brightest lanes in Patong Beach, and this is where you will find the most popular bars Suzy Wong’s, Harem a Go Go and Devil’s Playground. Read more The Tiger entertainment complex in the famous Bangla Road in Patong Beach took a severe bite at the nightlife scene in Phuket. With three floors dominated by three massive tigers, much higher ceilings and a lot more room to walk around than the old Tiger Disco, this is a party monster. A blast of lights and colours are taking this vast Flintstones cave looking venue to a much higher level of the party zone. Read more Rebuilt after the 2013 fire, Soi Tiger was for a long time the popular bar area in town. The spotlight was shortly stolen by Soi Lion next door which has been recently replaced by another shopping mall. Fame and crowd have now moved to the Tiger Entertainment, just across the street on Bangla main street: bigger, bolder and brighter and more colourful. Read more 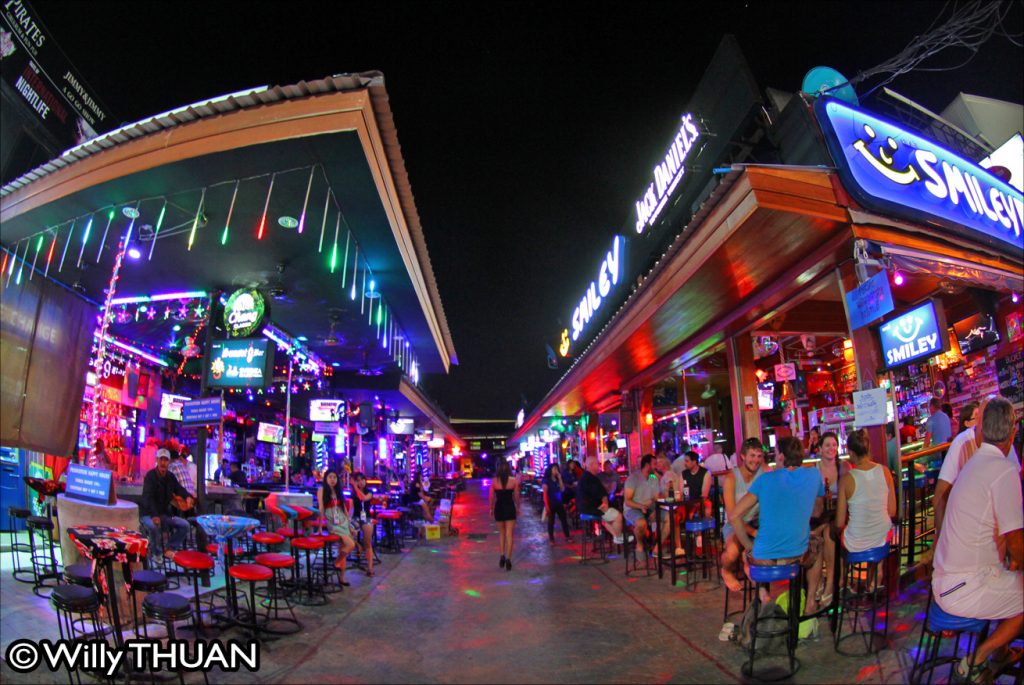 Soi Freedom is a friendly and relatively large alley lined with dozen colourful bars and a great live band at the end of it (they seem to come and go, unfortunately). Located in the middle of Bangla Walking Street in Patong Beach, Soi Freedom was long ago, better known as the iconic Soi Eric. Soi Eric was once famous because it was the only street in Soi Bangla playing the same music in all bars, while other roads around sounded like the battle of the bands. Note that there is a pretty good band playing at the end of the Soi. Read more

Where is Bangla Road?

Q. What is there to do on Bangla Walking Street?

a. Bangla Road is mostly known for the many bars, nightclubs, live music bands and Go-Go bars.

Q. Where to eat on Bangla Road?

a. Bangla doesn’t have many restaurants but you can enjoy some good local seafood at Bangla Street Food Market or pub food at the Aussie Bar.

a. The official time is 2 am, but bars and live music bars close around 4 am and night clubs can close as late as 5 am.

Q. Are there any hotels near Bangla Road?

a. The Kee Resort, Millennium Resort Patong and Sleep With Me are among the most popular hotels around Bangla.

Where to Party in Phuket? 11 Fun and Wild Ways to PARTY in Patong! 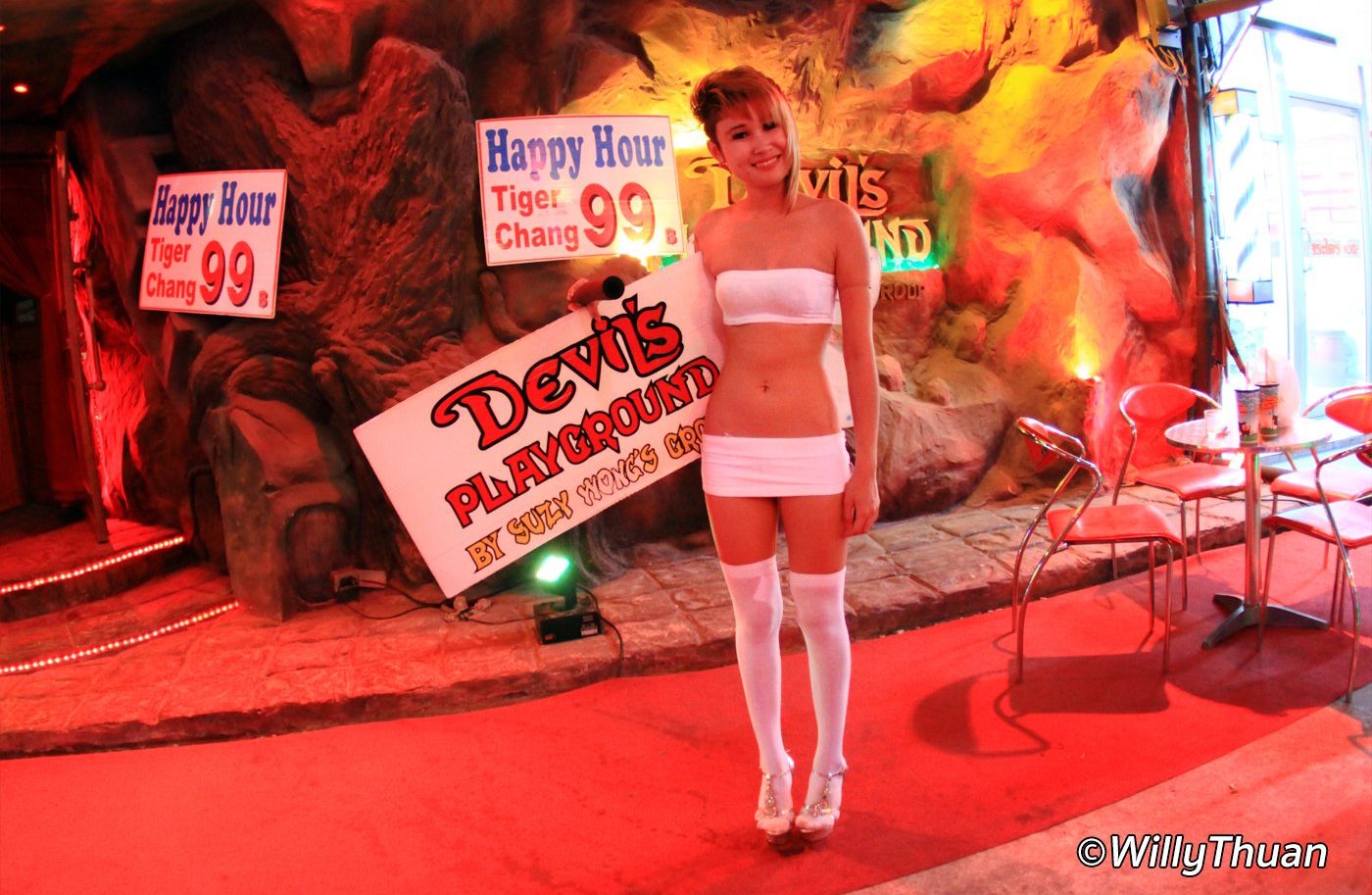 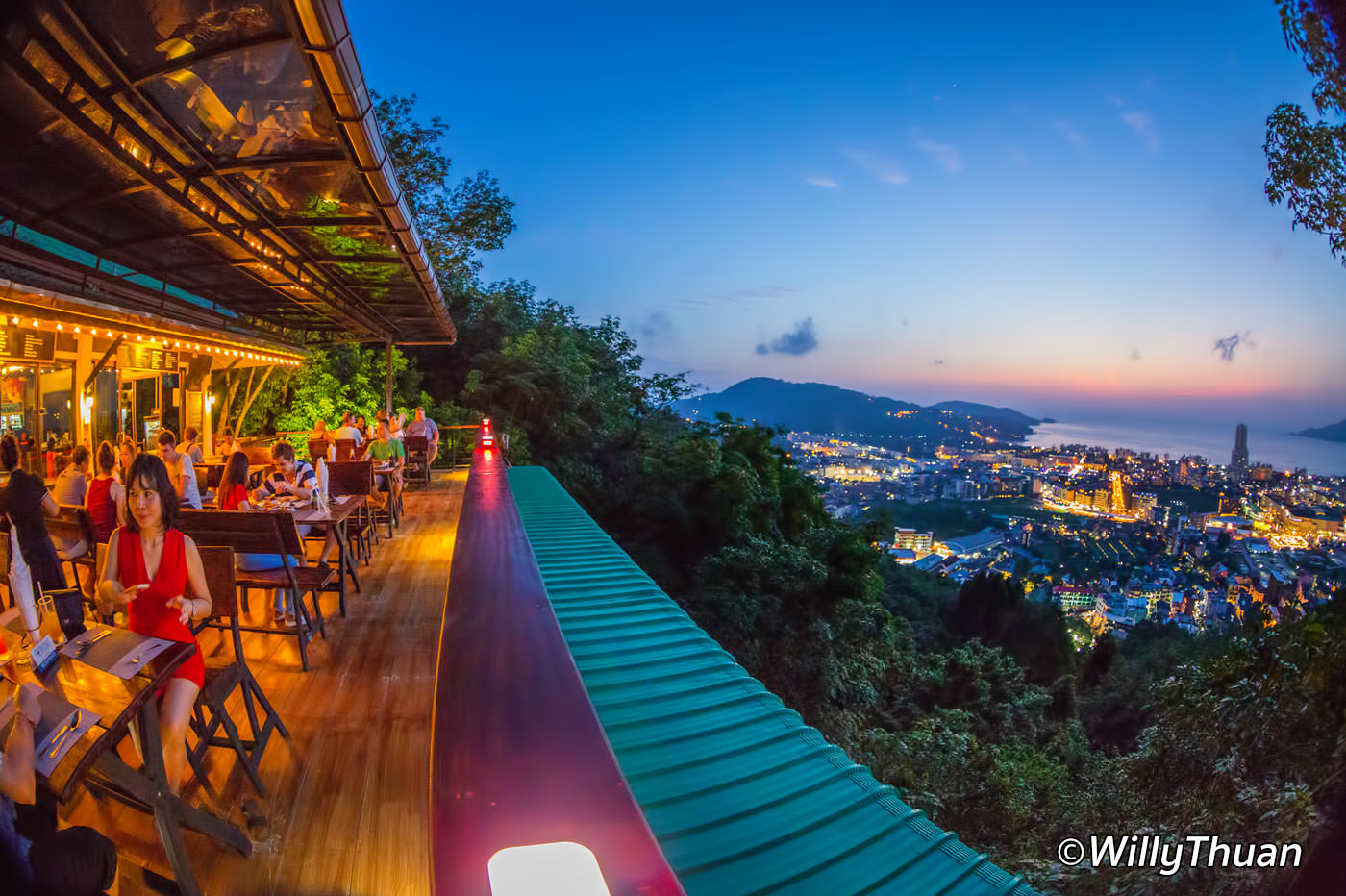