Which is the best month to visit Phuket?

What will Phuket weather be on the month I arrive? What is the best month to visit Phuket? These are questions we get very often, and some tough one to answer, and this for a couple of reasons. Even though there is some expected high and low seasons, there are no guaranteed patterns. Each year, the weather in Phuket is unpredictable, and each month is more an educated guess based on the previous year than on real knowledge.

Of course, most people know that high season is from December to May and rainy season from June to November, but with global warming, you get the picture.

We share the usual Phuket weather patterns as best as we can, together with our notes. We hope these will help to choose the best month to travel to Phuket!

January weather in Phuket is what we would call ‘perfect’ probably the best month of the year to visit. Rain showers go from rare to none and temperature is a cool as it can get.

On the downside, hotel prices are higher, and the island is busy (In recent years beaches are not as packed as they used to be). The sea is quiet and blue, perfect for your holiday Instagram photos. Cruising the sea to the nearby islands is usually a smooth ride.

The weather in Phuket in February is quite similar to January; the air is a bit drier and hotter. Those are the best months to explore the islands around Phuket as the sea usually is calm and clear.

The beaches of Phuket are usually all clean, the sea blue and pristine (which is not always the case for remote beaches during low season). On the other hand, the most popular beaches get very busy (Patong, Kata, Nai Harn) so going north to discover the quietest beaches of Phuket is a good idea.

Phuket weather in March gets hotter, sea and weather remain spotlessly blue. Here too, expect prices to stay high, roads and beaches to be busy. Rain may appear in short (and welcome) showers.

The hottest month of high season

April sees temperature reaching some of the highest peaks of the year. If you travelled on a short budget and picked one of the few hostels without air con and just a fan, you better be ready for some hot nights.

April being so hot each year, it is also the occasion to celebrate the famous Songkran festival where people shower each other copiously for several days (and nights). It’s fun for most but if you don’t like getting wet and party wild, consider avoiding the Songkran week (which dates vary each year).

Phuket Weather in May

May Weather in Phuket stays in line with April weather, just hotter and drier. The vegetation turns brown, and people have a frequent topic of conversation: It’s hot! Phuket is a small island so that you can refresh in the water often. Just remember to protect your skin from the sun and drink water! You might find shopping malls unusually welcoming! (wink-wink). May is when the Similan Islands close for the low season, so if you wanted to visit them, you should check beforehand.

Start of the rainy season

Phuket in June sees the return of the rains. However, in recent years rainy season arrives later, and later so you might be lucky in June. The sea sometimes becomes rough or even dangerous. Respecting the red flags is not a warning to take lightly, and your life could depend on it, no matter how good a swimmer you think you are.

In July, the weather in Phuket is a bit wetter than in June, but you might get quite a few sunny days. It’s the wet season, so expect some rainy days.

August weather in Phuket is not much different from July. On the bright side, the island is more peaceful, fewer traffic jams and beaches are all yours. Sea can be rough so respect the flags and pick a hotel with a nice pool and a spa, and you will have fantastic holidays.

Wettest month of the year

September is usually the wettest month of the year in Phuket. You can expect more rainy days than sunny ones, but as always, you should get a mix of sun and rain. September is not the best month to travel to Phuket if you want that perfect blue sky and quiet blue ocean, so if you can avoid it, pick another month to be on the safe side. If you have no choice, there are still some bright sides: the roads are not hectic, and all the attractions and tours usually open. At the exception of Similan Islands, all the islands are open, including Phi Phi Island. When it rains, please bookmark this page we created to keep you busy: 14 Fun Things to Do in Phuket When it Rains.

October weather in Phuket is not much different from the weather in September, again a mix of sun and rain, also not the best month to visit Phuket if you have a choice. To be on the positive side and if you have no choice, this time of the year is the most challenging lucky draw. The rain WILL fall, there is no doubt about it, and as it comes in a series of 3, 6 or 9 days as they always say here. Just pray that it is not during your week!

On the bright side, the beautiful Similan Islands reopen in October, but seas can still be rough.

Last month of the low season

The weather in November usually starts to shows signs of improvement. It still can be a mix of sun and rain, but the risk of rain is still quite high. The sea remains rough, and you should keep your eye on the red flags. Booking a hotel with a pool is a good idea. Thailand celebrates the beautiful Loy Krathong in November. Read more

In December the weather is usually great unless it’s an unlucky month which tends to happen more often in recent years. Typically, the weather is beautiful: blue sky with tiny clouds and a cool temperature. 24 C is considered ‘cold’ by locals or those who lived here too long. Prices start to switch to the high season rate. 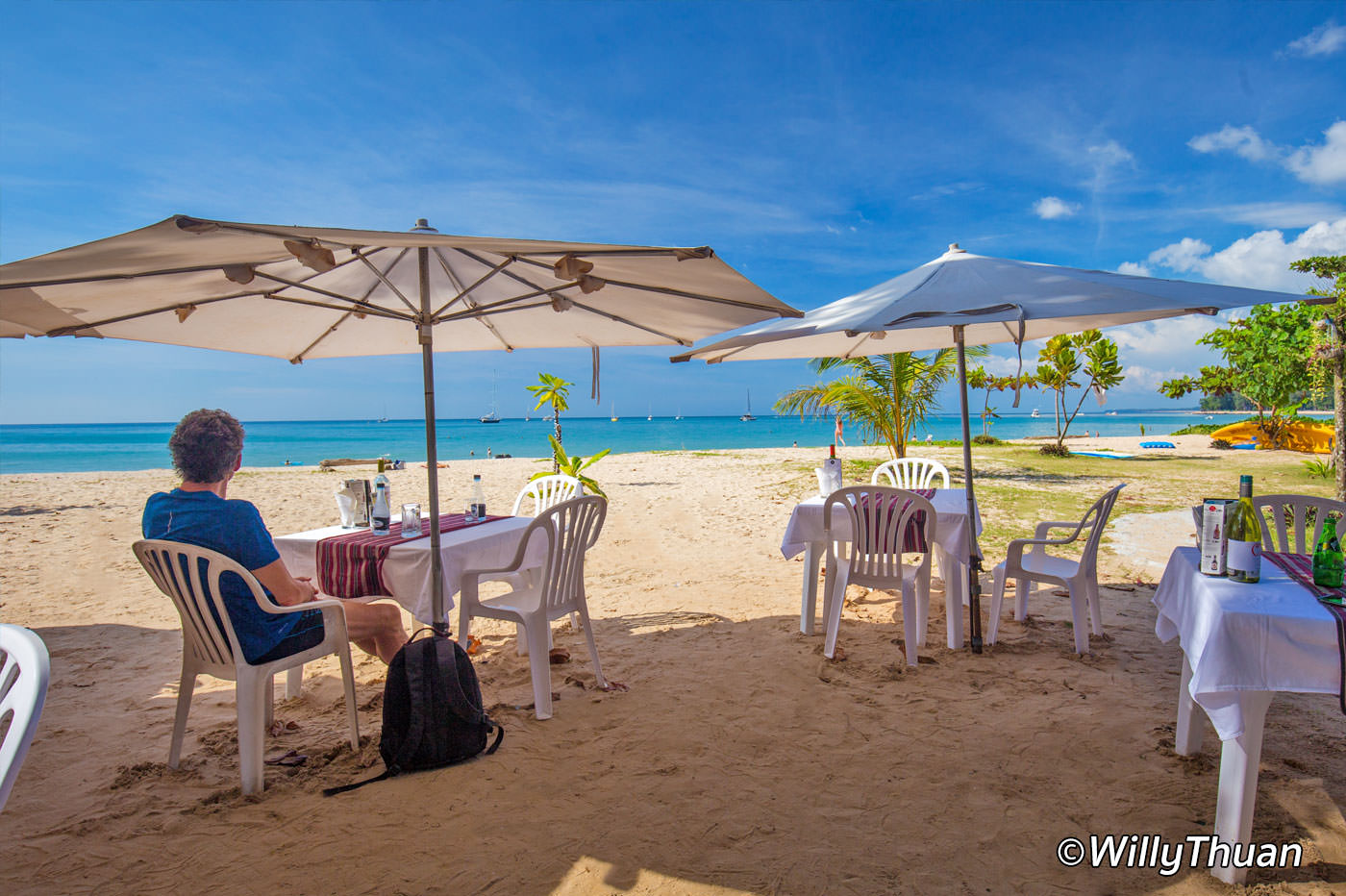 What to pack for Phuket? 10 Tips for a better packing!

17 Best Things to Do in Phuket When it RAINS! ☔ Rainy Days Activities