Illuzion Phuket is the most popular Nightclub on Bangla road in Patong Beach. Illuzion Phuket is gigantic, supposedly able to accommodate up to 5,000 standing people plus hundreds of VIP tables. Music and party atmosphere grab you as soon as you step inside and the quality of the sound and light system is instantly obvious. Illuzion now ranks #48 in the TOP 100 Clubs by DJMAG and has been consistently moving up each year.

Illuzion Phuket had a bit of a slow start as it was also a magic show. They abandoned the show to focus only on the club and it was obviously the right move seeing to the crowd in the club lately. As the place was probably designed for a Las Vegas kind of magic show, it might also explain why the stage sound and light systems are so impressive. For the same reason, the dancing floor might be smaller than its counterpart next door. With good resident and international DJs and stage dancers, Illuzion Phuket is a success and it gets even better on weekends with renowned guest DJs.

Club entrance is free and you can buy an ‘all you can drink‘ pass at 800 baht. As often in this kind of deal don’t expect your drink to be very strong. Drink prices might feel higher than local clubs nearby (beer 200 baht, water 120 baht, bottle of vodka 4.000 baht). It’s actually quite well priced for this high-level venue.

Security is very strict which in a way is a good thing. Illuzion is one of the most popular nightclubs in Phuket, ranking 48 out of 100 in the best clubs in the world and #1 on Trip Advisor, so we can guess they are doing something right, so let’s go party!

11 Fun Ways to PARTY in Patong – Where to Party in Phuket? 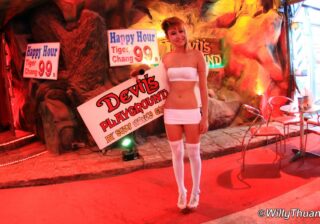 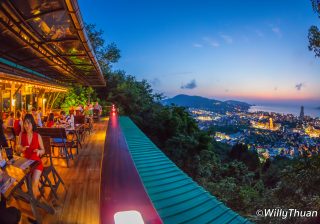 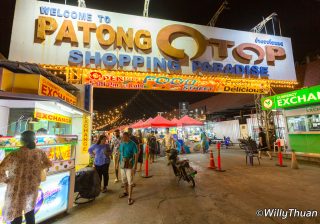