What to Do in Kathu?

Kathu is a small village and a small district, halfway between Phuket town and Patong Beach. The name of Kathu is not unknown, but very few people add it to their list of Things to Do in Phuket. The village of Kathu itself is not impressive, except maybe for a couple of temples, a few mural paintings and an annual festival. The street is lined with tiny little shops and administrative buildings. The location just away from the main road kept it relatively tranquil, but chances are, you will go to Kathu without knowing it.

What to do in Kathu

Kathu is a surprisingly rich part of Phuket island, full of things worth exploring, trying or eating (we are talking about Kathu neighbourhood here, not Kathu district, which would include Kamala beach). You will find plenty of golf, museums, treetops zip-line, wakeboarding, Bungy jump, wakeboard park, and the list goes on. Please browse the list below, and you probably will recognise quite a few of them!

Kathu waterfall was probably the first talked about place in the Kathu area. It’s well indicated and found at the end of a narrow road. It’s not a very impressive waterfall, and it’s only really worth going during the low season, after several days of rain. Not worth going in high season as the flow is reduced to a trickle.

An incredible jungle activity you will never forget! High sky bridges and zip lines connect 28 platforms; one of them is 400 meters long! It is very Eco-friendly and respectful of nature. They take safety extremely seriously. Most of it is pure adrenaline for all; even four-year-old kids can do it, and they seem to love it.

Kathu Night Market is a brand new market on the way to Patong beach. Expect to find a few bars, a live band, a bit of shopping and most of all: a lot of great and cheap Thai food to enjoy on the spot or take away home!

Phuket Wake Park is a long-time established cable ski with a 0 shaped counter-clockwise wakeboard park. It’s popular and easy to reach and feature a few obstacles to play with and test your skills. Great for beginners and very advanced enthusiasts, even for kids.

Kathu temple is a beautiful park on the edge of the village. It was recently renovated and is an excellent photo opportunity if you are in the area. It’s so photogenic that many Chinese and Korean photographers use it for their pre-wedding shootings (yes, they are everywhere anyway)

A new water park with two 20 meters high Slip N Fly slides that throw you 6 meters up in the air before landing in a pool, of course.

This fresh market is at the Kathu intersection near Caltex gas station before climbing the hill to Patong Beach. If not for the massive amount of motorbikes park in front of it, visitors would easily miss the market, but it is pretty large and bustling inside. It’s a little dark and messy but a chance to see the ingredients used to prepare the Thai food you like so much. Lots of tropical fruits, vegetables and herbs you never saw before. On the contrary to other fresh markets, it is still busy in the afternoon.

There are a few paintings on the walls of Kathu houses. That the new ‘thing’ in Phuket island now. Go and discover them!

The Phuket Mining Museum is an immense building hidden somewhere behind the hills of Kathu. It has always been a mystery as to why they invested so much in such a remote location. As a result, the museum is rarely visited and feel a little lonely.

This tiny museum is a beautifully renovated Sino-Portuguese style house very close to Kathu village. It used to be a beer company warehouse and office.

Kathu Shrine is one of the oldest Chinese shrines in Phuket, and it’s believed by many to be the birthplace of the Phuket Vegetarian Festival nearly two centuries ago.

Two go-kart tracks are facing each other at the foot of the hill that leads to Patong Beach. One of them has been here for more than 20 years and seem to be still popular if you want some adrenaline action without physical effort.

The Phuket Tiger Kingdom is just next to the Go Kart, at the foot of the hills before Patong. Here you can touch and take photos with tigers of all sizes, but the concept is quite controversial, so it’s all up to you to go or not.

This new sitting Buddha is hidden in the jungle behind Flying Hanuman Zipline, on the way to Kathu Waterfall. It may not be worth travelling up there, but finding it was a pleasant discovery.

There are three 18 holes golf courses in Kathu: Loch Palm Golf, Red Mountain and Phuket Country Club. (We are not very knowledgeable in the game of golf as you can see, but there is plenty of information out there about those golf courses)

The Bungy Jump has been in Phuket for two decades, yet we didn’t try it. Would you?

Where to Eat in Kathu

There is a surprising amount of restaurants in Kathu, including Krua Jongjit, a local restaurant with a Michelin mention and Thong Dee Brasserie that has been #1 on TripAdvisor for quite a while now. So if you want Farang food, Thong Dee is your place, but if you prefer local, go to ‘The Big Chicken’ restaurant. But there are a lot more to discover!

Krua Jongjit restaurant in Kathu is proof that a restaurant doesn’t have to be fancy nor expensive to be excellent and even receive a Michelin Plate for fresh ingredients, carefully prepared: a good meal. But, for such a modest venue, it is still a big statement.

Thong Dee Brasserie is a popular restaurant in Phuket, but it is hard to find! You definitely will need Google maps to get there on your own.

Big Chicken Restaurant (Tung Tong Restaurant) is one of our three favourites venues in Kathu. It is also your chance to try some authentic Thai dishes: how often can you eat giant ants eggs? If you drove past the Phuket Country Club in the past twenty years, you probably saw that weird big chicken on the side of the road. It’s a simple, affordable, nice and clean restaurant with very friendly service and they even have an air-con room! But the reason it is always busy is without a doubt the food.

Nai Dam restaurant is an excellent place for those who know and love real Thai food. It is cheap, and they have some delicious dishes, including their very special wild boar in curry with yellow noodles. It’s so well-known that even one of the Princesses, Her Royal Highness Princess Maha Chakri Sirindhorn, stopped over many times to eat at Nai Dam when visiting Phuket or Phang Nga.

Krua Pailin restaurant is a very local restaurant hidden before Kathu waterfall. It is so local that most tourists would not even consider stopping for a meal, but it is what travelling is also about! So try the real thing and eat very local food under the trees with chicken scratching the floor around you. 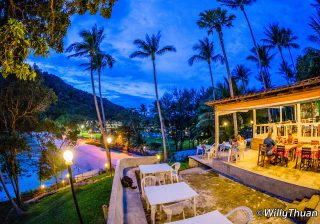 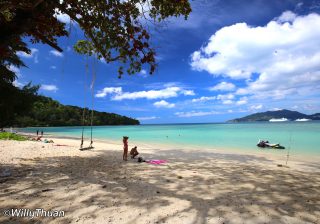 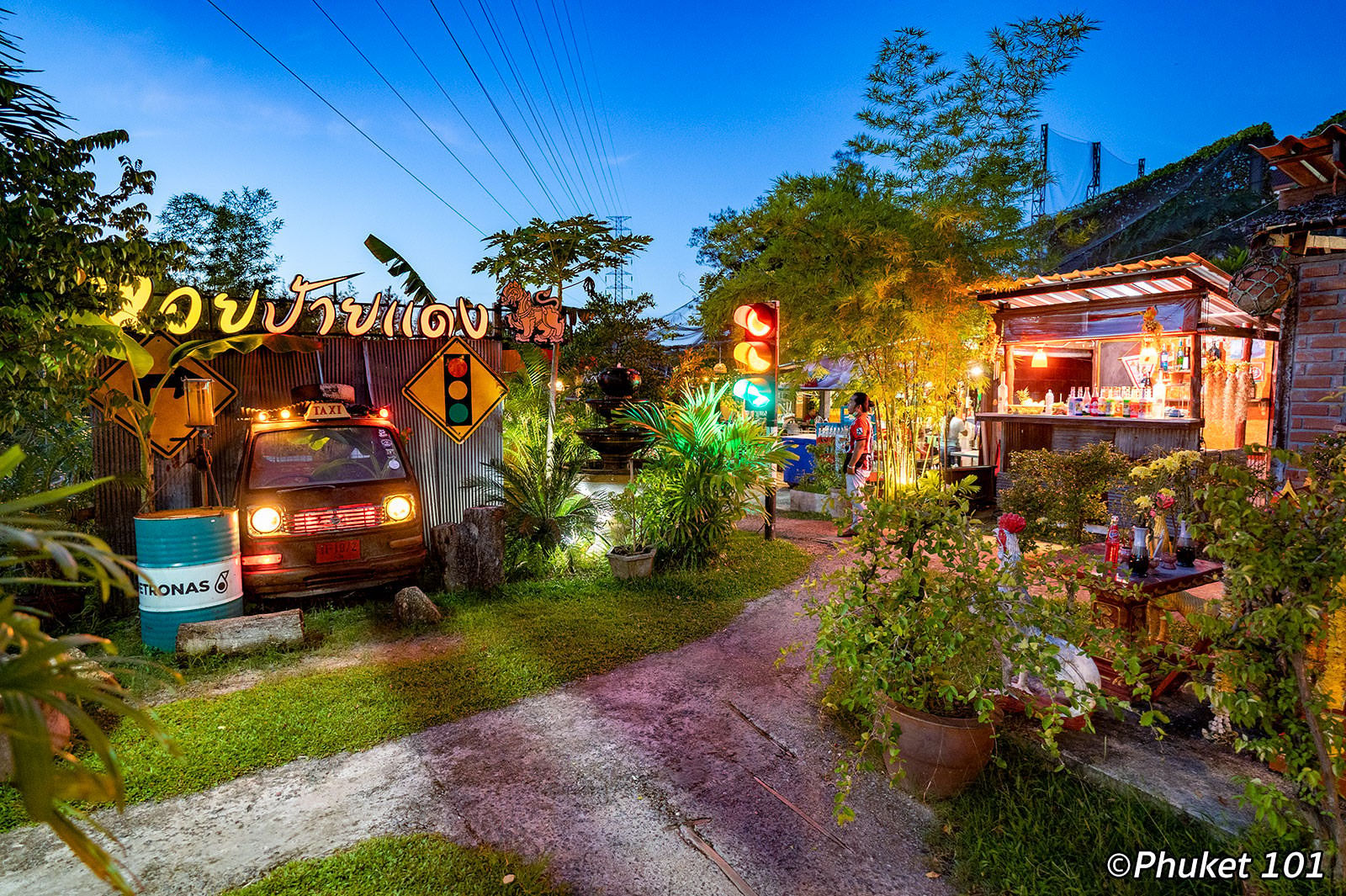