Bang Neow Shrine in Phuket Town is one of Phuket’s oldest and most revered Chinese shrines. It’s one of the main shrines taking part in the annual Phuket Vegetarian Festival and is a place of worship and merit-making activity for the local Chinese-Thai community throughout the year.

Bang Neow Shrine is on Phuket Road, a few minutes’ walk away from Robinson shopping centre, at the Bang Neow intersection. It’s easy to find – look for the huge arch in the shape of a dragon at the entrance.

This third iteration of Bang Neow is the one that remains. The temple has expanded over the years, with growing numbers of the faithful going there to make merit and join festivals and events.

Bang Neow Shrine is a place that shows the lasting influence of Chinese migration to Phuket centuries ago. The island’s tin mining trade attracted a big influx of workers from mainly the Fujian province of China from the early 1800s and through the 1900s.

The migrants brought their Hokkien cultural practices, which led to the opening of Taoist shrines in Kathu, Phuket Town and other areas of Phuket. And it was within this same migrant community where the Phuket Vegetarian Festival was born. Bang Neow Shrine has held Vegetarian Festival activities since it was located on Soi Romanee a hundred years ago.

Bang Neow Shrine is one of the busiest shrines during the festival, and its rituals and processions are often the largest and most elaborate. During the nine days of the festival, Bang Neow is crowded with worshippers wearing white, and the air is thick with incense and firecracker smoke.

Bang Neow has most of the same rituals that take place at Phuket’s shrines during the festival – the raising of the Go Teng pole to invite the gods, the street processions by ‘ma song’ (spirit mediums), the preparation and serving of vegetarian food, fire-walking rituals, and a farewell ritual to the gods at the Saphan Hin shore at the close of the festival.

Fewer shrines host bladed-ladder climbing rituals, but it’s always a part of Bang Neow’s festival events and a spine-tingling thing to watch. [unless cancelled by a pandemic, of course!]

Bang Neow Shrine is open every day, and visitors are welcome. If you’re coming to see it during the Vegetarian Festival, then it’s best to wear white to follow the festival’s traditions.

It’s worth stopping by for a look even when the festival’s not on, as the temple offers good insight into how the local community has absorbed and interpreted the traditional Chinese beliefs of their ancestors.

The shrine has a vibrant design, with red lanterns strung up on the ceilings and ornate details showing a range of Chinese motifs. Inside the main shrine are paintings depicting Chinese zodiac animals and stories from Chinese literature, while the pillars out front are all wrapped by large dragon sculptures.

Bang Neow Shrine is found outside the Old Town area, so there’s no heritage architecture to see on the nearby streets. But there are plenty of good food choices nearby, including La Gaetana Italian restaurant and some shops selling local Phuket cuisine like O Tao Bang Niao (fried seafood and taro) and Go La Hokkien fried noodles. Robinsons shopping centre and a local market (Talad Kaset) are a block away from the shrine. 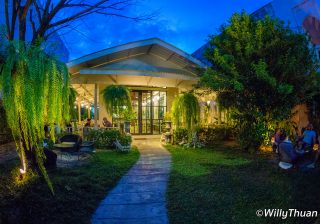 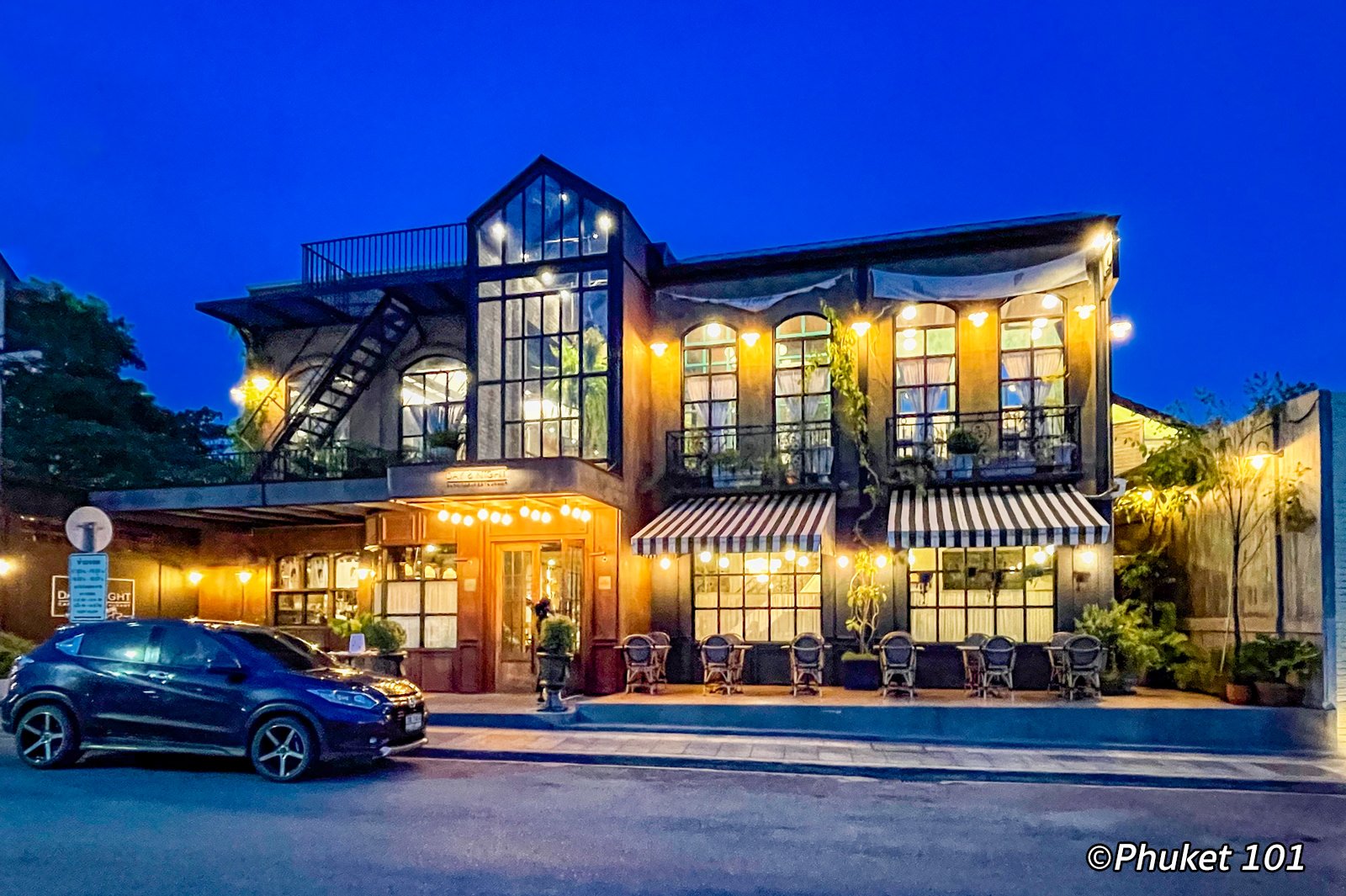 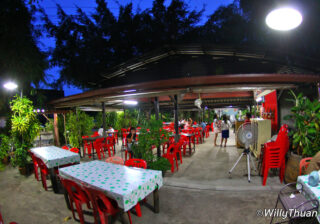