Jui Tui Shrine (Kew Ong) is one of the oldest and most important in Phuket Island. It plays a significant role during the famous Phuket Vegetarian Festival, usually held in October and November each year. The festival dates use the Lunar Calendar and the festival exact dates change every year, so if you plan to travel to Phuket to see this event, check the dates before booking. 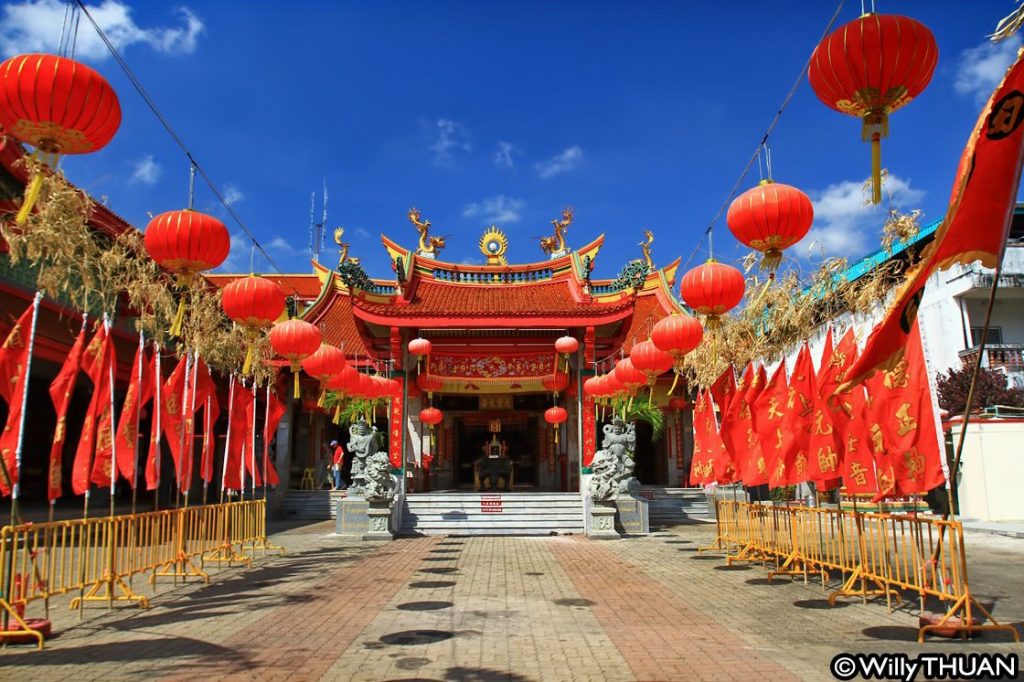 The shrine is a bit away from the old streets of Phuket Town, and trying to go on foot from the famous Thalang Road would be quite a long walk. The temple is relatively quiet on weekdays and a little busier on weekends, but if you happen to visit it during the Vegetarian Festival, you will have a huge surprise. 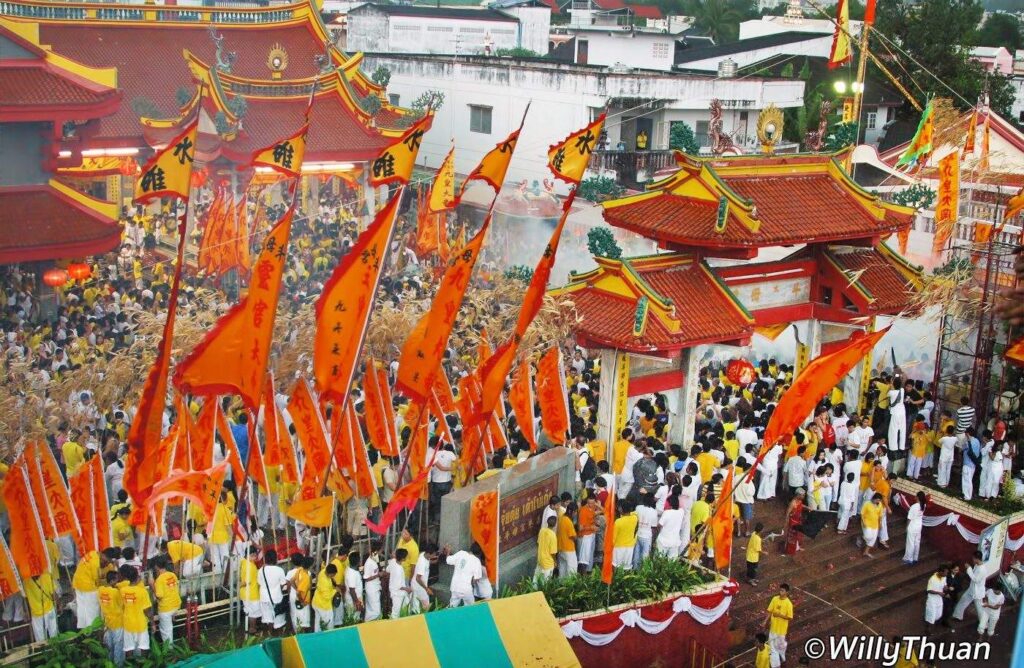 Not only the shrine is packed with devotees dressed in white, but you might witness the devotee participating in the processions, entering trance and piercing their cheeks with all kind of objects. It could be shocking, but not to worry, from the crowds, the firecrackers and the loud music, you would never accidentally witness the event.

The shrine is a little isolated at the end of Phuthorn Street, where one of the fresh municipal markets is. There is very little to do around, but you could enjoy a lunch or dinner at the trendy ‘Tammachart’ nearby, better known as ‘Phuket Natural Restaurant’. 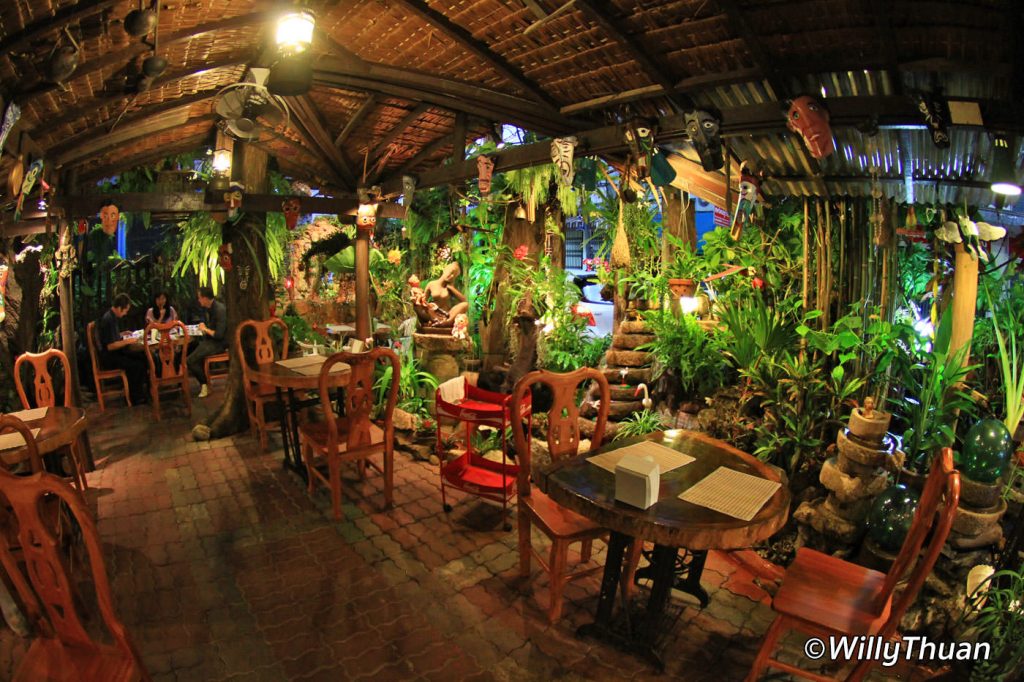 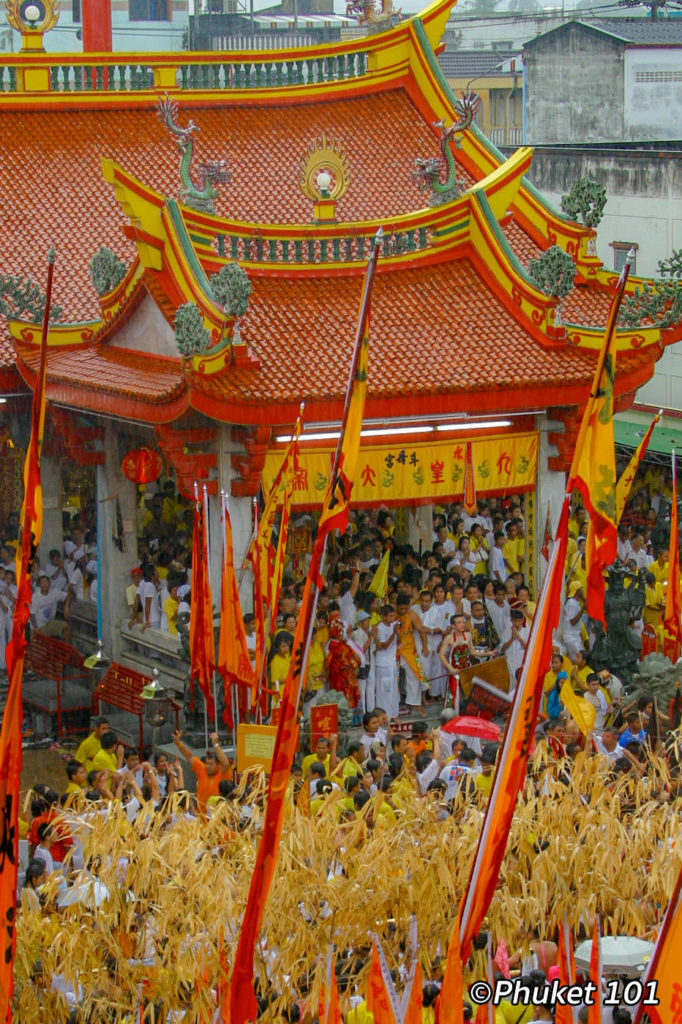 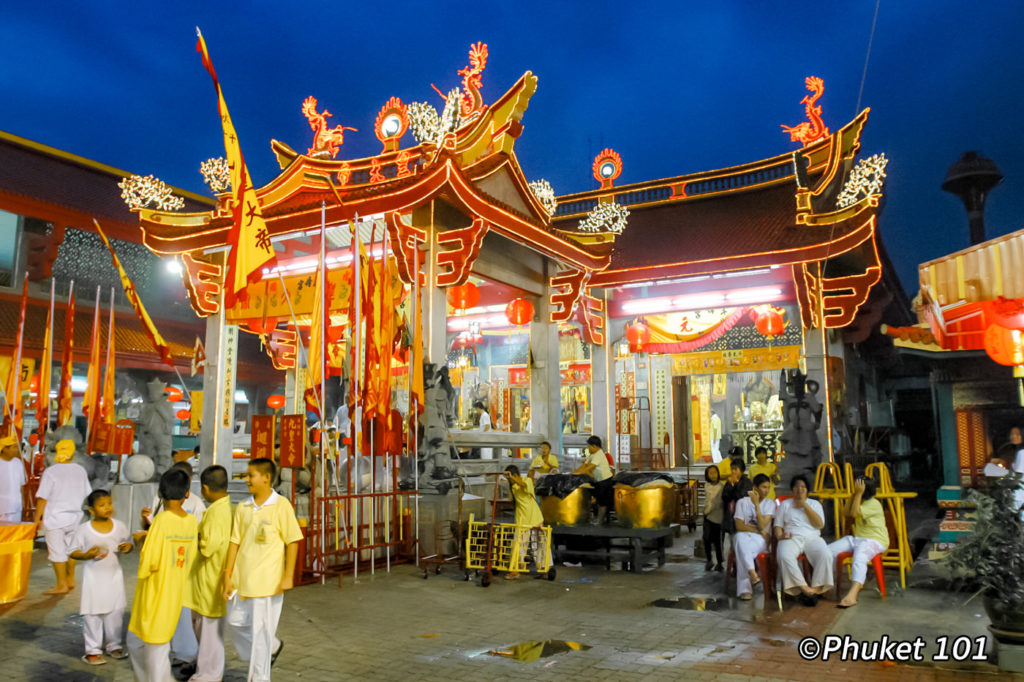 Photos of the shrine on a regular day 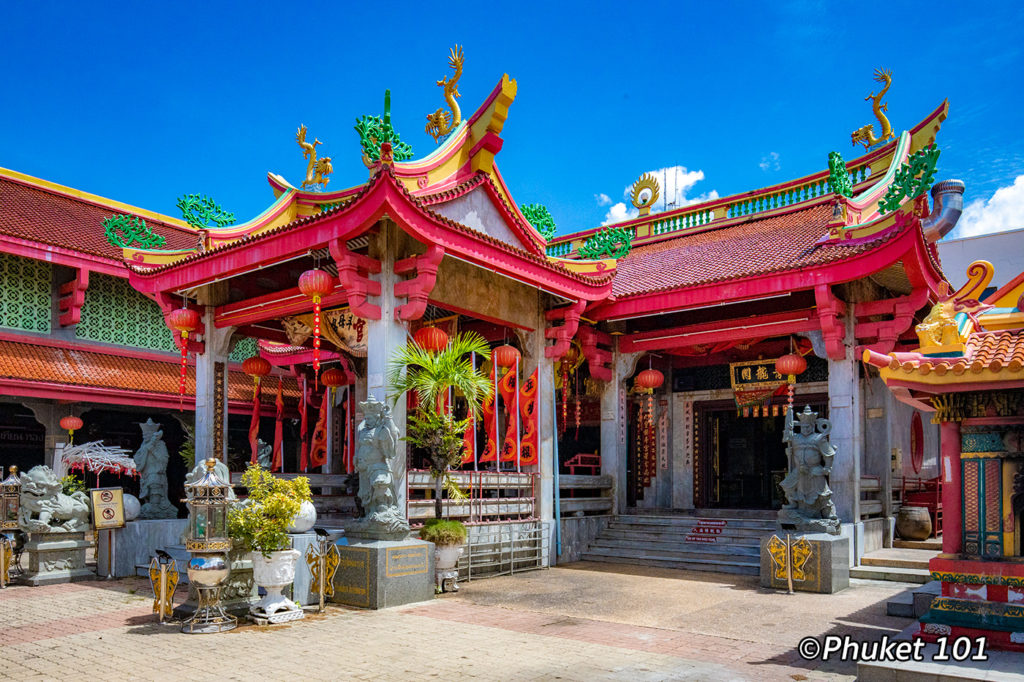 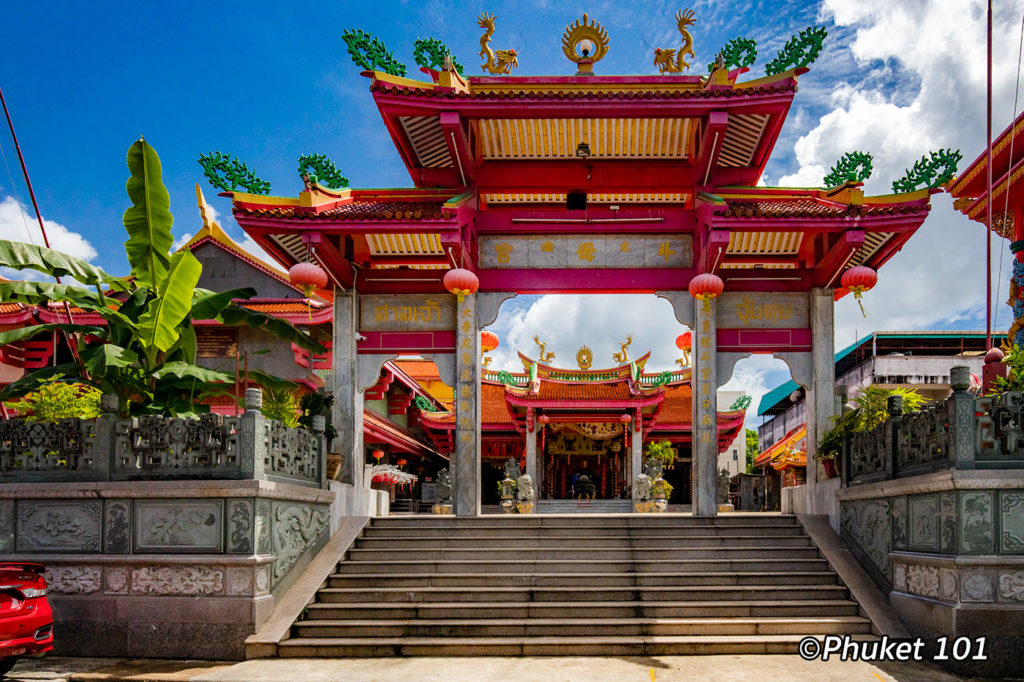 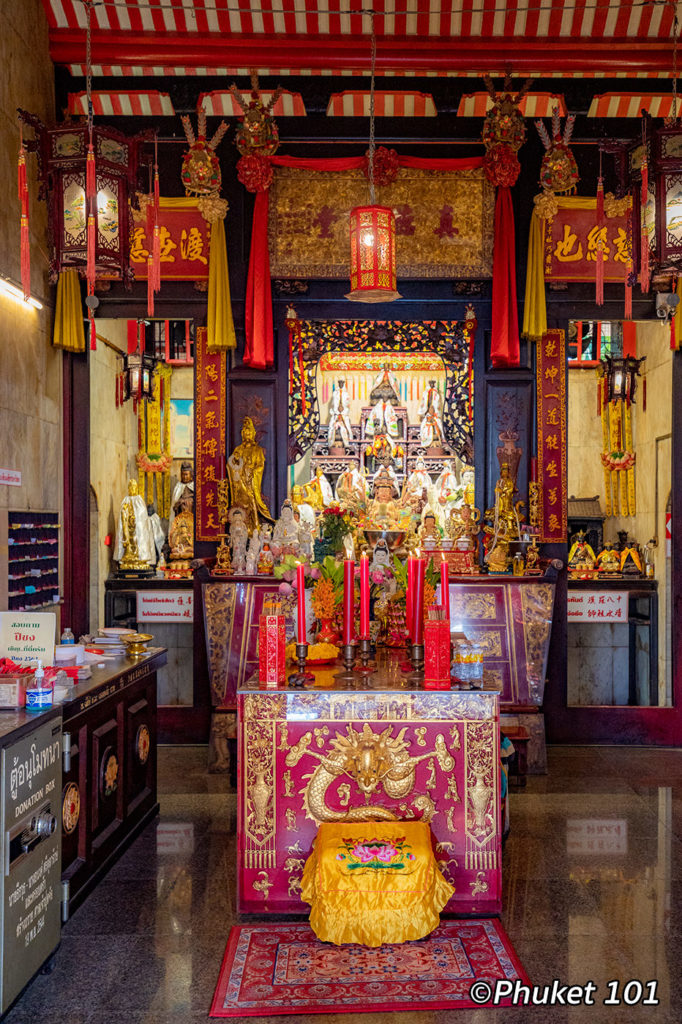 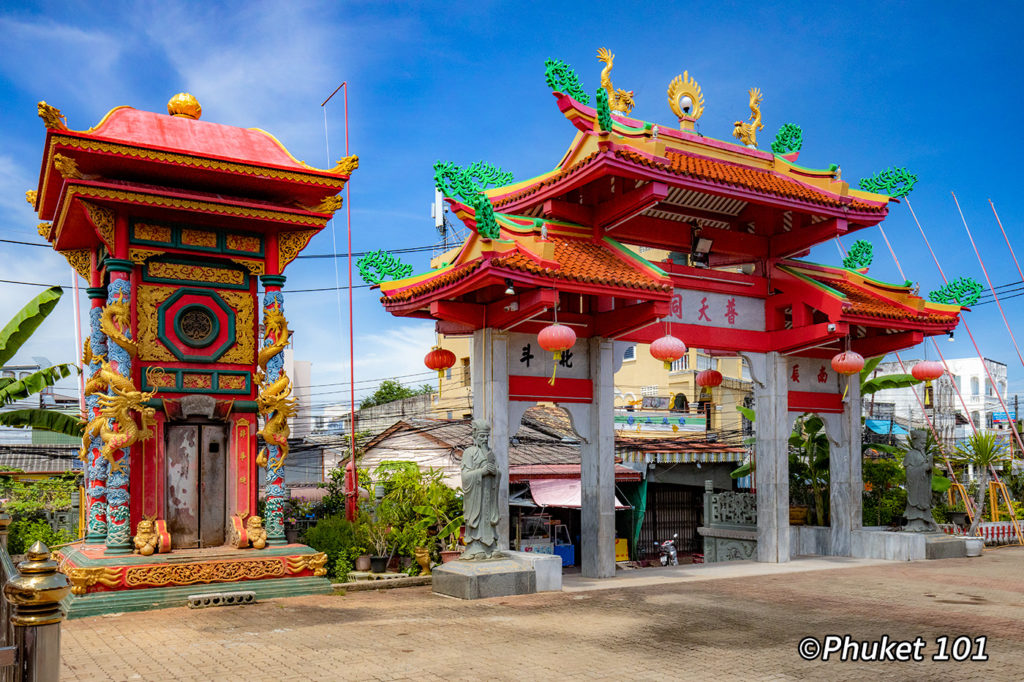