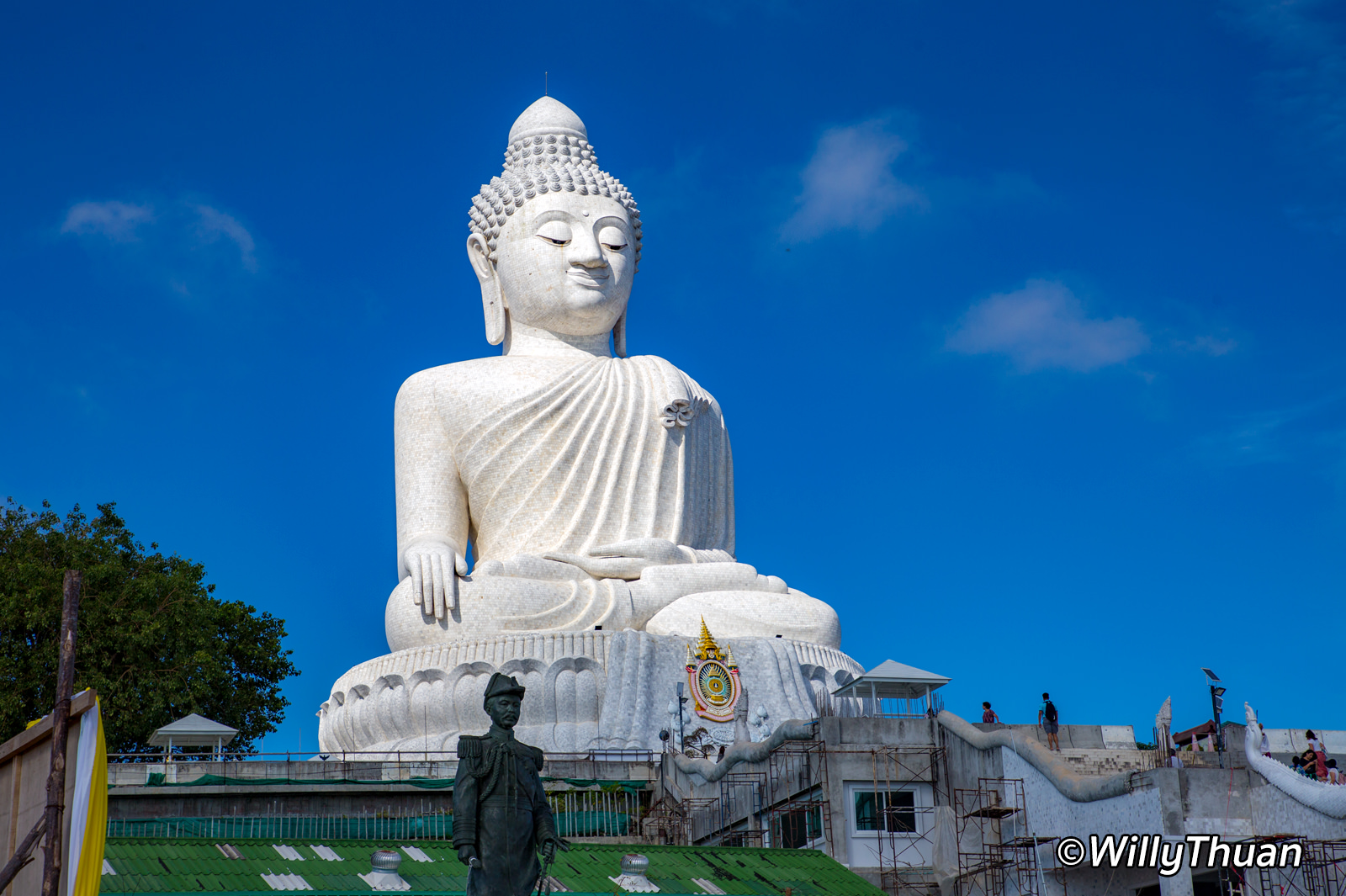 What to Do at Phuket Big Buddha? [toc] The Phuket Big Buddha is a 45-metre-tall white marble statue visible from anywhere in the southern part of Phuket. This impressive landmark is probably at the top of everyone's 'Must-Do in Phuket', and it is indeed a jaw-dropping site, and the panoramic views from up there are breathtaking. Koh Samui always had a very popular Giant Buddha, and it seems that Phuket 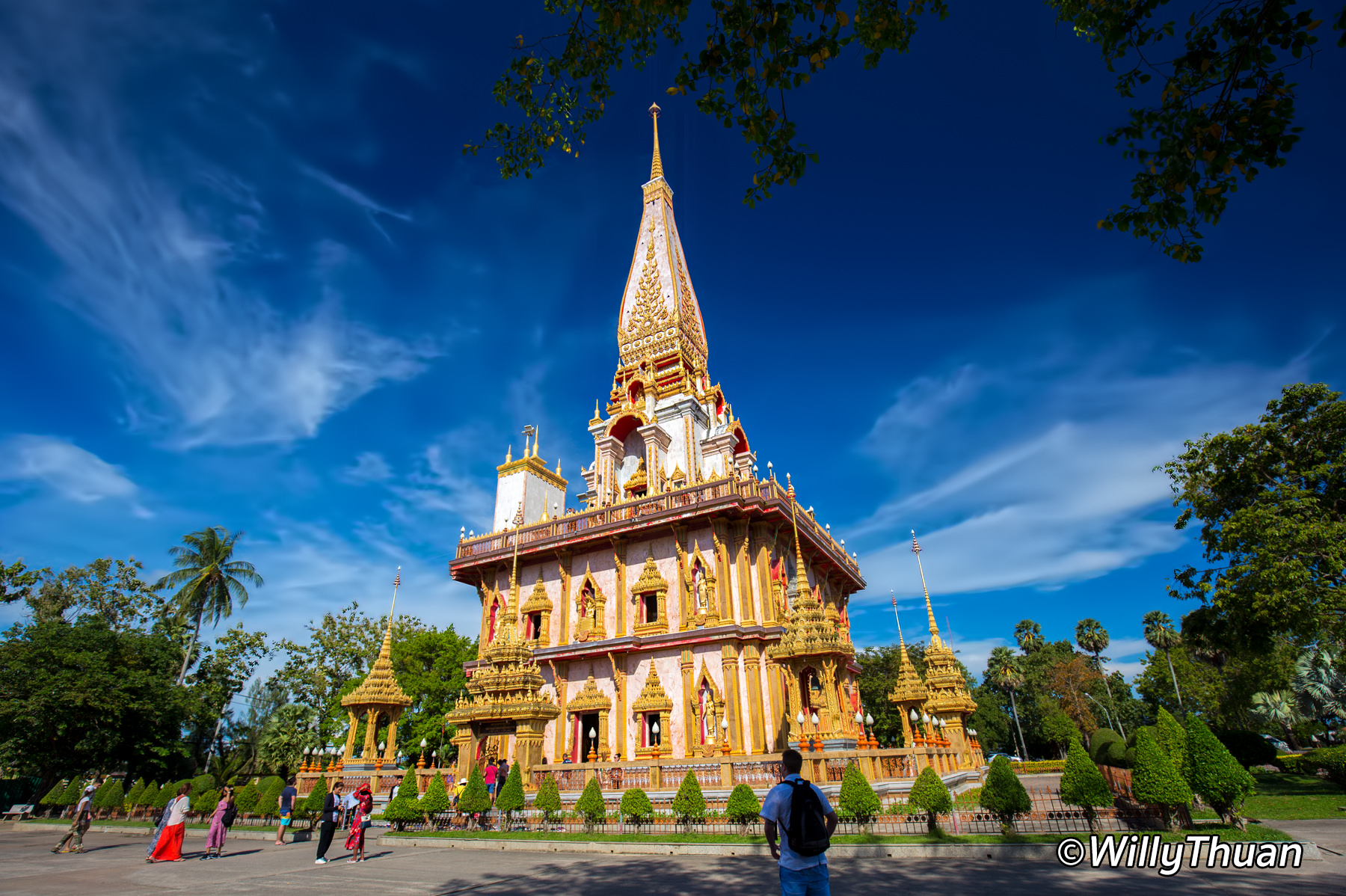 What is Chalong Temple? [toc] Wat Chalong, officially Wat Chai Thararam, is the largest, most revered and most visited Buddhist temple in Phuket. It was built at the beginning of the 19th century, 1837, according to some sources. Chalong Temple is one of the Must-See places in Phuket, together with the nearby Big Buddha of Phuket, as they are relatively close to each other. Wat Chalong Video [the_ad id="30528"] The central 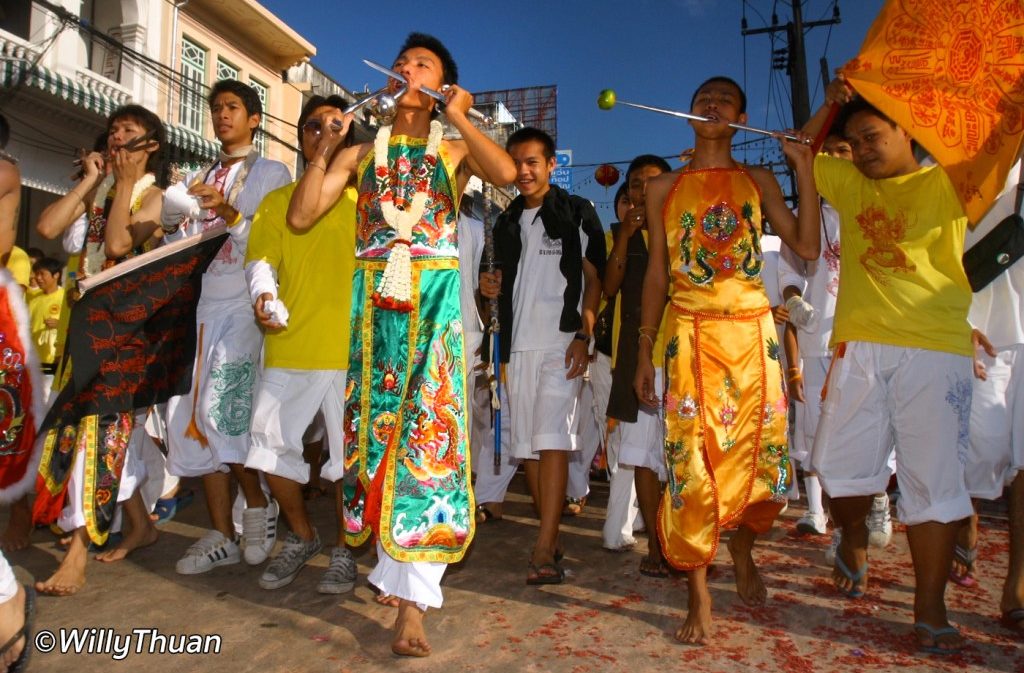 When is Phuket Vegetarian Festival 2020? October 17 to 25, 2020 Note: This is a typical coverage from past years. In 2020, processions will still happen, but a lot of gatherings will be limited because of COVID-19 [toc] The Phuket Vegetarian Festival (or Nine Emperor Gods Festival) happens once a year, during the ninth lunar month, and is one of the most auspicious events on Phuket island. For this unique 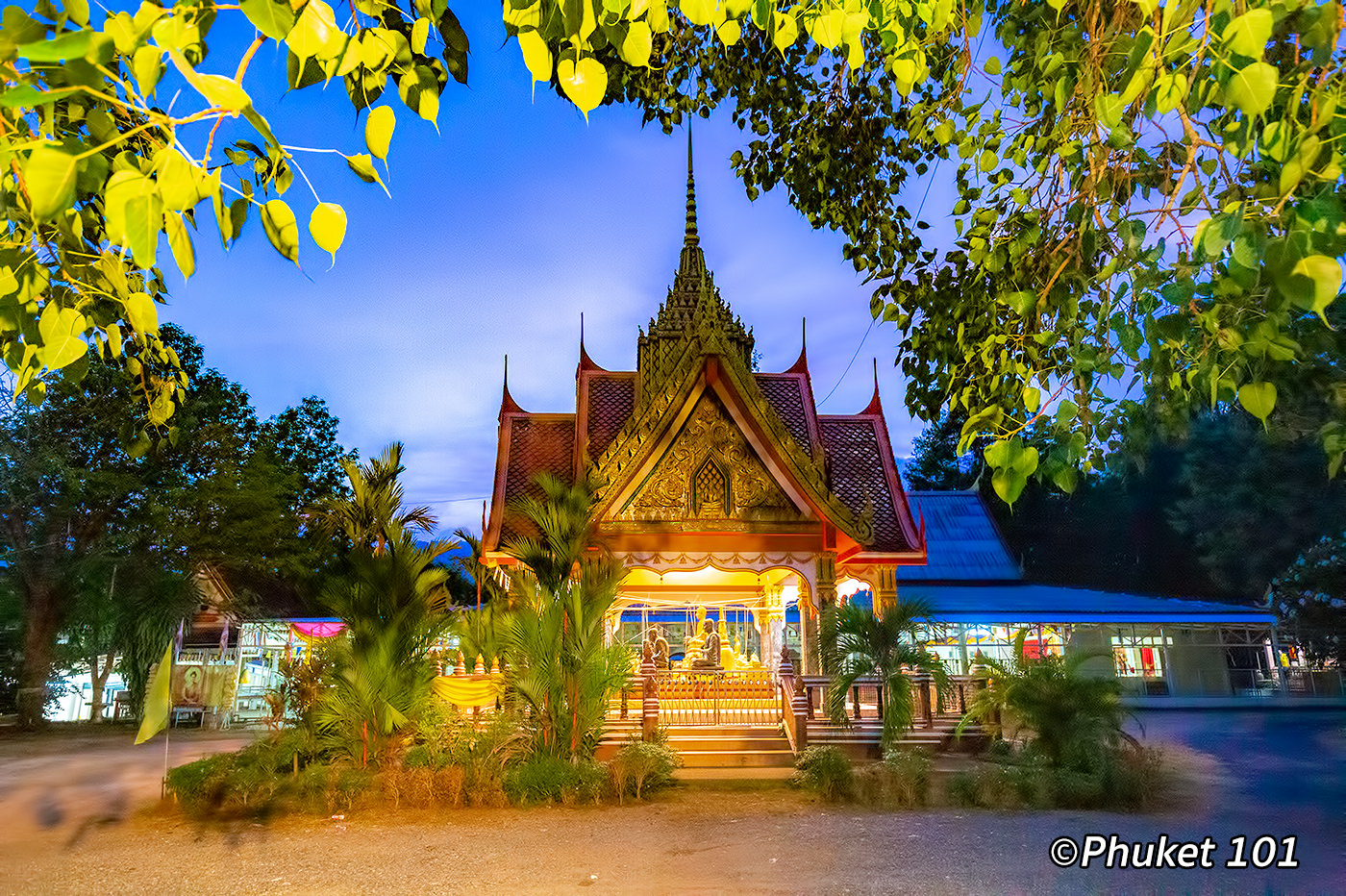 A beautiful hidden Buddhist temple in Phuket [toc] Wat Kathu, or Kathu temple, is a not very well known landmark from tourists, but local photographers know very well how beautiful it is. This Buddhist temple is on the way to Phuket Town and not far from Patong, but because it stands away from the main road, most people don't even consider visiting it. Wat Kathu is not very big but

Jui Tui Shrine in Phuket Town [toc] Jui Tui Shrine (Kew Ong) is one of the oldest and most important in Phuket Island. It plays a significant role during the famous Phuket Vegetarian Festival, usually held in October and November each year. The festival dates use the Lunar Calendar and the festival exact dates change every year, so if you plan to travel to Phuket to see this event, check 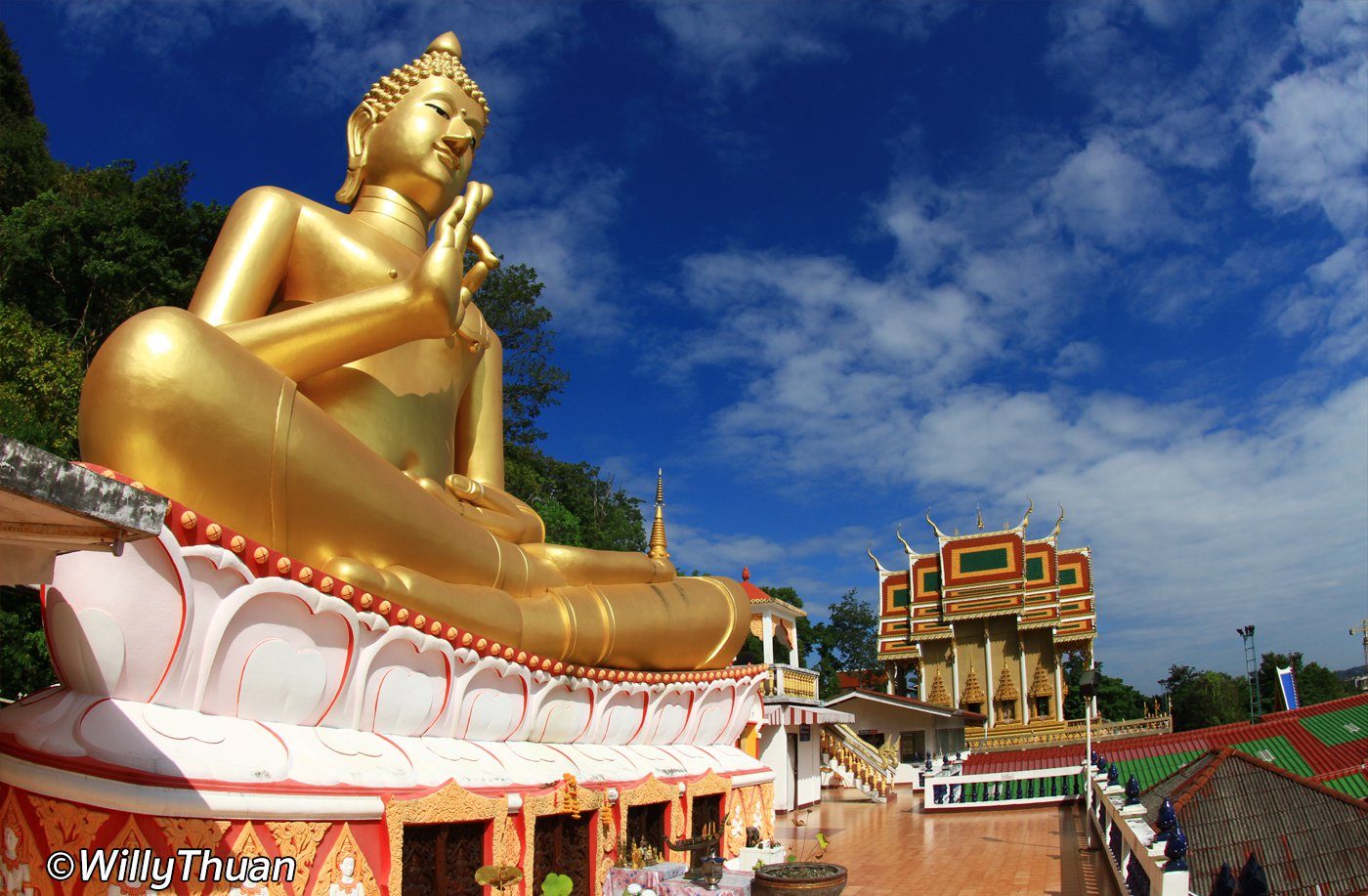 Buddhist Temples of Phuket [toc] Phuket temples are always worth a visit, from the temple hidden inside a cave to the famous Wat Chalong, a visit to Thailand would not be complete without exploring few of these magnificent and beautifully ornamented buildings ('Wat' means 'Temple', you guessed it). Phuket does have many temples and one by one we will probably list them all, but many are difficult to find or have 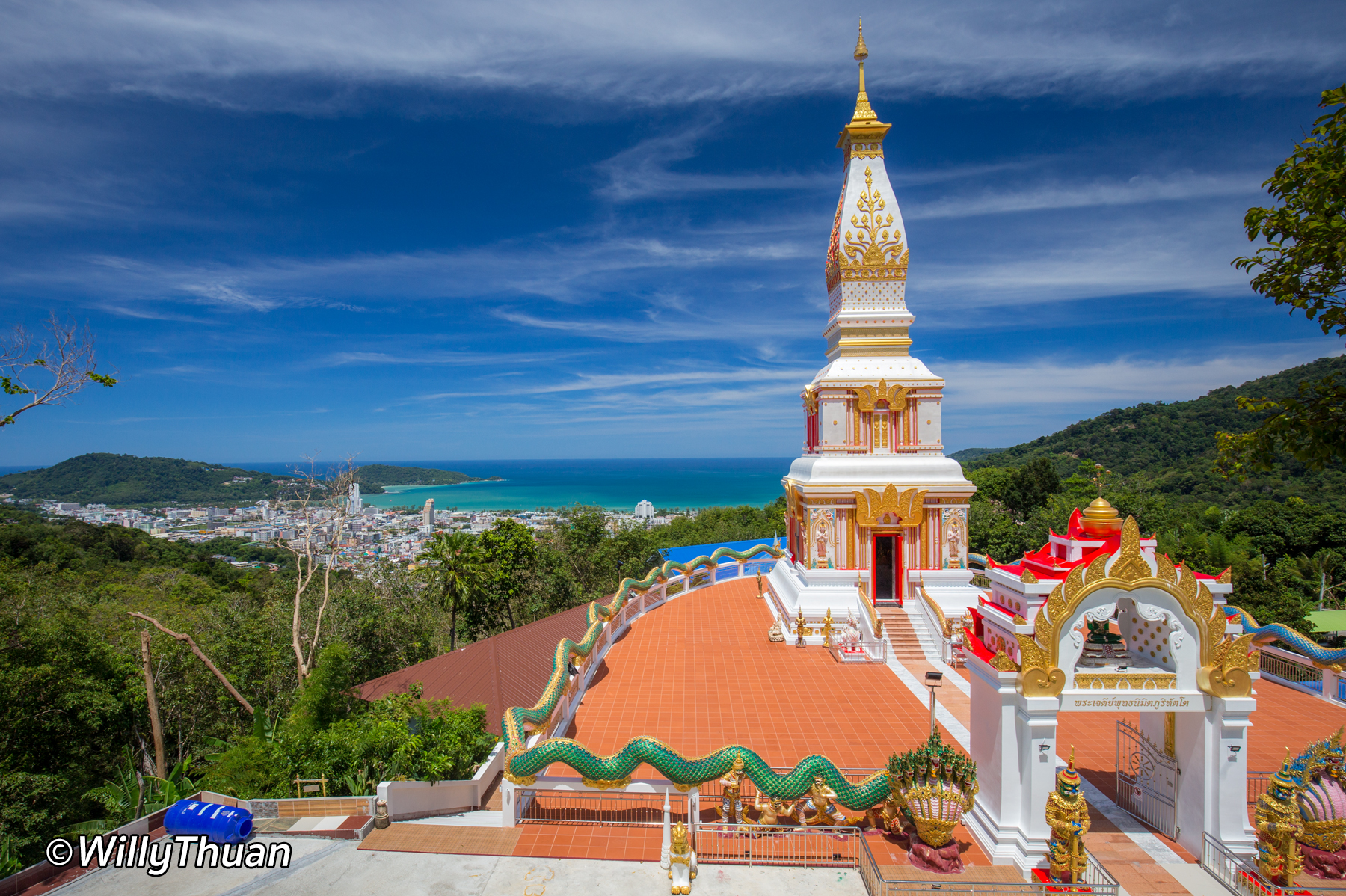 Karon Temple Market – A Local Market in a Temple 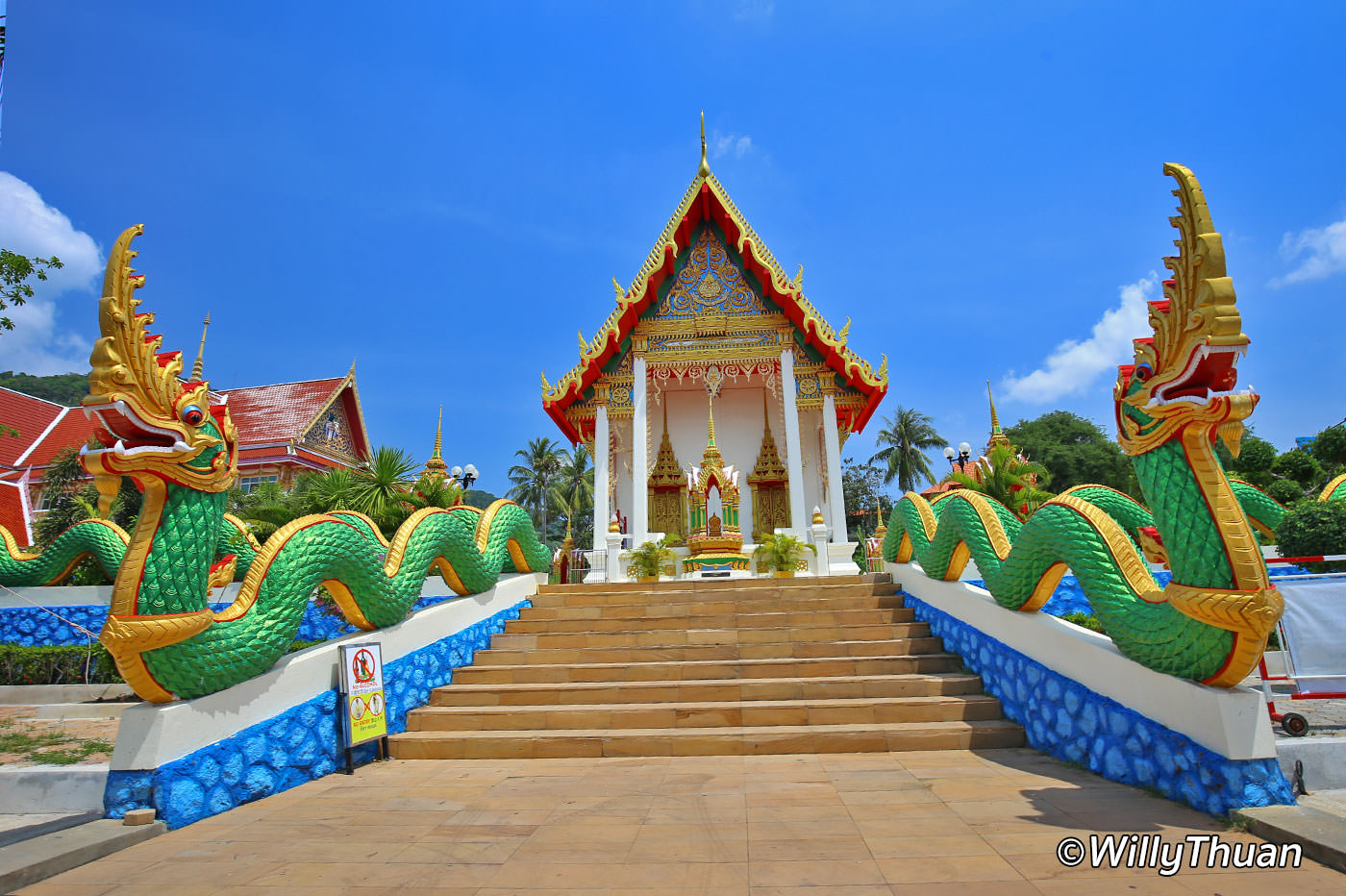 Shop and Try Local Food at Karon Temple Market [toc] The Karon Temple Market has grown steadily in popularity in the past years, and because it only occurs only twice a week (Tuesdays and Fridays), people start to plan their evenings around that event. Night markets have always been popular in Phuket and all over Thailand, but a Temple market sounds so much more exotic. Also, Karon Beach lacks a 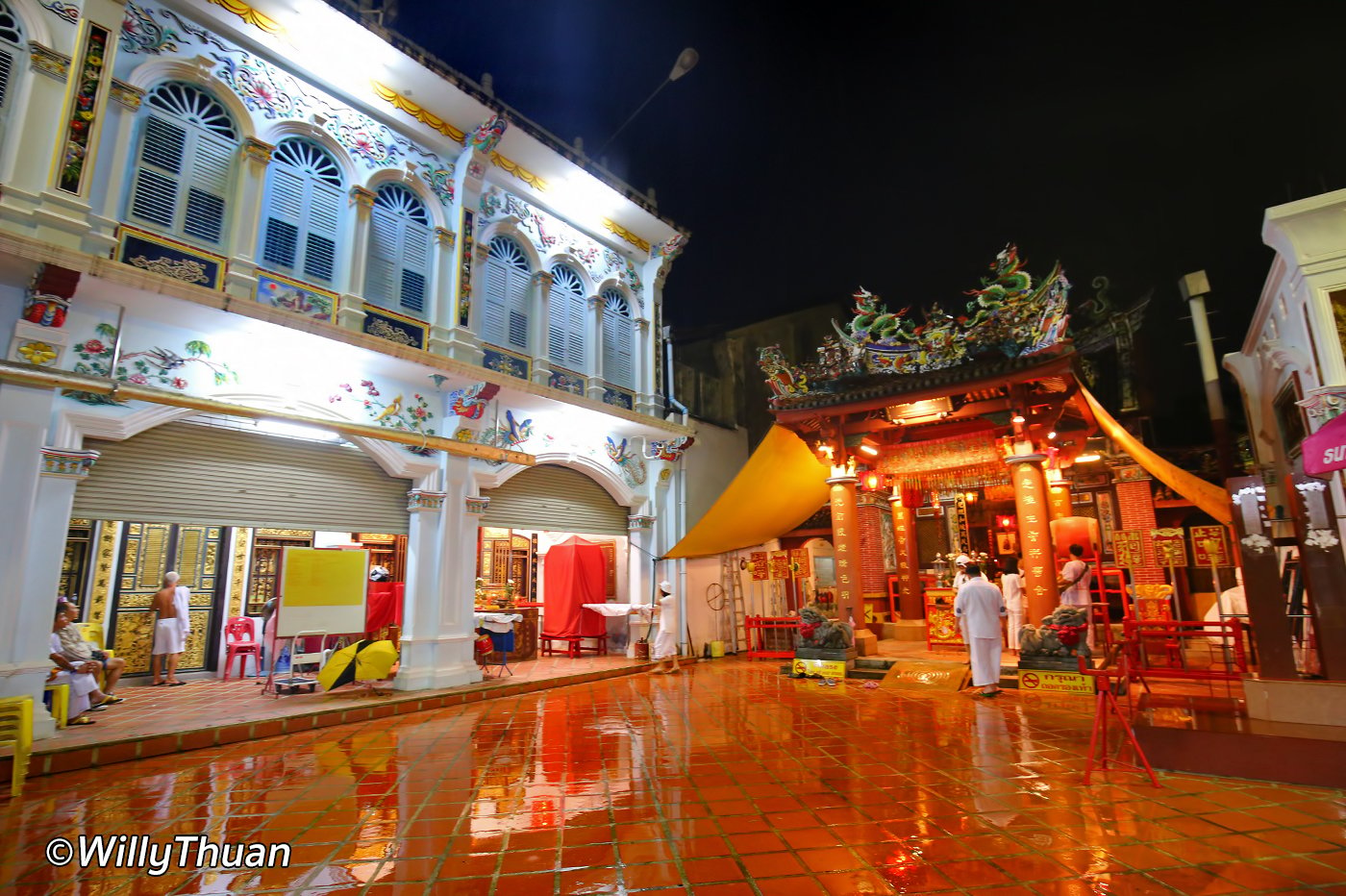 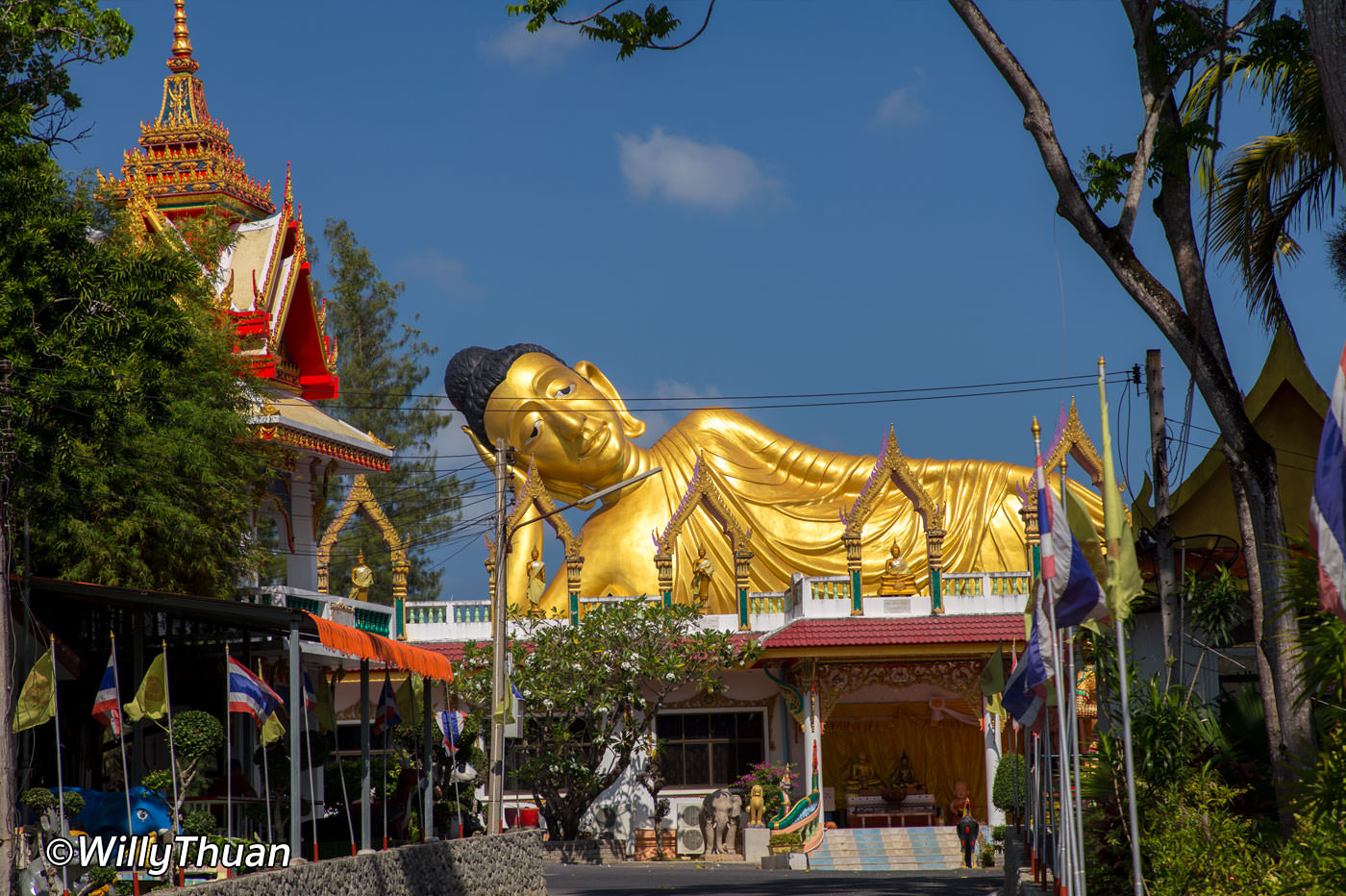 Phuket Reclining Golden Buddha Wat Sri Sunthon (Wat Srisoonthorn) is known for the immense golden Buddha reclining at the top of a large building in the 'Pang Sai Yat' posture, which corresponds to “Realizing Nirvana” (read more here). The statue seems to be staring endlessly at the frantic traffic on the nearby road to Phuket International Airport. Of course, you already knew that 'Wat' is the Thai word for 'Temple'. [toc] 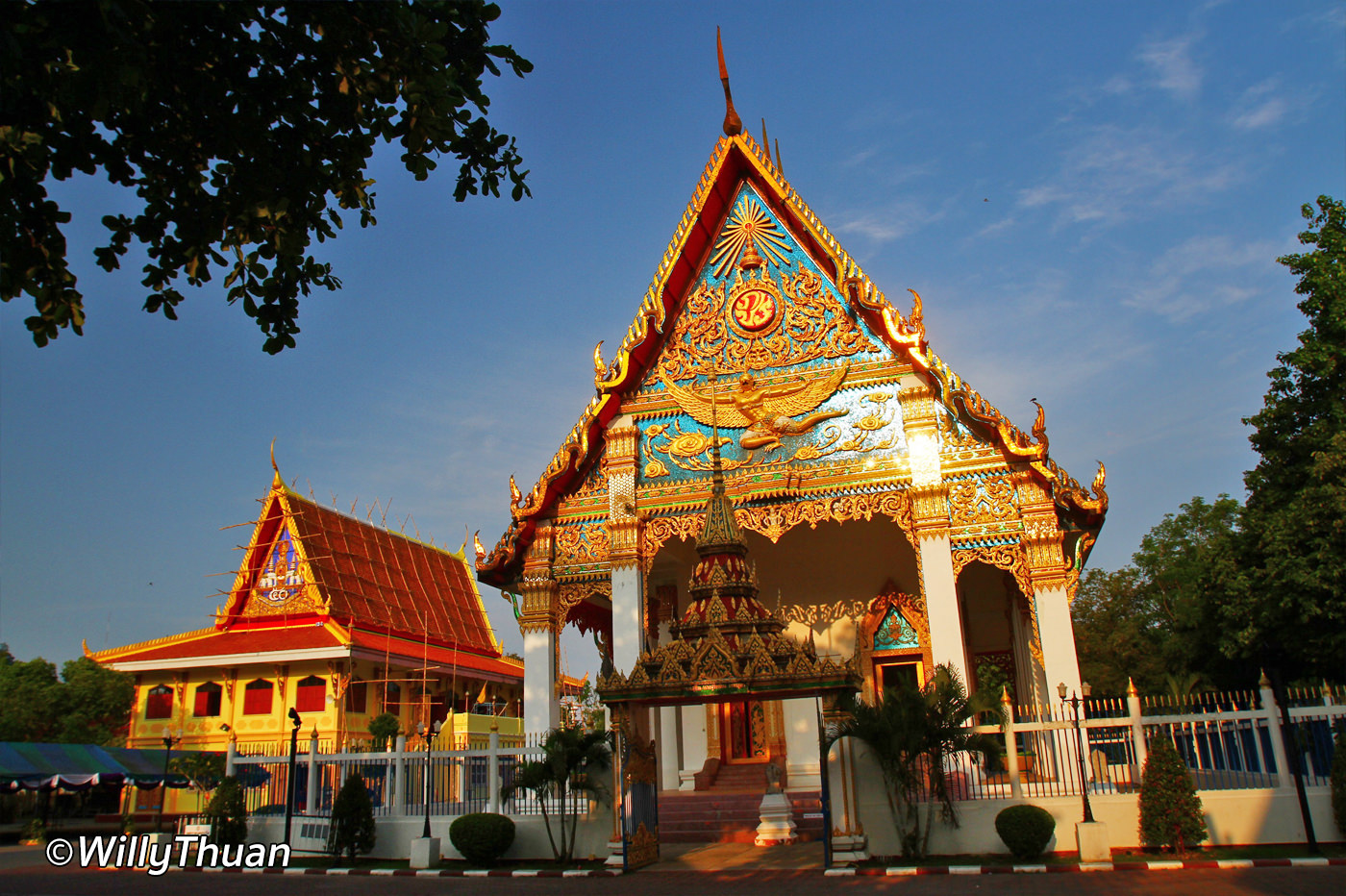 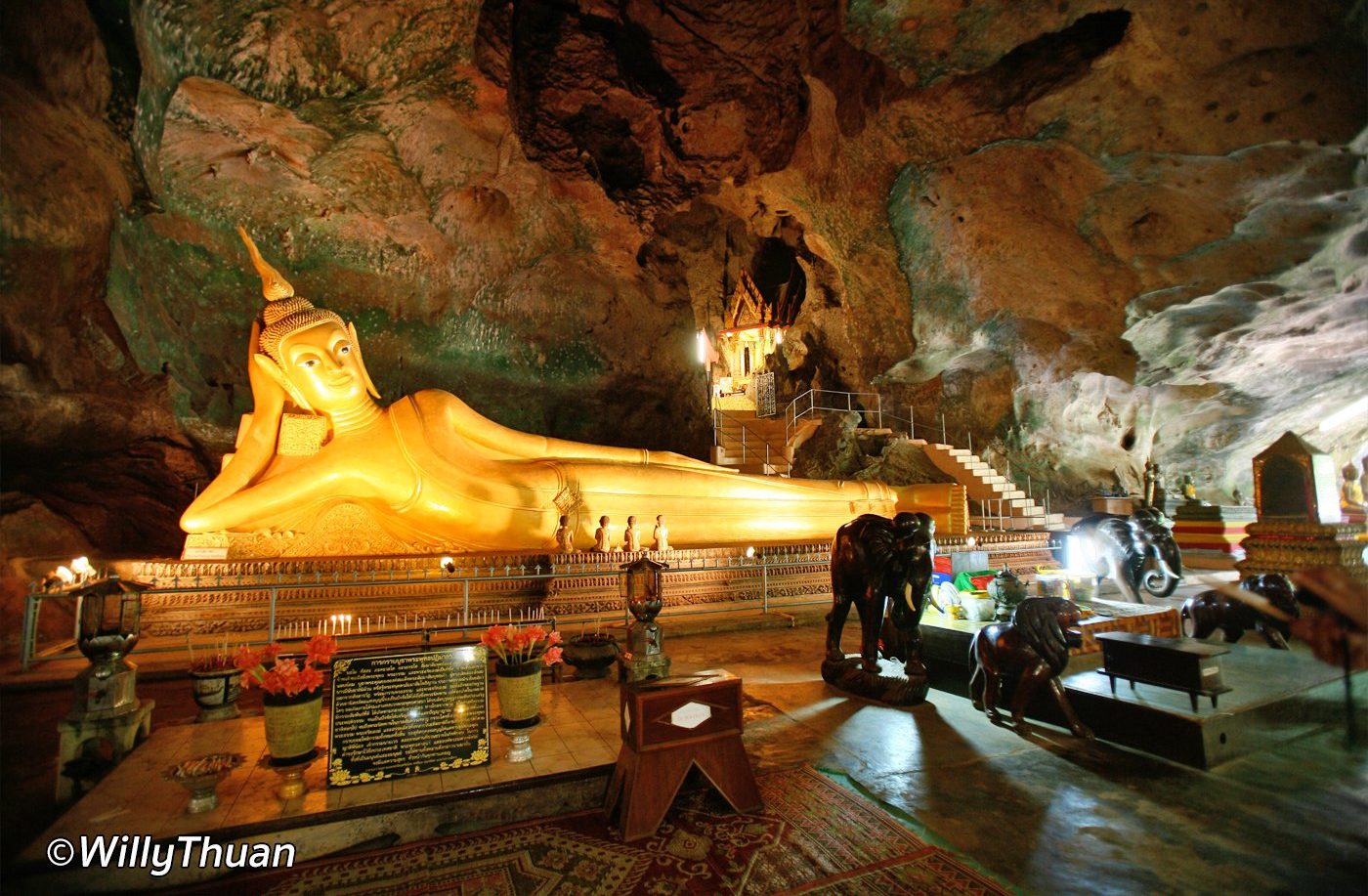 Wat Suwan Kuha - Buddha Cave in Phang Nga [toc] Wat Suwan Kuha is a surprising cave sheltering an immense reclining golden Buddha. If you feel like a little drive outside Phuket island, this is your chance to explore another side of Phang Nga! This region is not only famous for incredible limestone cliffs plunging straight down into the sea, but also for some unexpected jewels. If you rent a

An island within Phuket [toc] Koh Sirey is an island, but you would never guess it from a map and many probably have never heard of it. Connected to Phuket town by a very short bridge, this small piece of land doesn't have any particular signs but this is where you will find the beautiful Westin Siray Bay Resort. [the_ad id="30528"] What to Do on Sirey Island Besides the temple 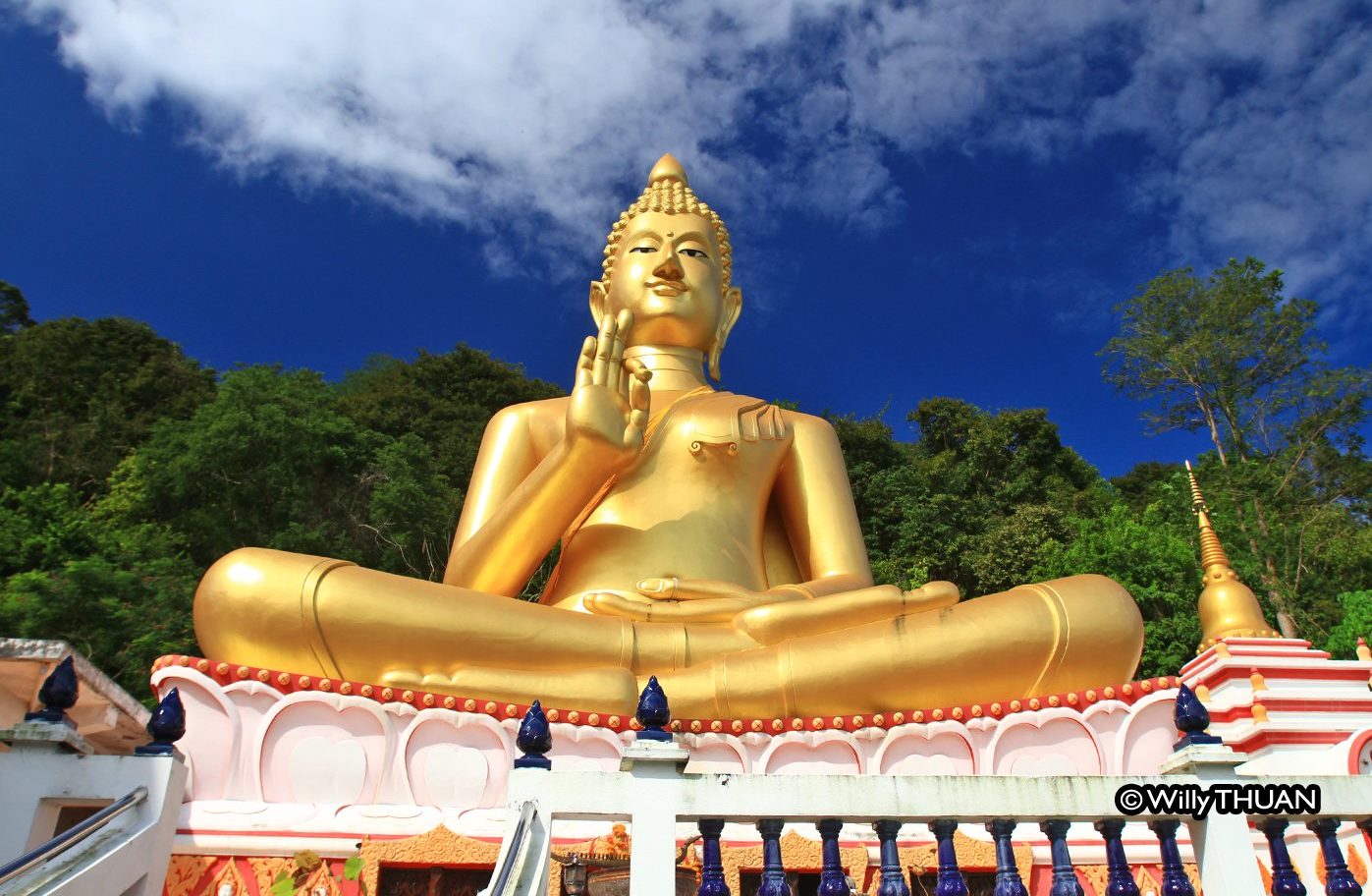 Phuket Golden Sitting Buddha [toc] Wat Khao Rang (Kao Rang Temple) is a modest temple in Phuket town that would be somewhat anonymous if it was not for its large and majestic golden sitting Buddha. But is the giant Buddha not supposed to be much bigger and made of white marble? True, this one is the golden Buddha of Phuket Town, one of the first sitting Buddha in Phuket, built

Buddha Postures for the Seven Days of the Week 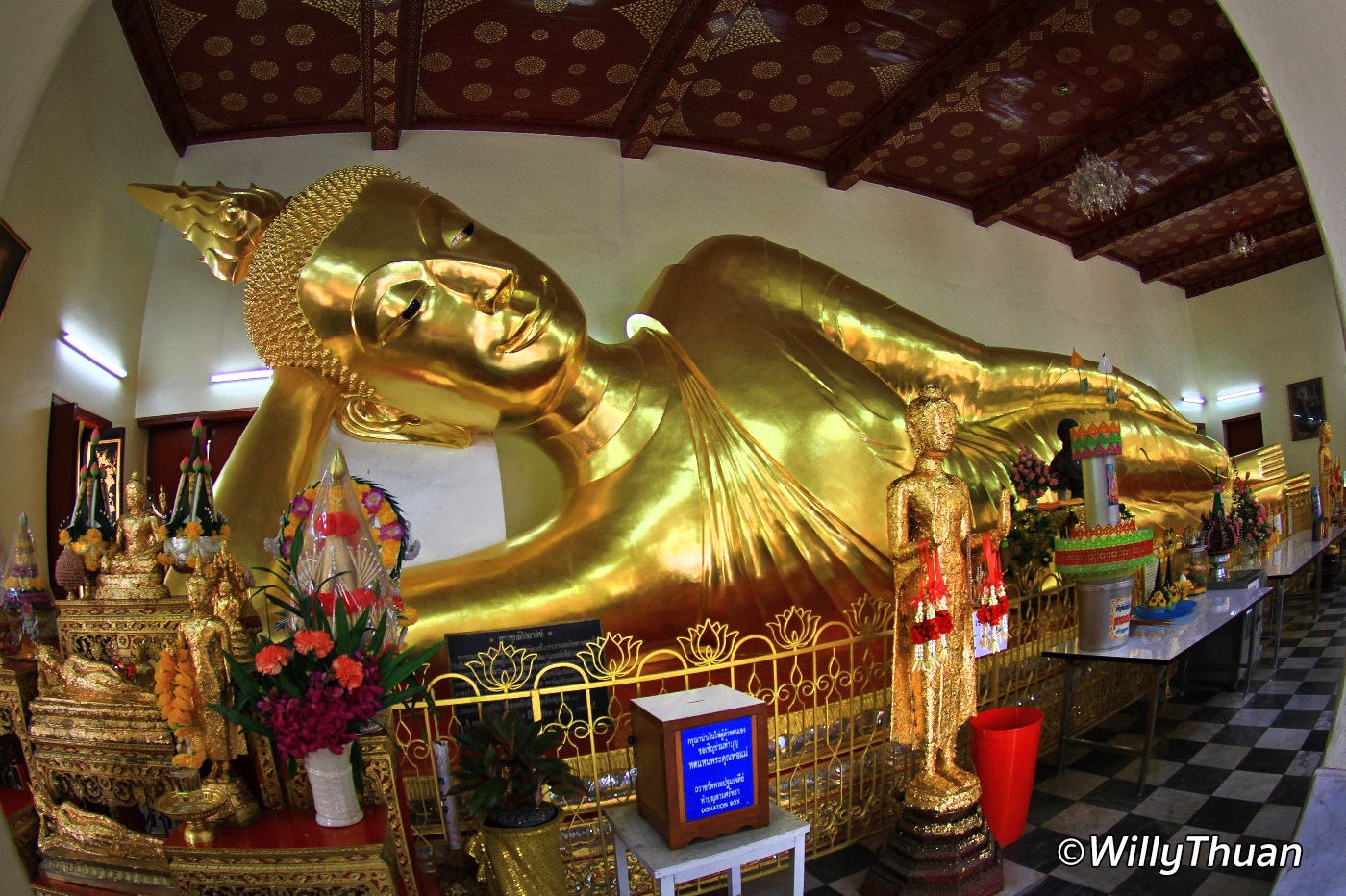 7 Buddha Postures for the 7 Days of the Week [toc] If you have been to a temple (or 'Wat') in Thailand, you might have noticed that the Buddha appears in standing, sitting or reclining postures. In some, you will even see seven (sometimes eight) statues of Buddha aligned next to each other, often with a donation cup in front of it. So what does it mean? Many people see 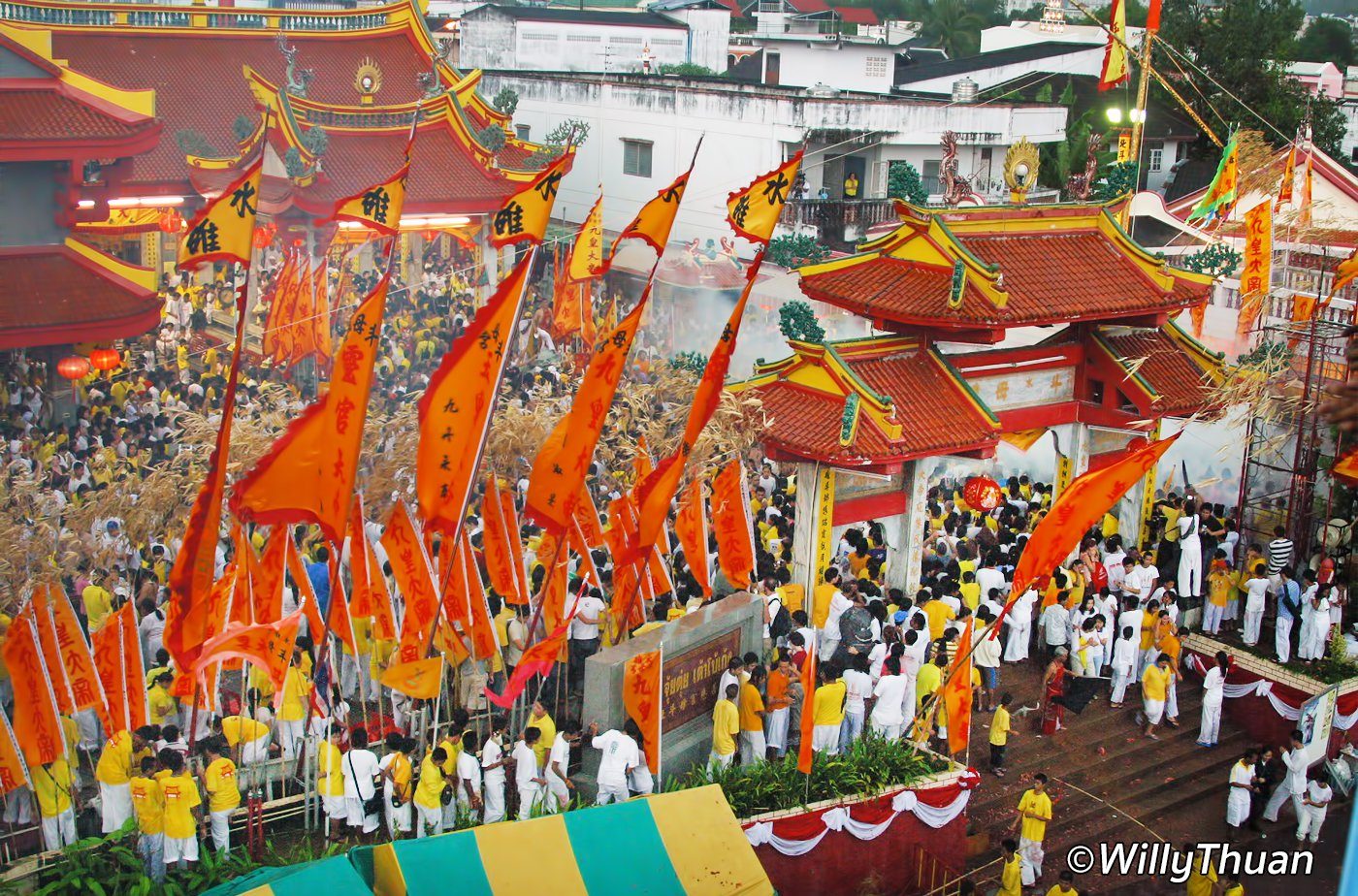 Phuket Chinese Temples [toc] The Chinese shrines of Phuket offer always an excellent opportunity for some good photo. There are quite a few around, and each of them has its own characters and unique features. The large ones are very popular during Chinese New Year in February, or the Phuket Vegetarian Festival in October, and can get extremely crowded, not to mention very loud from firecrackers. 1. Jui Tui Shrine 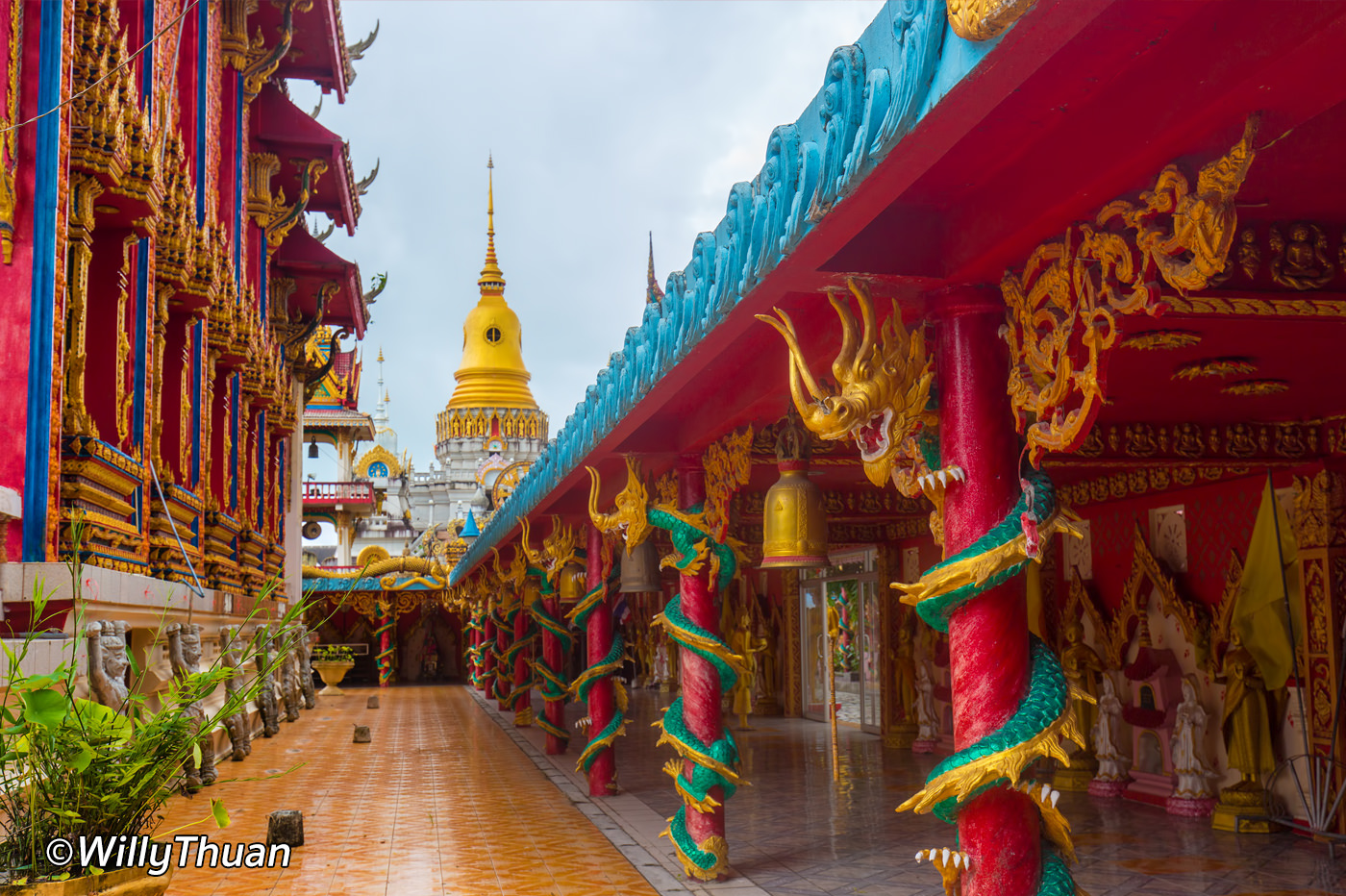 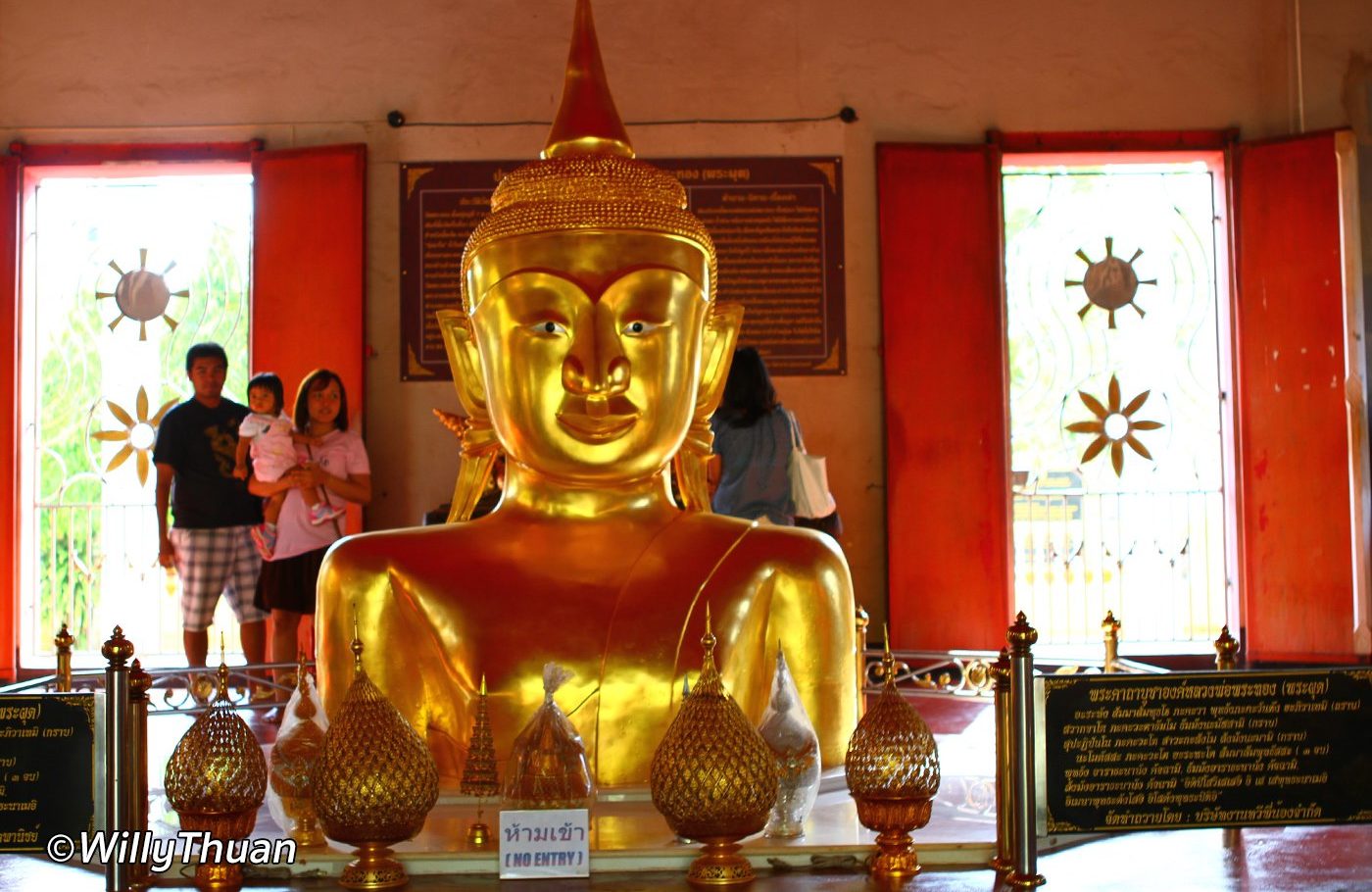 Wat Prathong in Thalang [toc] Wat Phra Thong (or Wat Prathong) meaning 'Golden Buddha Image Temple' is a very old temple with an incredible legend behind it, the kind of story that irresistibly attracts people... It's not very big or impressive, but the first thing everyone wants to see is the famous half buried golden Buddha. So what is this strange legend about a temple located in Thalang, on the

Phuket Vegetarian Festival Typical Schedule and Calendar In case you are coming to Phuket in October, here is a Phuket Vegetarian Festival Schedule and Calendar of each day event, in which temple each events will occur, when and where the famous processions will happen. Remember to bring a mask for the smoke and ear protections as the firecrackers sound will leave you deaf for a day. Read all about Phuket