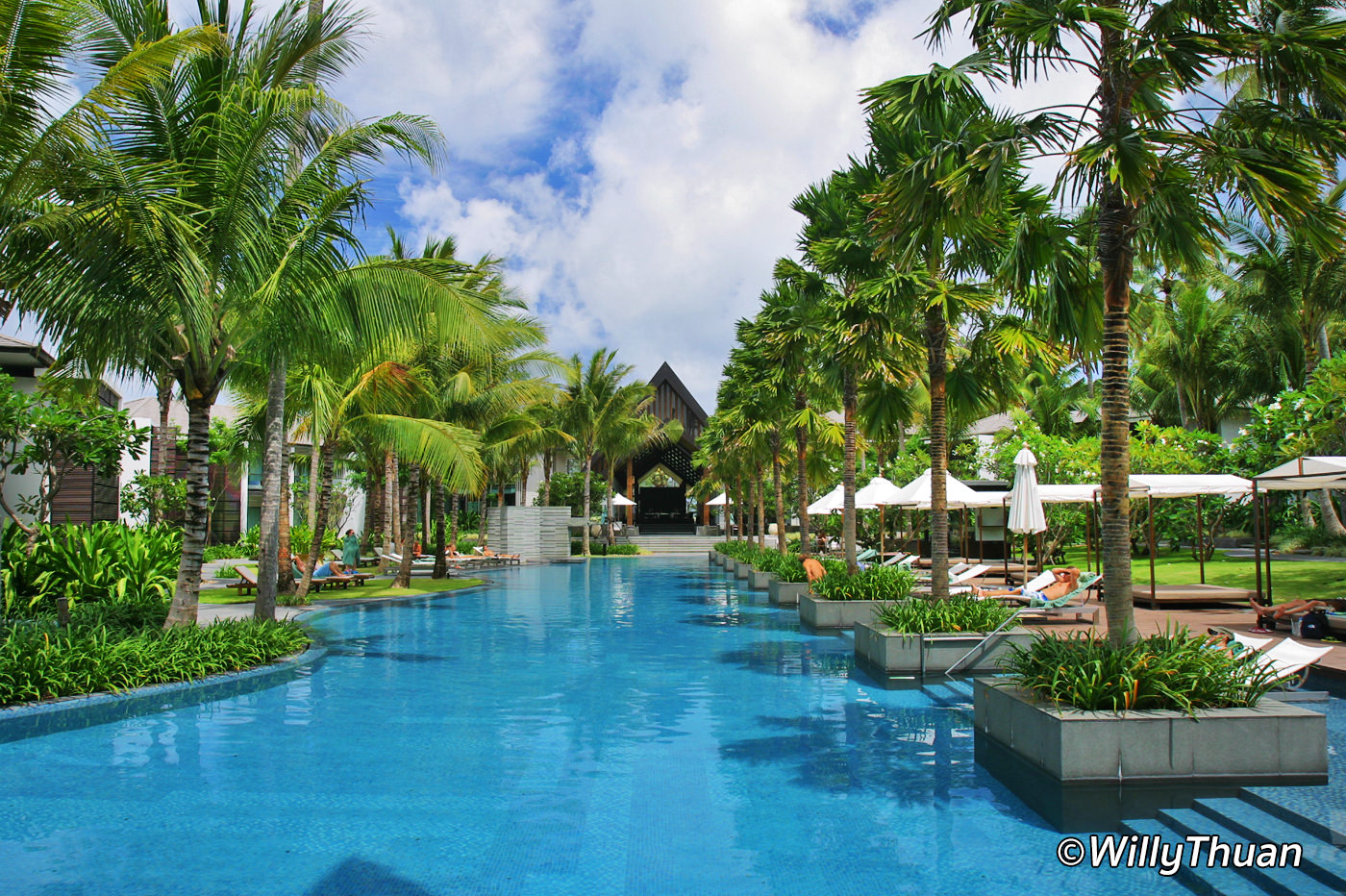 Twinpalms Phuket Resort near Surin Beach is not just another resort. Not many hotels in Phuket have set the trend for other hotels to follow and Twinpalms Resort Phuket is one of them. Creative and original in many ways, Twinpalms Phuket doesn’t have beachfront access and not even a sea view, it’s not cheap either. But from the opening day, it was an instant success. Minimalist designs with elegant lines, large spacious rooms, a very large central pool lined by tall sugar palm trees, the hotel feels just right. 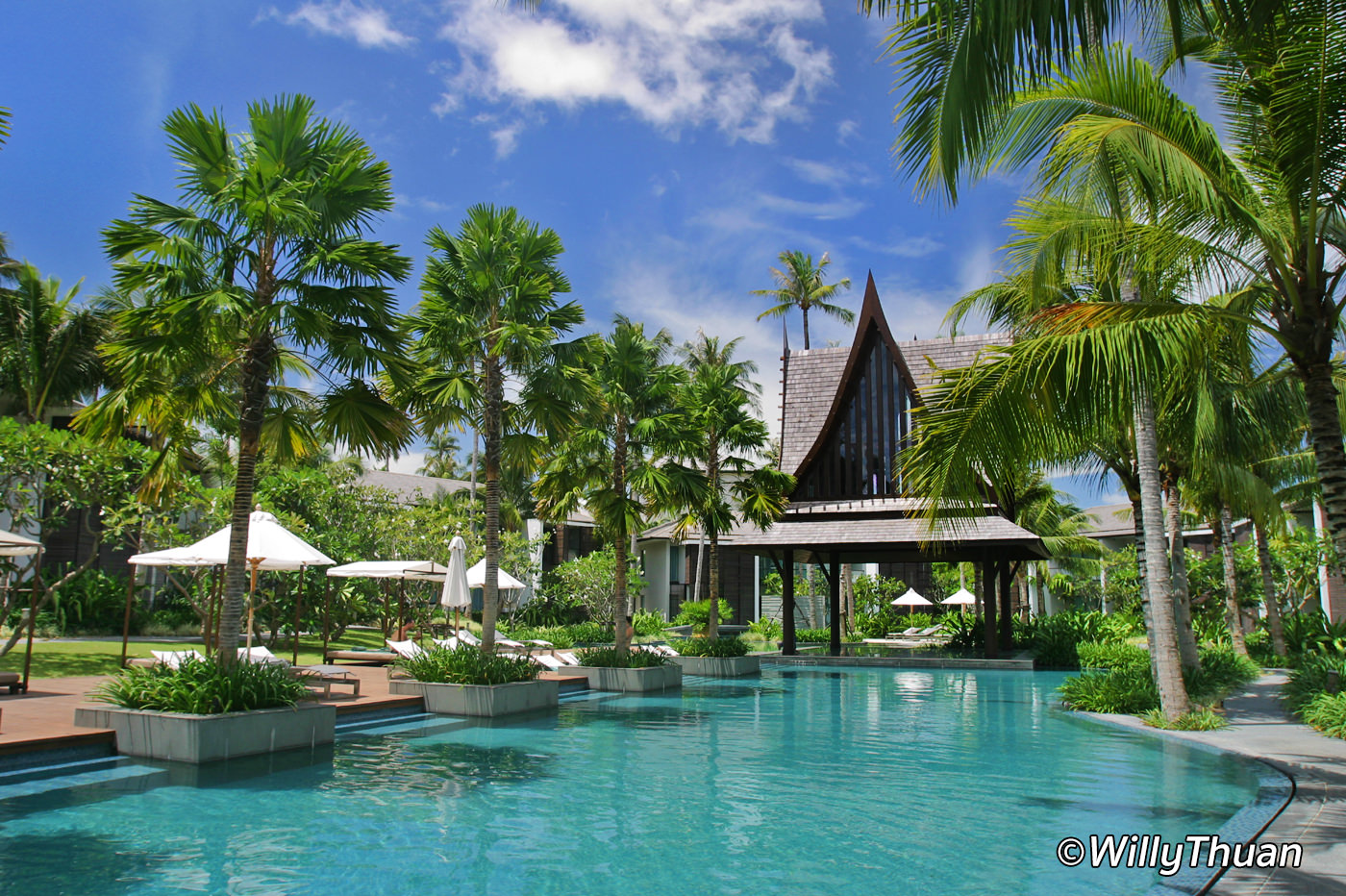 Twinpalms Phuket famous ‘Sunday brunch’ was also one of the keys to their fast popularity. An all you can eat for 1,200 baht, it’s more lunch than brunch. That includes a bottle of wine for two, imported french oysters, crabs and lobsters, lamb and a good palette of cheeses (with some really smelly looking ones). And everyone’s favourite: the chocolate fountain with plenty of fresh strawberries to dip in. First, to bring the Sunday brunch idea to Phuket, Twinpalms was soon copied but never equalled. 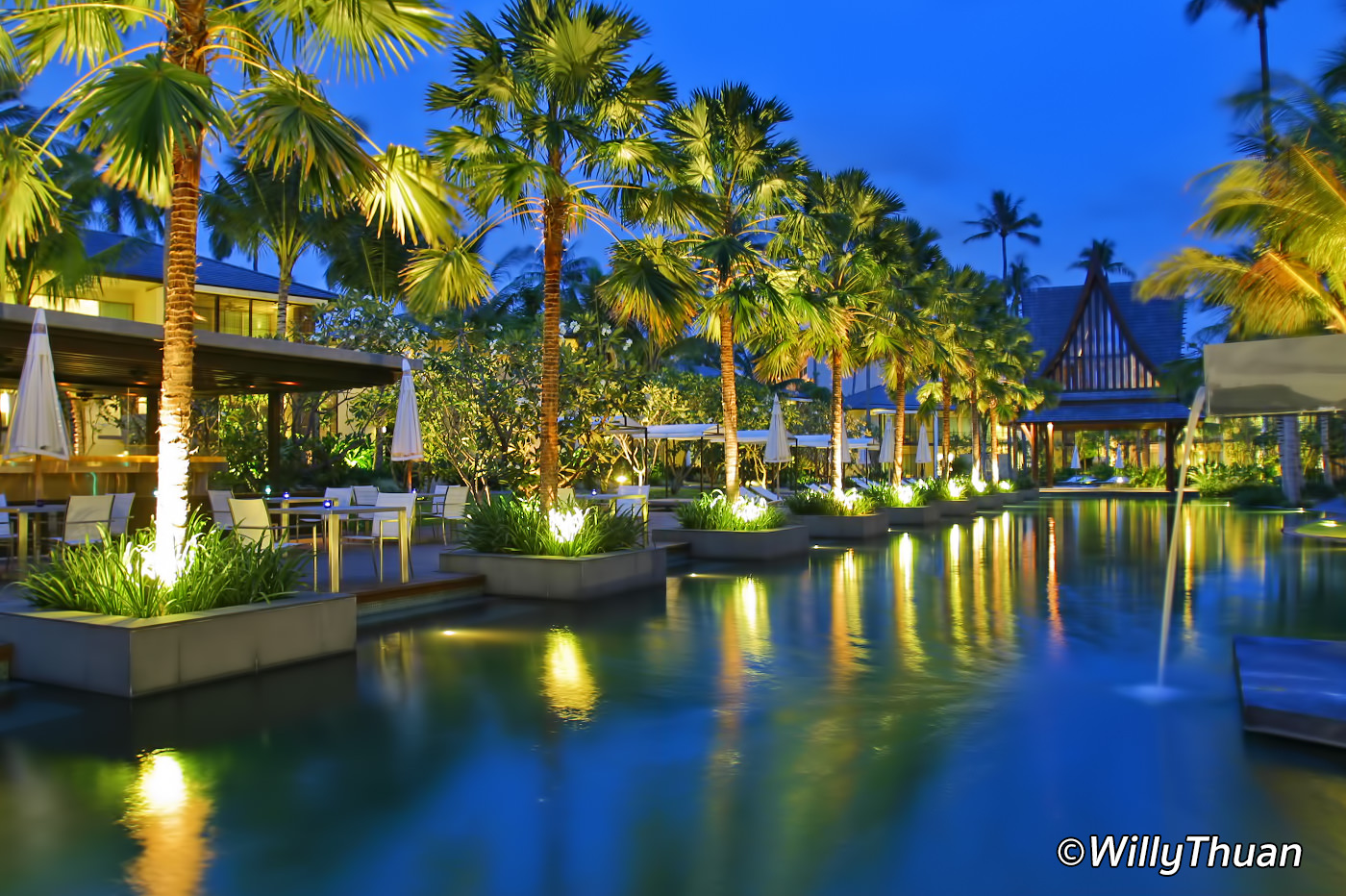 A large black marble-floored lobby opens to the right on the ‘Oriental Spoon’ Restaurant, where the brunch takes place, and to the left, on a large high end spa. If you stay there, keep it for a rainy day, it is worth it (too bad if you only get sunny days :D). It’s more than just a massage, it’s an experience. I once had a three hours treatment and I felt a bit out of reality once finished. Next to it is a shop selling nice original items, such hotel would certainly not just sell the usual ‘tourist stuff’. And further down past the library, you reach the swimming pool and its bar. 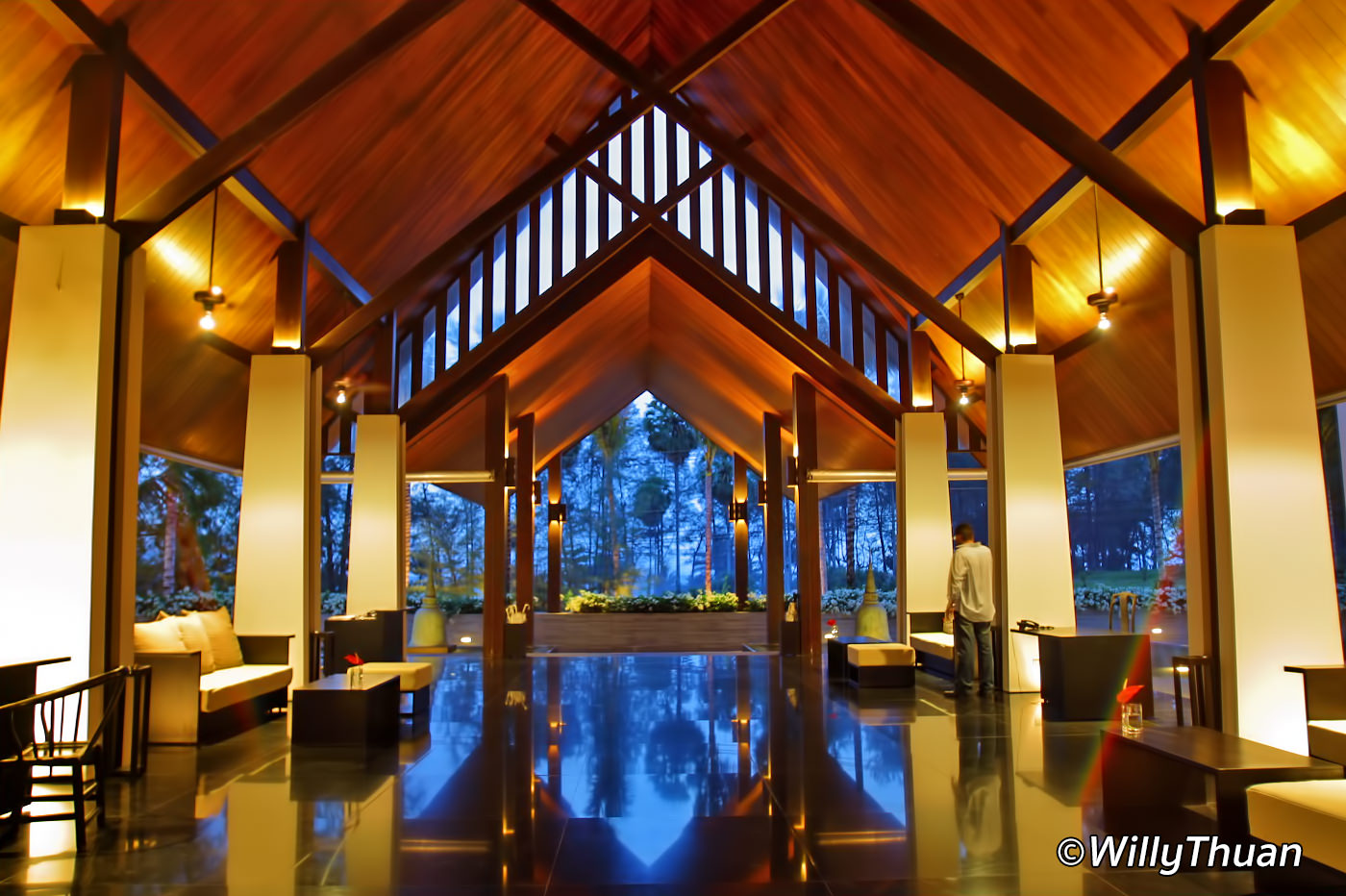 Around this long free-form pool, is your room, large and fitted with a central bed. Lots of space were given to the bathroom and to the very large balcony with sofas, open right on the pool. Twinpalms Room types are Deluxe Rooms, Grand Deluxe, Suites and Rooftop Penthouse Duplex, (I actually never visited that one but I know it comes with its own pool).

The beach is not far, you just have to walk through a small park to get to reach Surin Beach, one of the most beautiful places on the island.

Our verdict? Twinpalms Phuket is another favourite resort on Phuket Island… and we are kind of picky on our hotel choices 🙂 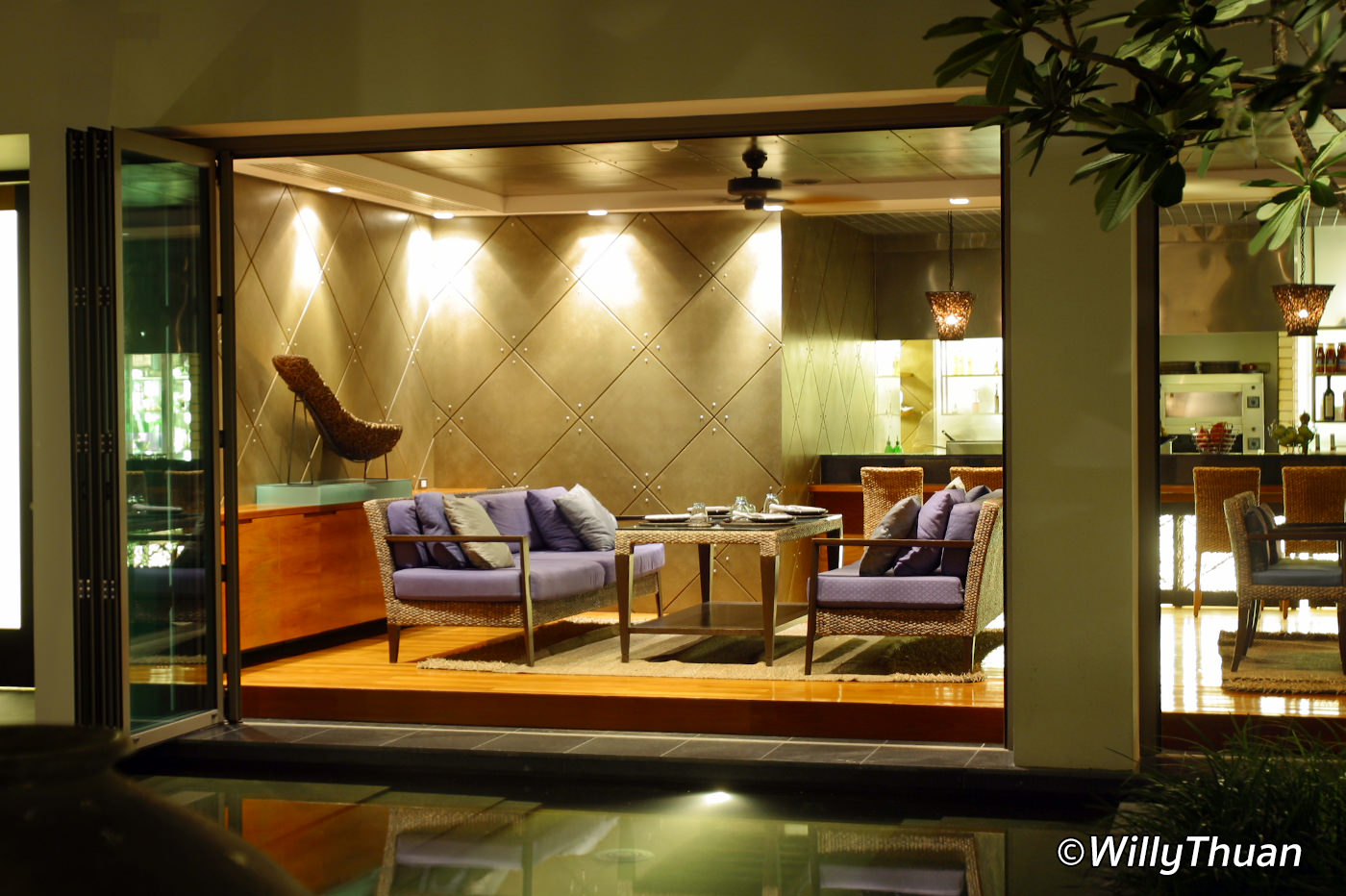 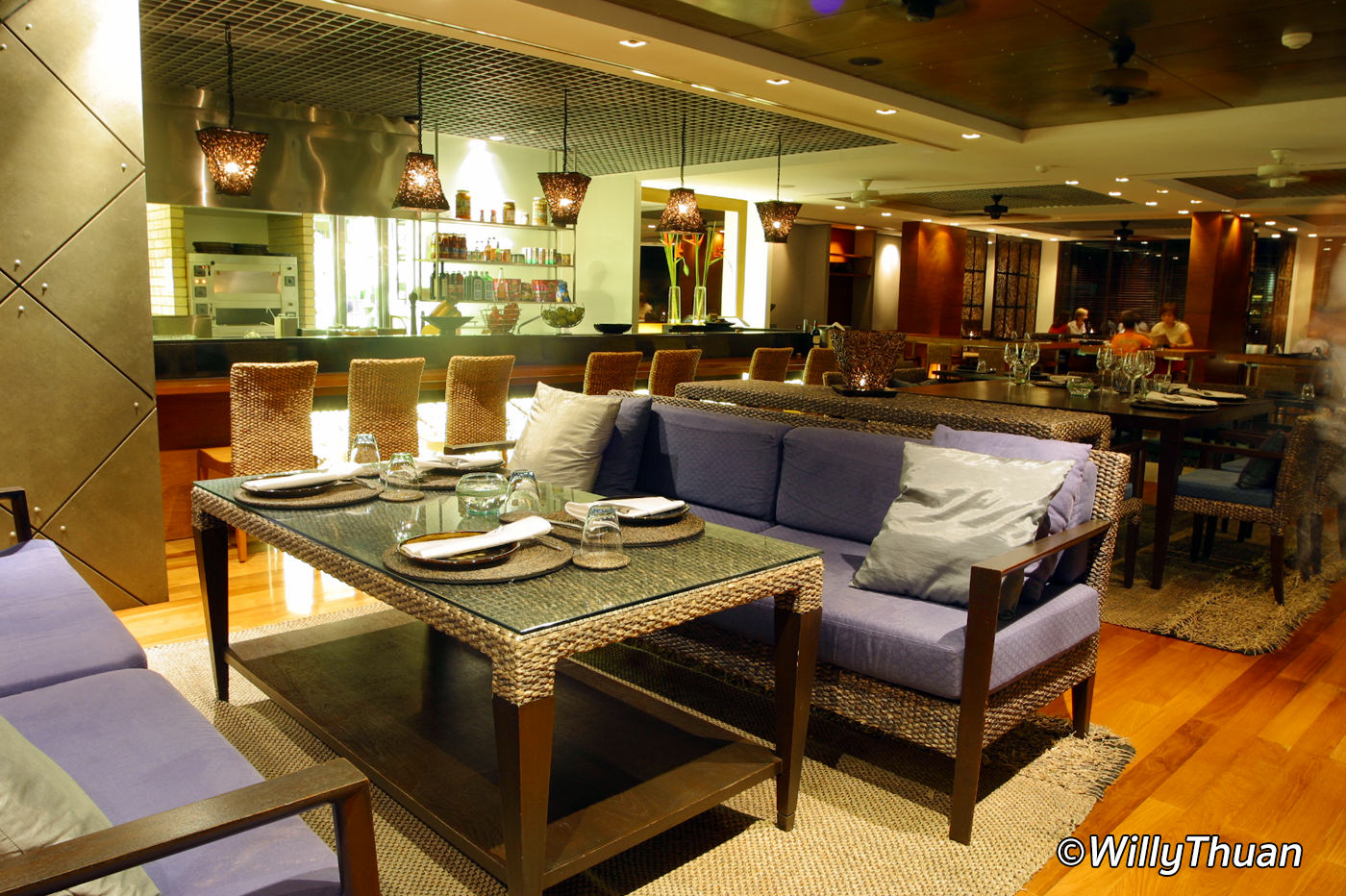 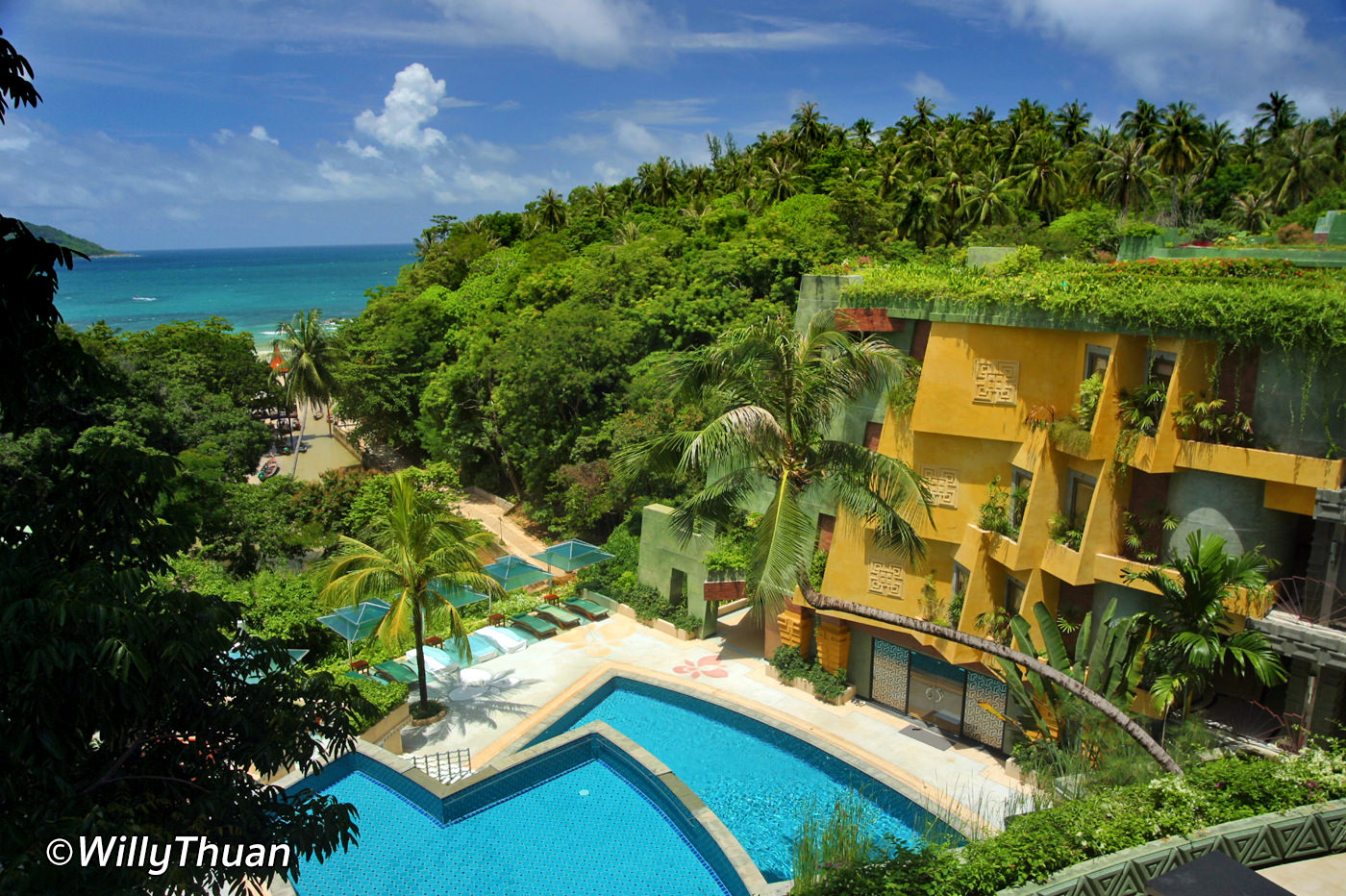 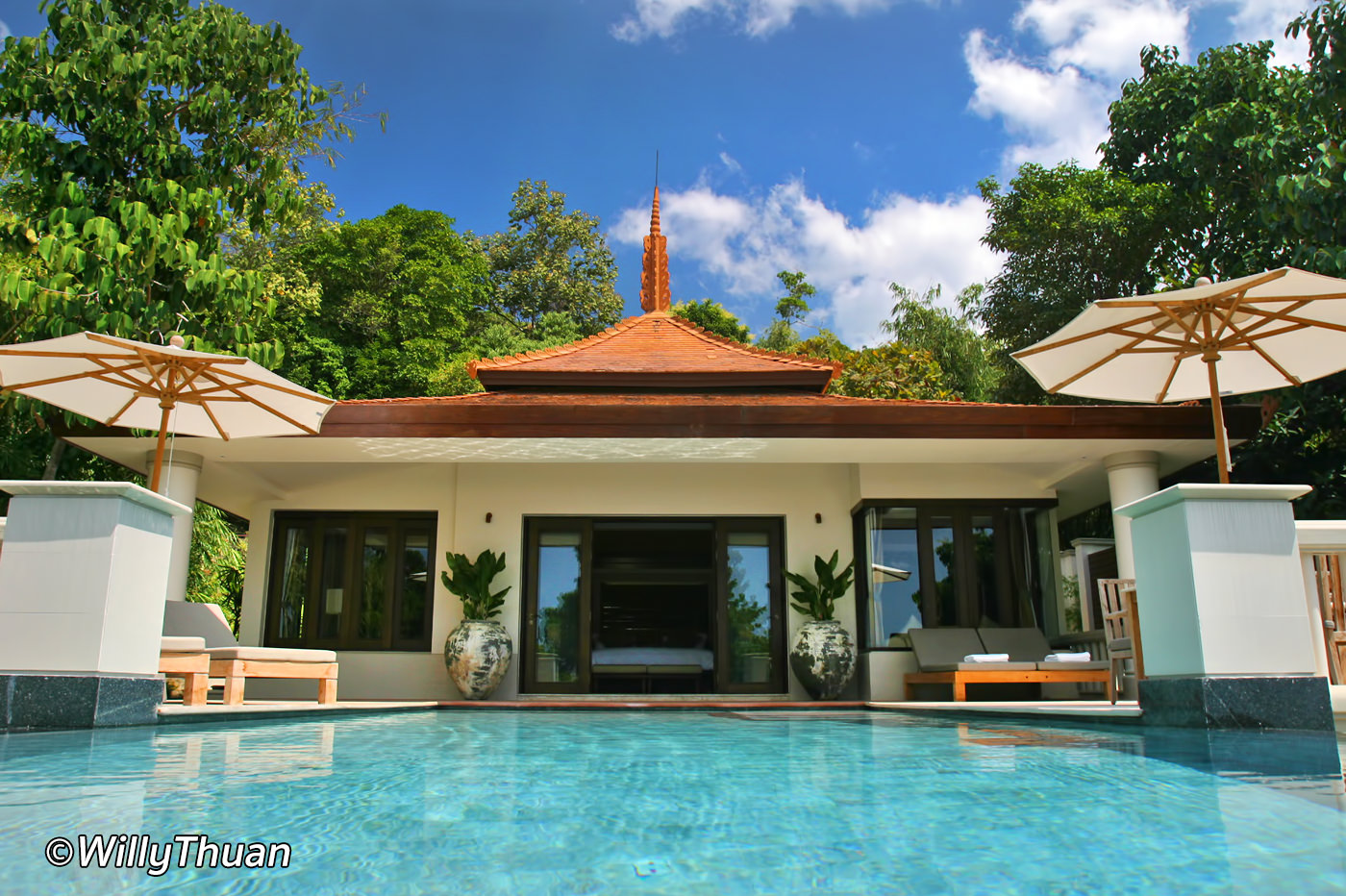