Savoey Seafood Restaurant might not be the best seafood restaurant in Phuket, but if you don’t want to or can’t drive outside Patong beach and don’t feel like dining in a food court, it’s a good place for a seafood dinner. We usually don’t write much about tourist places, but many readers asked ‘Where can we eat seafood within Patong’. Savoey seafood is still a popular restaurant, so we had to try it and decide for ourselves, so please place this review within its context. 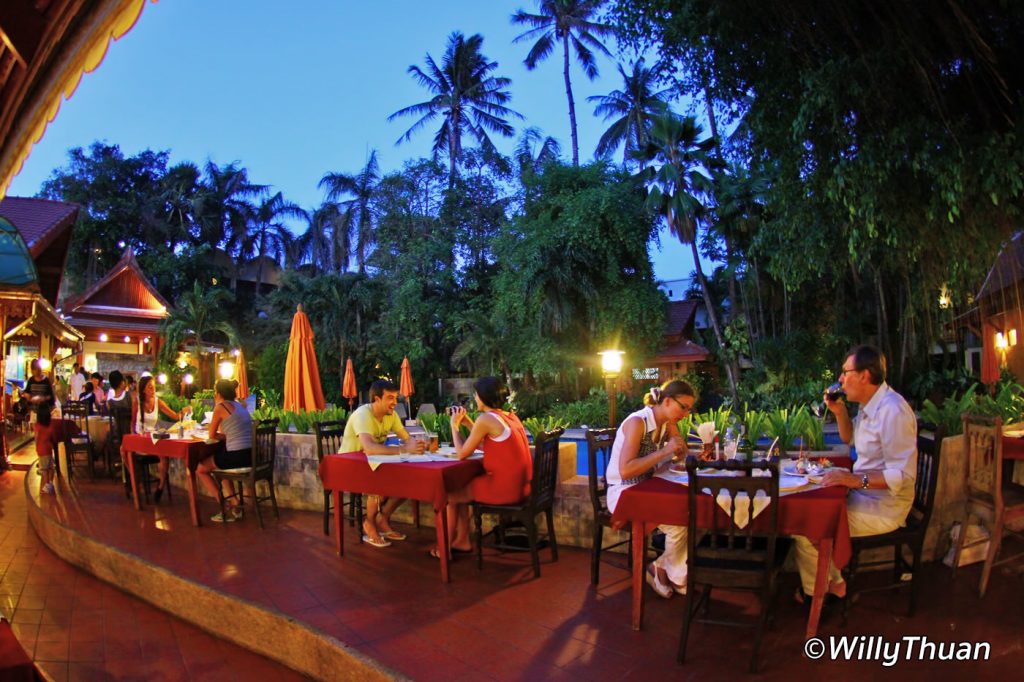 Savoey Seafood, part of the Safari Beach Hotel, is an iconic restaurant located near the intersection of the famous Bangla Road and beach road, a very strategic location in Patong. Opened for more than twenty years, it witnessed the transformation of Patong from a tiny village to the vast hectic town it has become.

At the time of its opening, Savoey was considered a fancy place. This venue displays a large amount of fish, shells, prawns, lobsters and crabs on ice right by the street side. Such advertising never fails to attract customers, and according to the well-known principle ‘crowds attracts crowd’, the place is full every day. 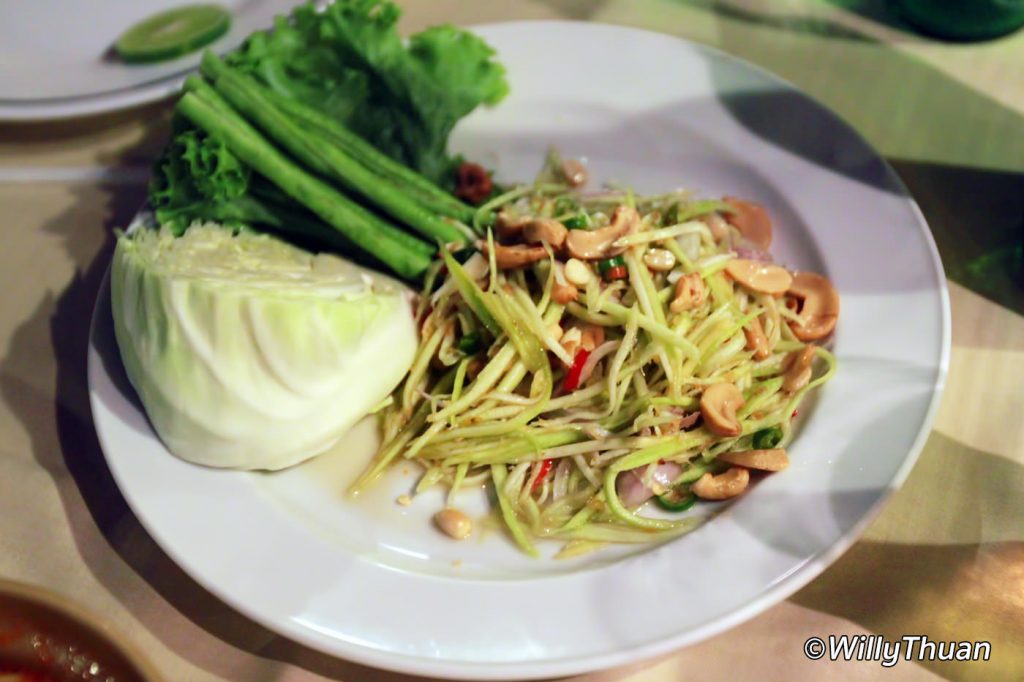 Expats and long-time returnees who learned the ropes of the island tend to look down on Savoey, but they often forget that for a new tourist, going to the best but remote local seafood places such as Mor Mu Dong or the Kru Suwit floating restaurant is not always easy. So we had to be fair, we did go there in the past and to be able to write this story objectively, we went back with an opened mind.

The parking is almost nonexistent, it was a bit of a worry, but a friendly staff parked our car neatly for us. The restaurant was as big and packed as we remembered it, but very efficient waitresses found us a good table near the pool, so we didn’t hear any of the street noises. The menu was available in as many languages as nationalities visiting Phuket. 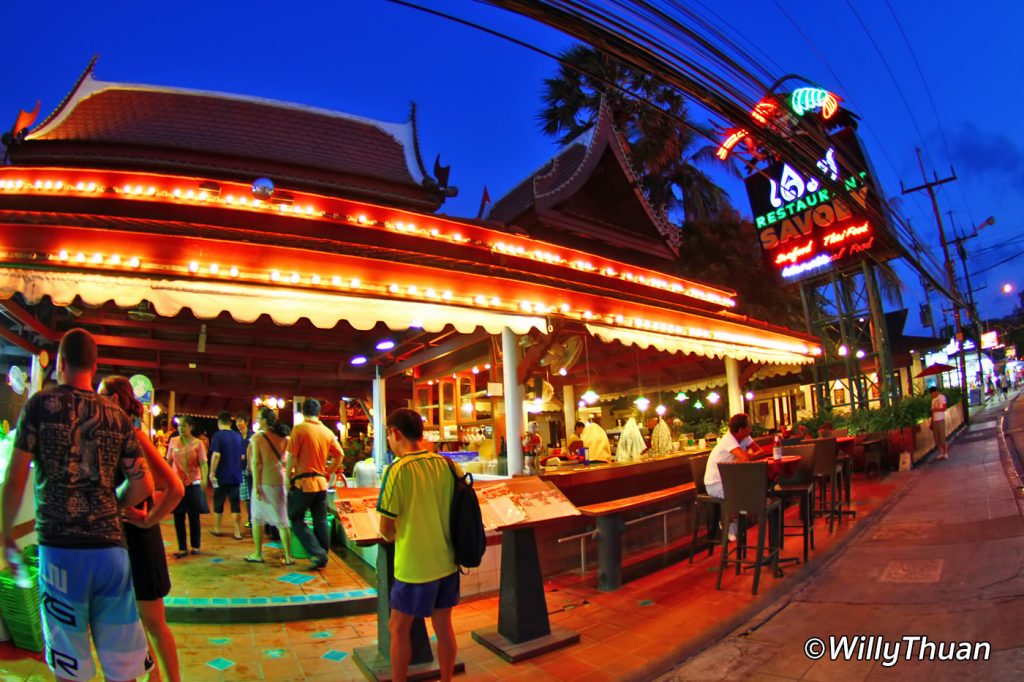 We decided to choose things Thai such as a classic Yum Ma Muang, a spicy green mango salad (100 Baht) that happened to be very good despite being less spicy than we usually like it. Great for beginners. Then how could we not order a Tom Yum Goong (100 Baht)? This being probably the first dish anyone would want to try on their first trip, and here too, we were very satisfied. Now moment of truth, we went over the top and ordered a whole fish, and not any fish, a silver Pomfret (750 Baht) which is known to be better than the white Pomfret often served in street stalls, but also more expensive.

Once again, we enjoyed it. Some huge barbecue skid (300 Baht) can never go wrong. To go with this, some stir-fried morning glory, one of the most popular vegetables in Thailand (150 Baht). Altogether yes it is more expensive than street food, but in general, you’d also pay more in this kind of restaurant because of their large seafood size. Street stalls are always cheaper, but seafood is often a lot smaller, so it’s up to your taste. 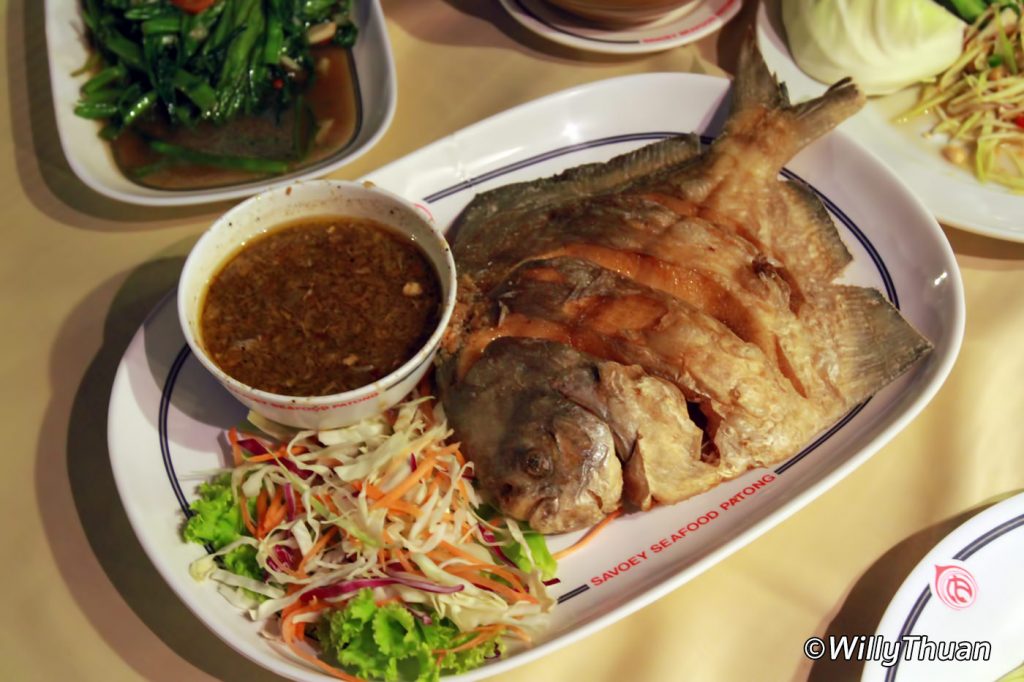 So at the end, the verdict is that food was Thai and a bit toned down on spices, which can be adjusted easily by asking the waitress to make it spicy. On average, it will never be as hot as in some local joint; cooks are used to tourist overestimating how fierce Thai chilli can be. Price is higher than in food courts, but it’s more comfortable, fish and seafood are more varied and bigger. 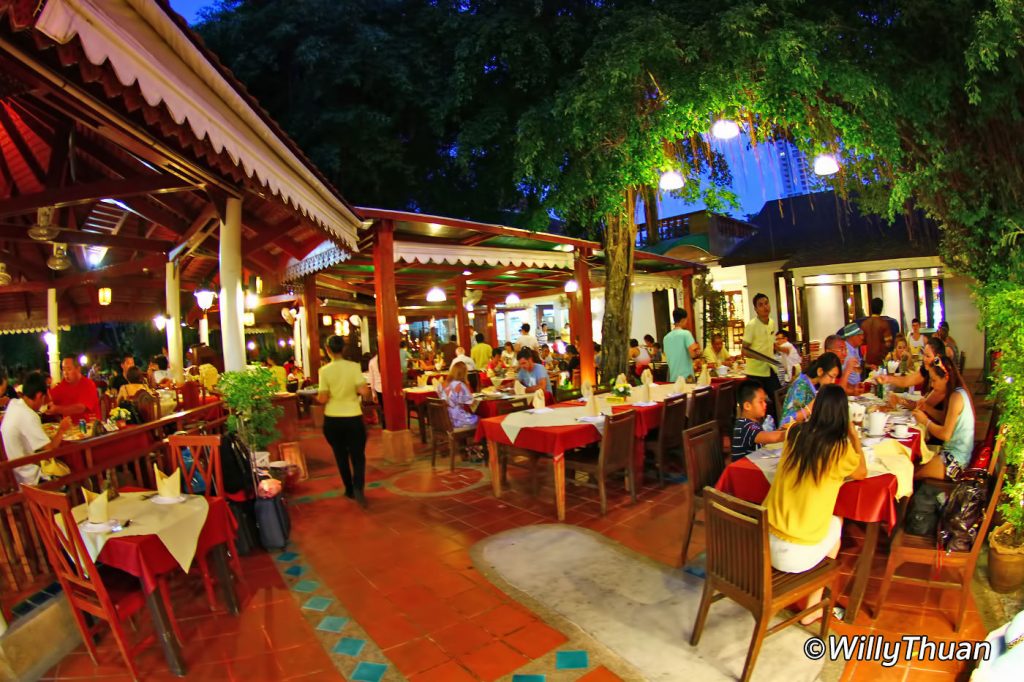 Now if you are travelling on a budget and you still want to eat seafood, there is a popular seafood court on Bangla, just behind the defunct Tiger disco (the old Tiger). 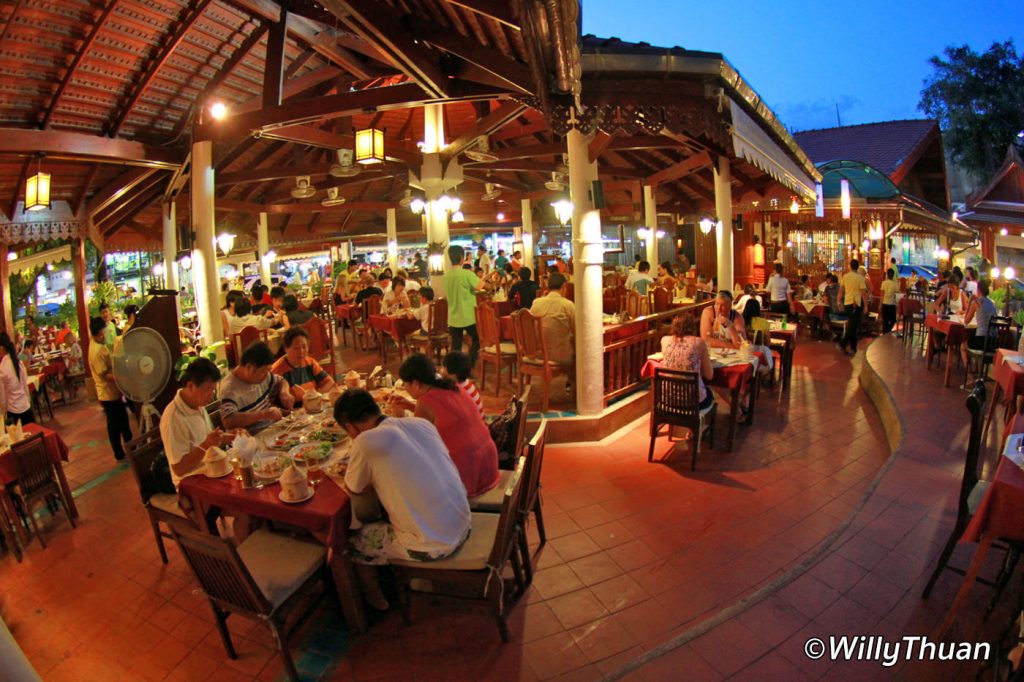 You may also want to read