Where to watch planes landing in Phuket?

Plane spotting in Phuket just moved to our growing list of Best Things to Do in Phuket. Watching planes landing in Phuket has become a top-rated attraction in recent years. It’s easy, fun, super impressive, and with such a beautiful beach as a background, it is an excellent photo playground. So where is it? How do we go there? Is it allowed? Let’s see if we can answer some of these questions.

Note: planes only land over the beach of Mai Khao during the high season!

When to get there?

It sounds strange, but yes, there is a season to see the landing planes in Phuket, and it has nothing to do with migration or mating seasons. It has to do with the monsoon!

During high season in Phuket, the wind blows from east to west, and as everyone knows (assuming), planes need to face the wind to take off to get some lift or get air resistance when landing.

The best time to see planes landing over the ocean is December to June. Then low season arrives, and the wind suddenly decides to blow the other way around! So aircraft will approach from the roadside and take off over the beach. It’s a lot less impressive.

The first year we went there, Mai Khao Beach was a deserted place. (see photo below!) It was so empty that it was a non-official nudist beach! It wasn’t unusual to spot someone suntanning in the nude, just behind a tree log! Just imagine the irony: being naked on a beach with no one around, and suddenly 300 people fly over you!

It must have been fun, but this time is long gone, and the word is out big time! Now everyone is going there for a selfie or a photoshoot, and the place is probably as busy as the equivalent spot on St Martin island in the Caribbean.

No, you won’t be sentenced to death for taking selfies at Phuket Airport

Other Irony the place has recently become off-limits by the Airport Authorities of Thailand, and the fine for standing in the path of the plane was no less than the death penalty! We don’t think they meant it.

It is fun and fabulous to watch those gigantic metal machines majestically descending over the turquoise blue water of the Andaman sea. They come so close to the sea; it feels like you could almost touch their fuselage! It’s incredibly close and deafening, but also the situation is potentially dangerous. In a worst-case scenario, we don’t even want to imagine; the plane could miss the landing. We don’t need it, and we don’t want to elaborate on this frightening idea.

The second problem of standing in the plane’s path comes from the fact that recently the runway was extended and is now closer to the fence that separates the airport from the beach. As a result, planes waiting to take off come very close to people taking photos. The jet blast from a 747 or 767 is more powerful than you may think, and it will blow sand at you with incredible force. It feels like sandpaper, and all your belongings will fly in the direction of the sea!

So theoretically, while it might be ok to watch from the side. It is not allowed to stand in the direct path of the plane, but obviously, no one seems to care. Surprisingly we’ve never seen so many people since the following announcement: “The penalty for anyone failing to comply with this regulation includes the death penalty, a life sentence, or a jail term of between five to 20 years, as per the Air Aviation Act 1978,” (Phuket News 15 December 2016)

How to get there? There are 2 ways.

The first and easiest way is to drive past the airport and follow the signs with a photo of a landing plane on them. It’s quite easy. The signs will lead you to some vast parking near the beach. As soon as you park, you can tell that this forbidden landing plane is a flourishing business; a dozen shops and restaurants are waiting for locals and tourists alike!

As the parking is about 500 m from the runway, a queue of motorbikes always stands by to give you a fun ride for only 20 baht. As you arrive at the runway, guess what: there are more vendors selling drinks, local food and beach toy to play around with! Amazing!

From the Sirinat National Park

The second is from the Sirinat National Park, located south of the airport. It’s a nice woody park where locals love to come for a picnic while the kids go for a swim. There is a 30 baht fee per person during the high season as it is a national park. Park your car or bike in the designated parking near the curve, as shown on the map. Don’t park along the road as it’s theoretically not authorised. I’ve been told off once… nicely.

From there, go to the beach then walk north. you can’t miss it: there are always many people already there, and you will see planes landing very soon. You will also hear the airport activity and loud engines, so walk in this direction. Just remember it is a long walk in the sun (well, when it’s sunny, of course!) and it’s hotter than you may think, so wear a cap! In the past, we would also recommend bringing water as you will get dehydrated walking in the sand but also waiting for the next plane and the next plane and the next plane.

As you are there, enjoy some food, drinks and the fantastic sea. Surprisingly, past the runway, the beach continues for many kilometres, but there is no one on it! It’s as if people were scared of being alone on a beach! So grab your coconut and walk that beach! Who knows, maybe there is more secret to unveil in Phuket!

When is the best time to see planes?

Here is another great tip: download FlightRadar 24 app, and you will know when and which plane is landing next! Amazing!

There you have it. We tell you about it, and you then can decide to take your photos a bit away from the path as recommended or to do what most people do and stand straight on the path for a selfie no one else has!

Where to See Phuket Planes Landing in Phuket? 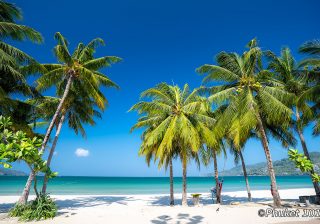 How many days do you need in Phuket for a great holiday? 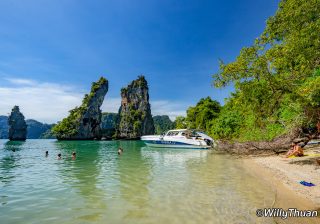 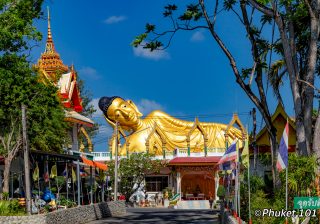