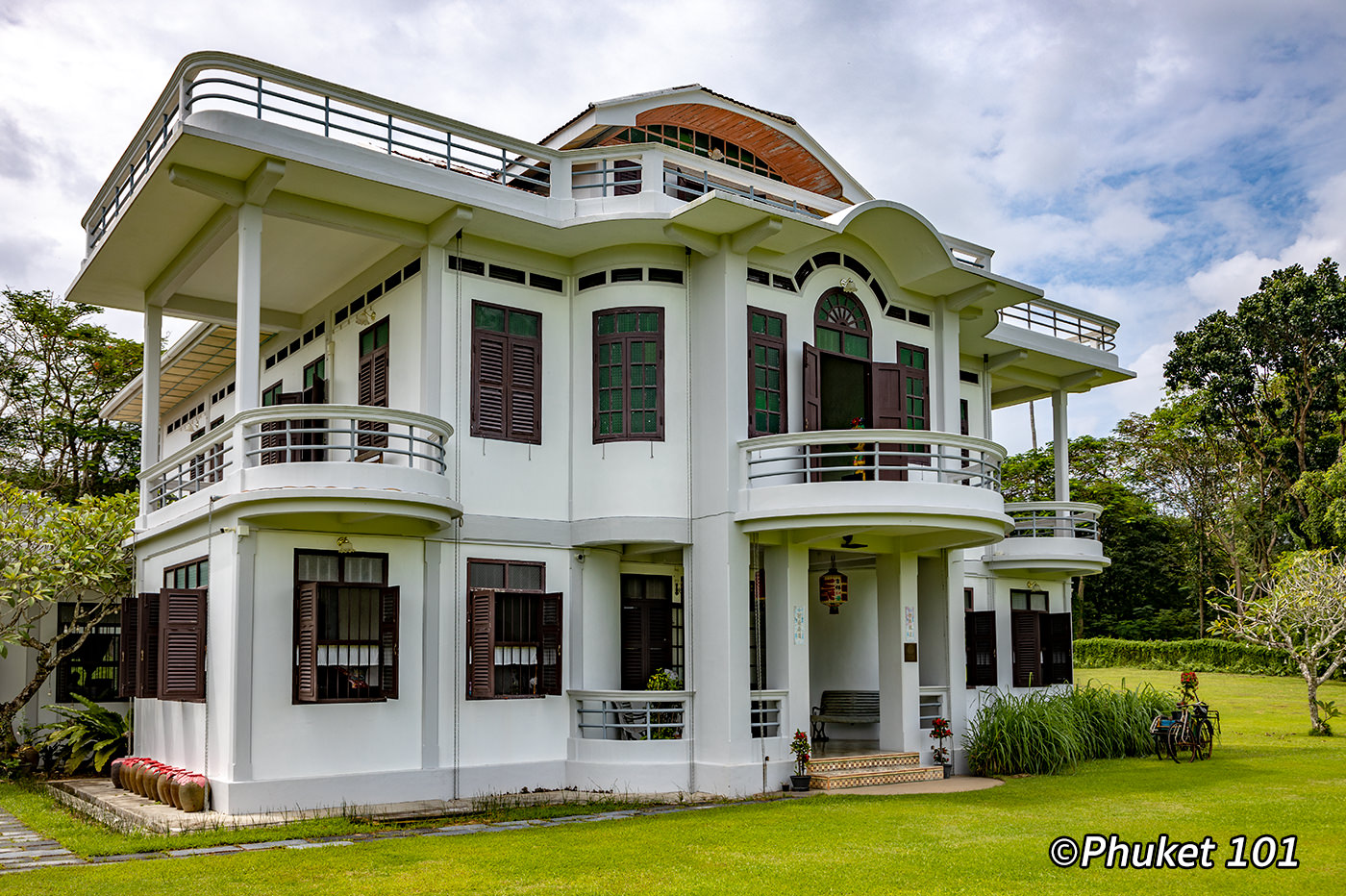 Baan Ar Jor Heritage Hotel in Phuket Baan Ar Jor is a hotel, a restaurant and a museum with a long history that started in 1936. This house has always been one of the most mysterious old mansions of Phuket, standing lonely near Mai Khao Beach in the north of … Read more 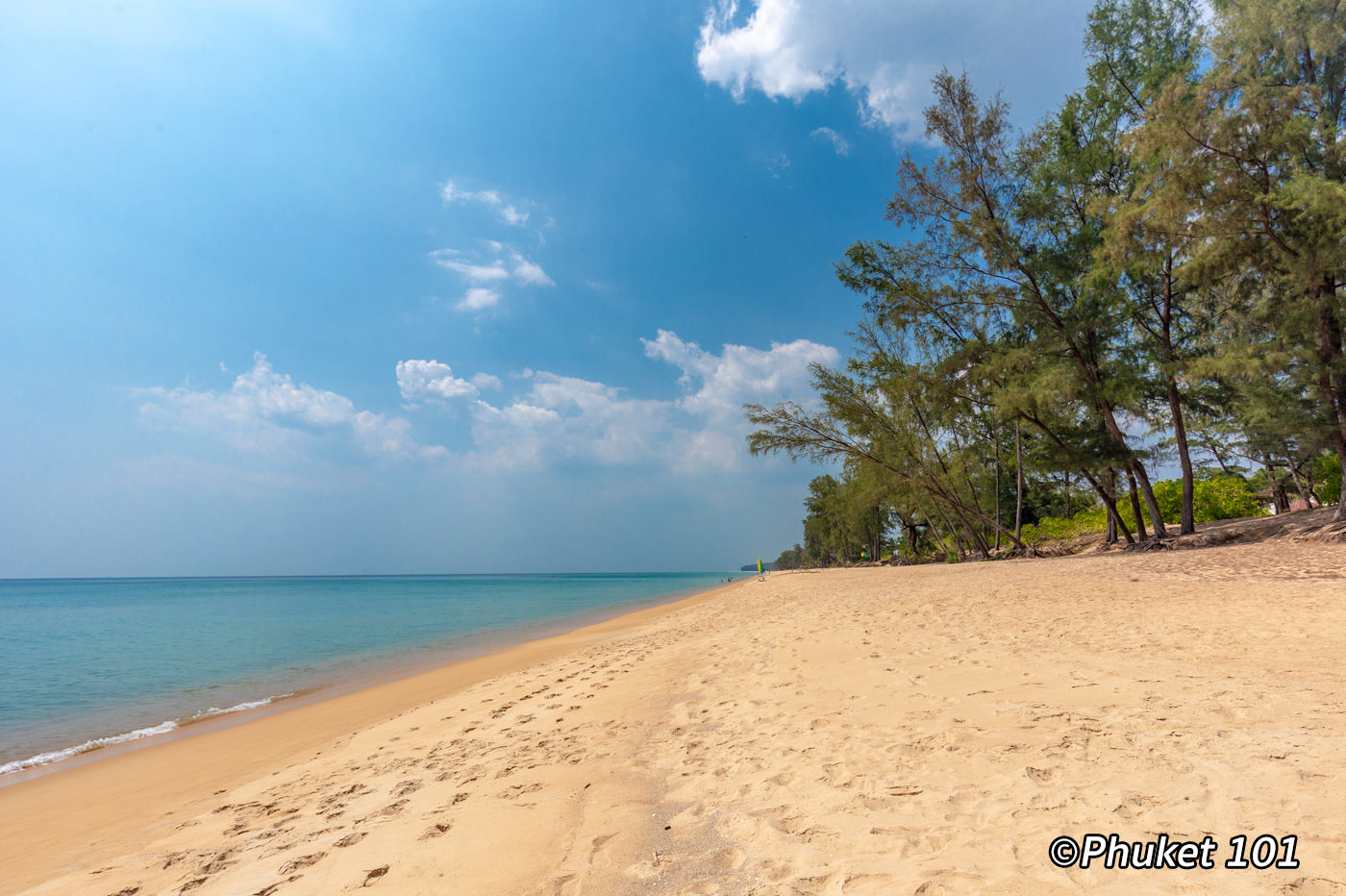 Photos of Mai Khao Beach Our Mai Khao Beach photos may help you decide if this is the right place for you to stay in Phuket. Mai Khao is an 11 kilometre long Beach with nothing but a few luxury resorts. It’s a great hideaway if you are not interested … Read more 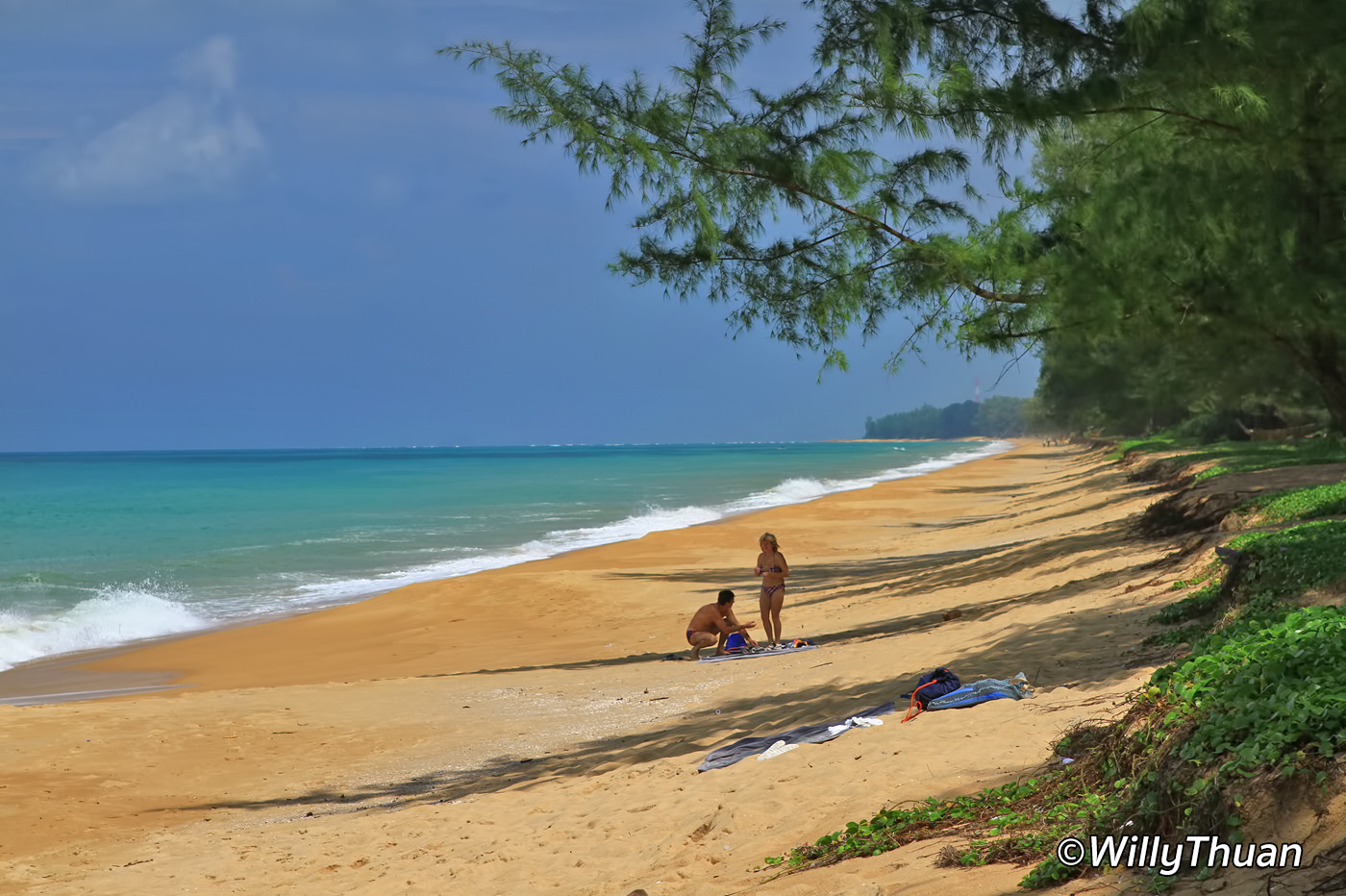 Map of Mai Khao Beach This map of Mai Khao Beach shares some of the places we visited and other popular places travellers talk the most about. We will keep adding points of interest, restaurants and hotels, plus information to help you plan your next holiday in Phuket! Click here … Read more 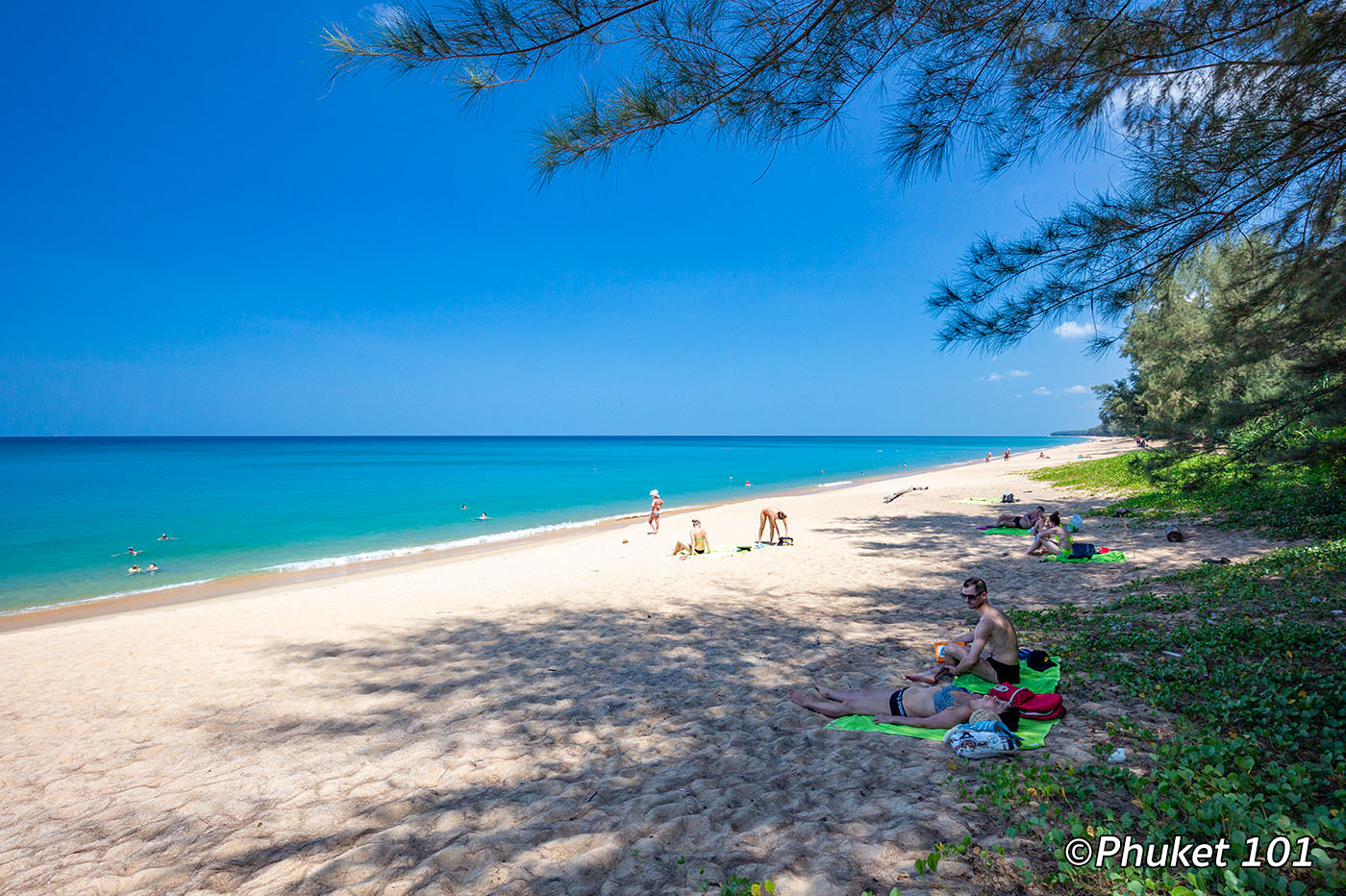 What to Do on Mai Khao Beach?

Mai Khao is the longest beach in Phuket, and it still looks in some parts as deserted as it was when we first visited it in 1990. They built a few luxury hotels, but umbrellas and food vendors have not yet covered the beach. It might just a question of time, but you can still walk 11 kilometres or more and only meet three local people fishing.

What to Do in Mai Khao

Mai Khao Beach starts at Sirinath National Park, right where Nai Yang Beach ends, and run for eleven kilometres to the very north of the island at Sai Keow beach, close to the Sarasin Bridge. There are few highlights worth mentioning in Mai Khao, excluding those five-star resorts.

The National Park where locals like to picnic or camp for the weekend with kids playing all day in the water is not very large nor very interesting, but park ranges will ask for a 200 Baht fee at the entrance (or 40 if you are a local or an expat). If you planned to cross to go to Nai Yang Beach, you better take the other road a bit farther from the airport.

Then our favourite spot is to go watch the planes landing at the very end of the runway of Phuket International Airport. It’s a bit of a walk in the sun, but it is awe-inspiring and loud. They get close to the beach as you can see on the photos, and watching these monsters casting their massive shadow on the turquoise water is just amazing.

Next to the Phuket Airport is the Splash Jungle Waterpark, Decent in size, it probably won’t impress you if you are a waterpark fan. Few attractions include sliding down tunnels and spinning funnels, a quite impressive high slider and a pool with artificial waves. Kids love it anyway, but the entry fee is relatively high.

Less known, but worth a photo, is the Mai Khao Temple (Wat Mai Khao). The temple itself is tucked away from the road. It doesn’t have any particular architectural interest, but it hides a little treasure: a small bird sanctuary hidden in the park behind it. Surrounded by a protective wall, a small lake with trees growing in the water is the shelter for a large number of white birds, probably cattle egrets. Since it is quite a strict temple, it’s not recommended just to drive through.

Once a year on Mai Khao Beach, during Songkran Festival, you might be lucky to witness the baby turtle release, usually supported by one of the nearby resorts. It is a magic moment and a fun experience to sponsor one of the baby turtles and bring it yourself near the water. Unfortunately, we all know that the chances to see these turtles coming back are relatively thin.

Where to Stay in Mai Khao

Despite being a national park, a few properties and resorts appeared, and most are excellent. We loved Sala Phuket, Renaissance Phuket or Mai Khao Dreams Villas further north. The beach remained mostly untouched, and it is such a welcome contrast with the crowded beaches in the south of Phuket. Read more about Hotels on Mai Khao. ►►►

Sala Phuket Resort and Spa is one of our all-time favourite hideaways in Phuket. This hotel is a resort dedicated to couples, with a private pool in each villa for total privacy. Such a feature doesn’t come cheap but still is affordable.

Renaissance Phuket is a great luxury resort if you want to enjoy the relaxing side of a tropical island and still have the option to drive to discover the restless nights of Patong Beach. With so many restaurants and outlets, you can choose to chill in the resort or use it as a base to explore the north of Phuket.

JW Marriott Phuket is an immense resort with a more traditional layout. It is known for having many excellent restaurants, vast conference rooms, and best for families: it has a fantastic kids club!

Holiday Inn Mai Khao is the latest resort to open in this part of the island and probably the only one so far in the north. The hotel is convenient and affordable, but while it is very close to the sea, it offers a very narrow beachfront behind a line of trees. 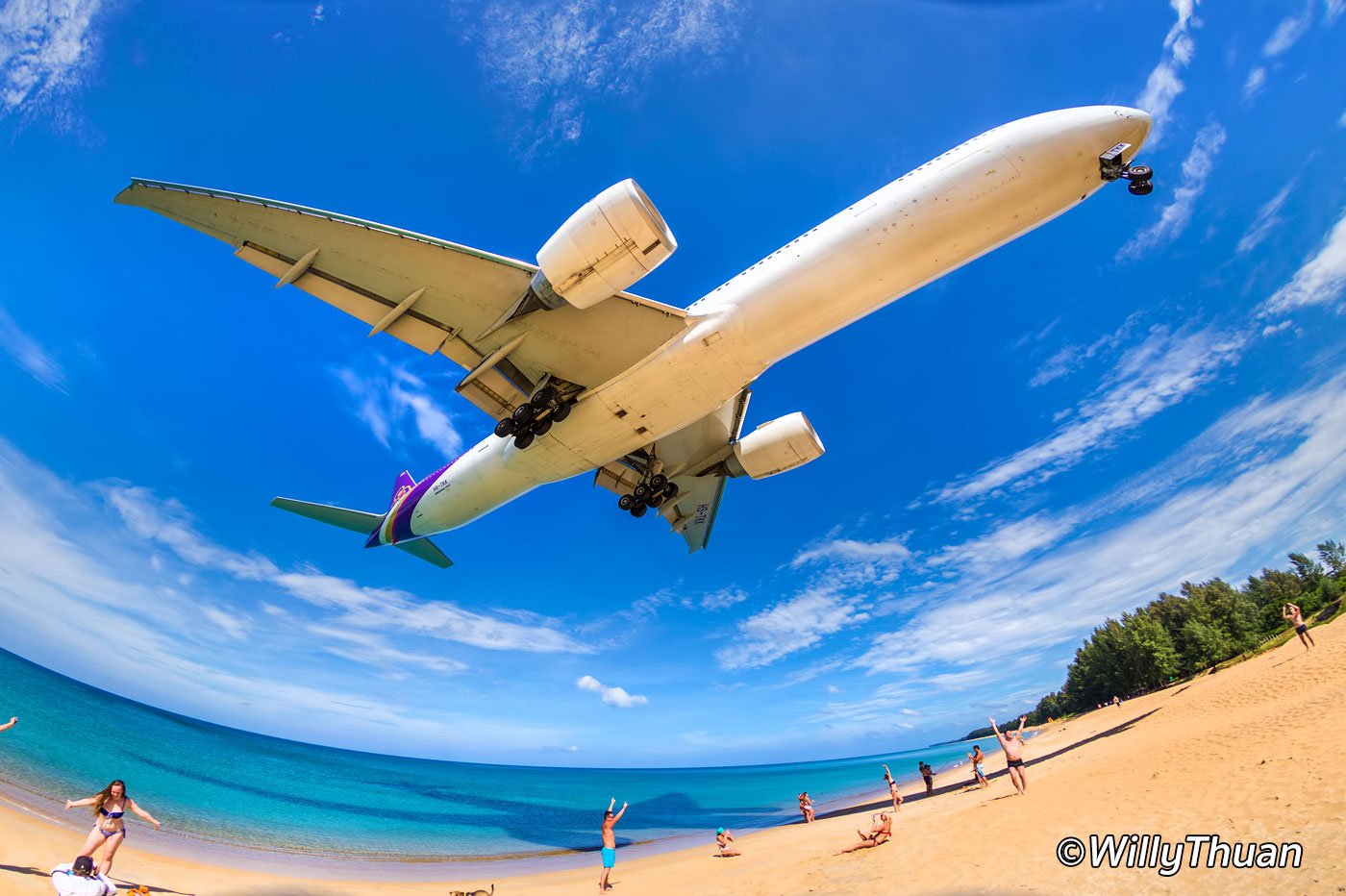 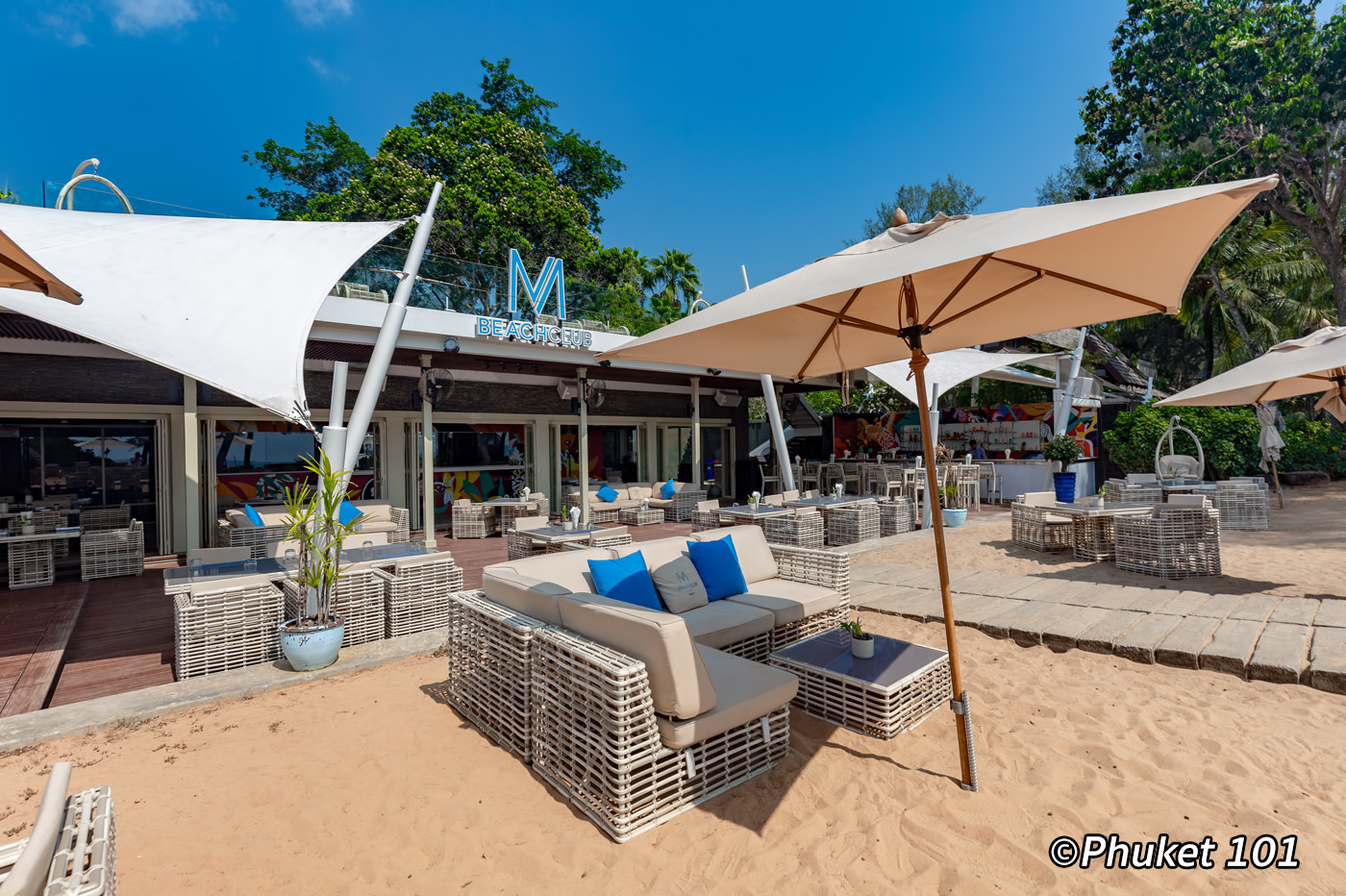 M Beach Club Phuket M Beach Club is a new seaside venue on Mai Khao Beach, north of Phuket. It’s a great spot to spend an afternoon or end the day, especially if you are the lucky guest of one of the luxury resorts built along this superb beach. M … Read more 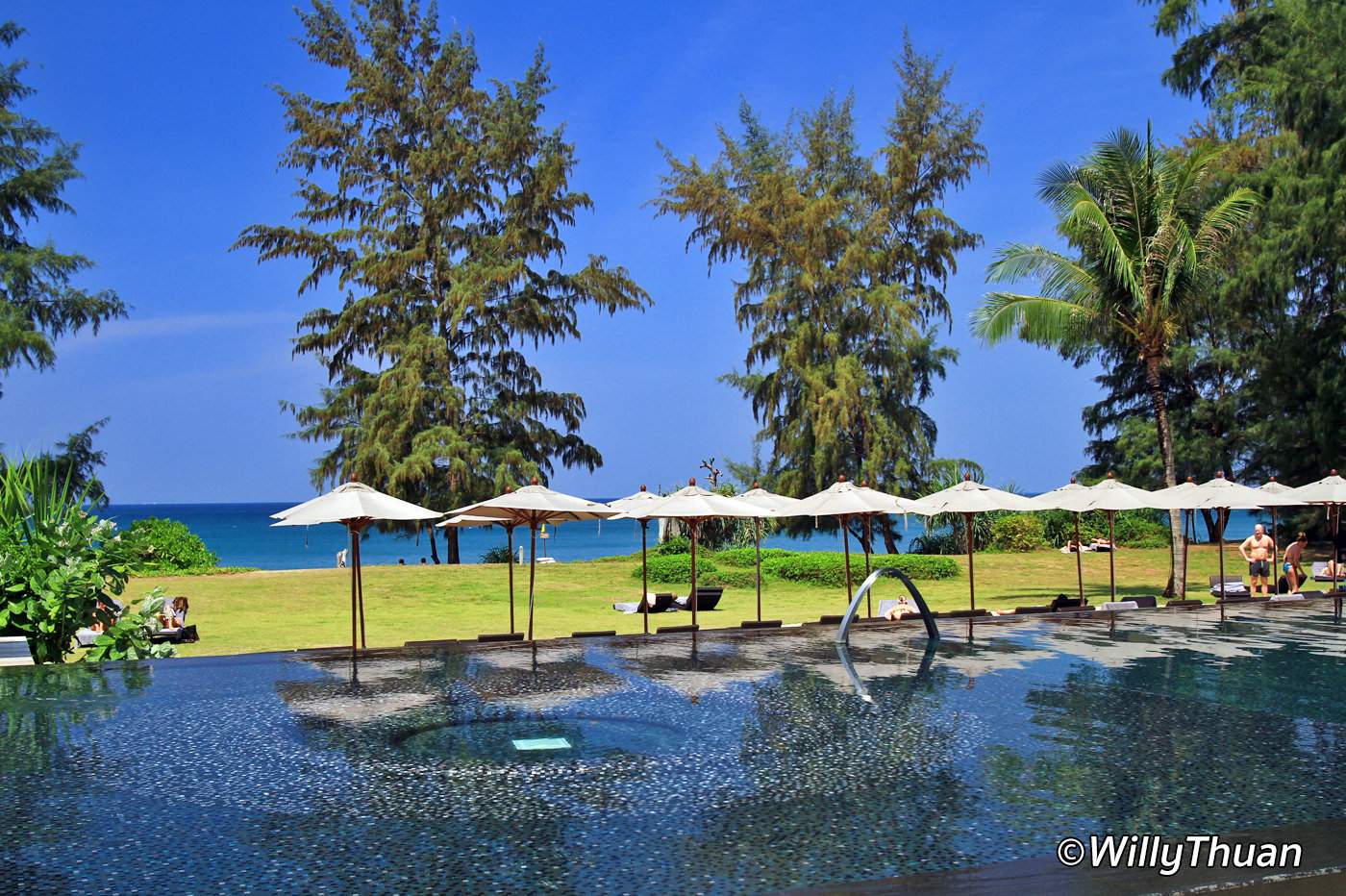 How is Renaissance Phuket Resort? Renaissance Phuket is one of the most luxurious resorts in Mai Khao Beach, an endless unspoiled beach in the northern part of Phuket. Renaissance is the perfect place to escape crowded beaches and tourist frenzy. Despite the common belief that Phuket is a busy island, … Read more 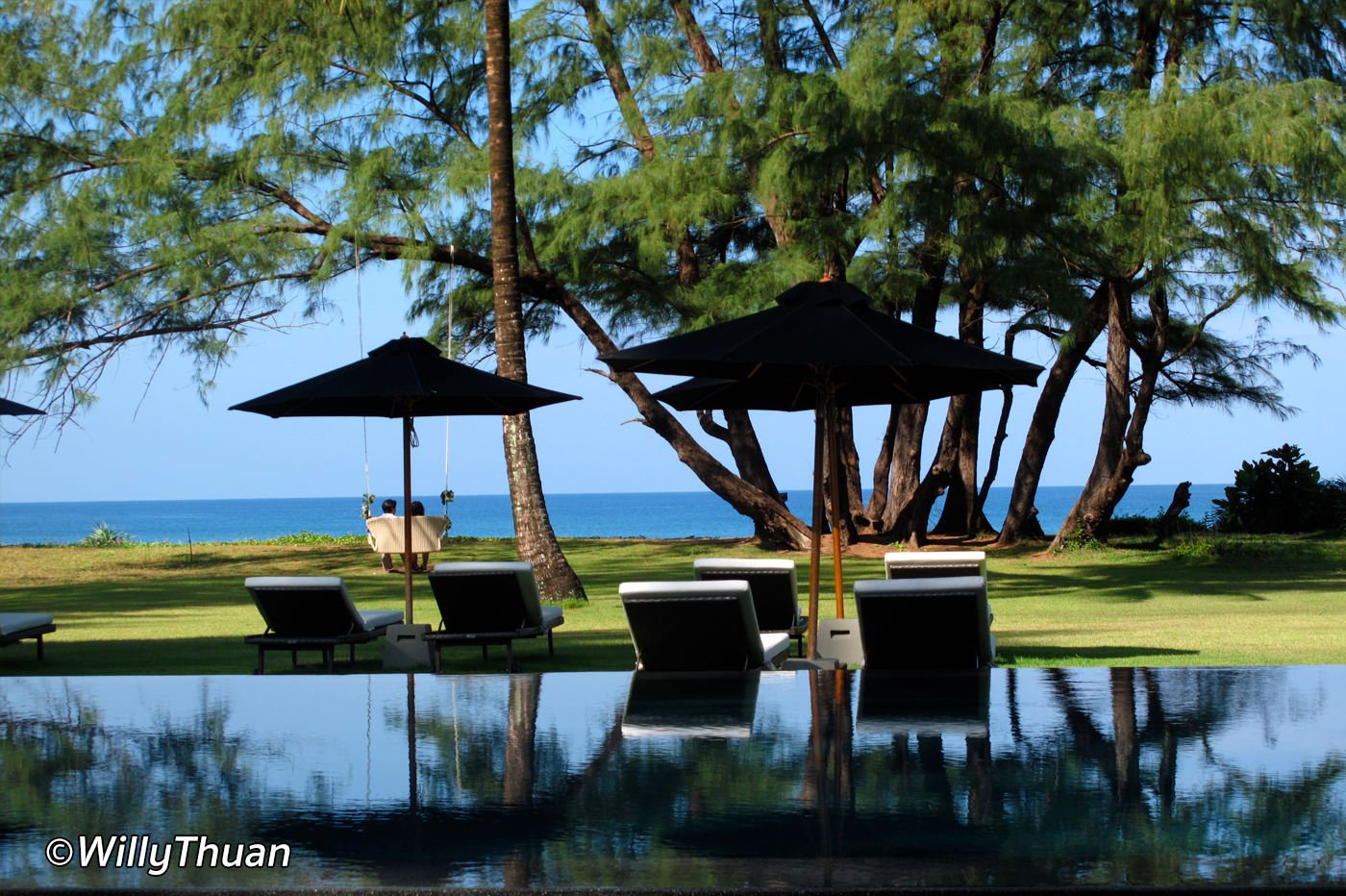 Where to Stay in Mai Khao Beach? Mai Khao Beach Hotels benefit from a unique location in Phuket, a perfect place if you prefer to stay away from the crowd. The beach is 11 kilometres long, and because it is part of a protected national park, you will meet almost … Read more 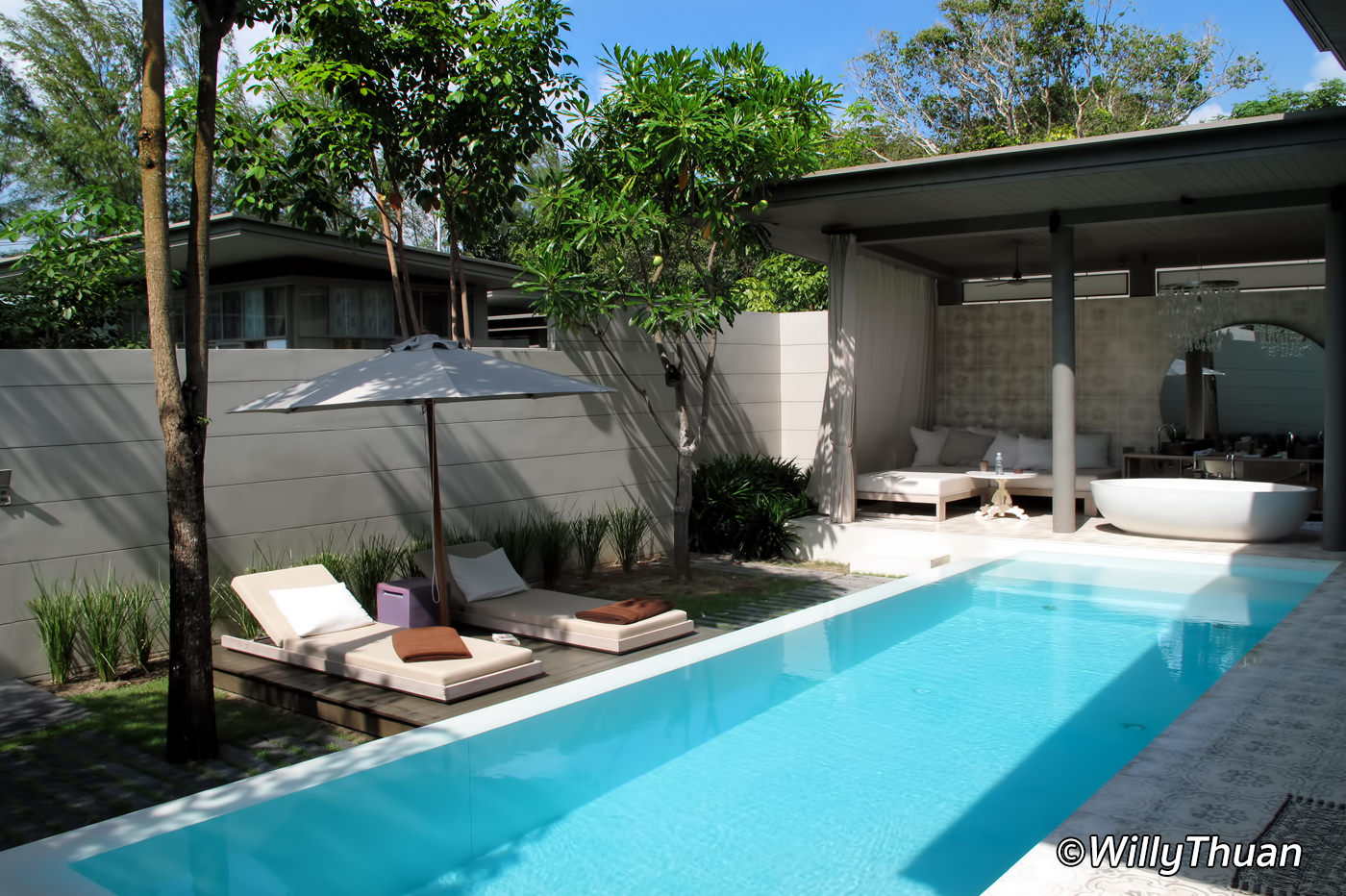 How is Sala Phuket? Sala Phuket Resort and Spa on Mai Khao Beach is one of our all-time favourite hideaways in Phuket, but it is not a hotel for everyone. It is a romantic resort fully dedicated to couples, with a unique setting and total privacy. Such a luxury doesn’t … Read more

Taokhun Seafood Restaurant Taokhun Seafood is a hidden restaurant on the east coast of Phuket located somewhere near Phuket International Airport. This seaside restaurant is a great place for a relaxed lunch with views on the Thailand mainland coast across the sea. Taokhun serve a good mix of Thai food … Read more 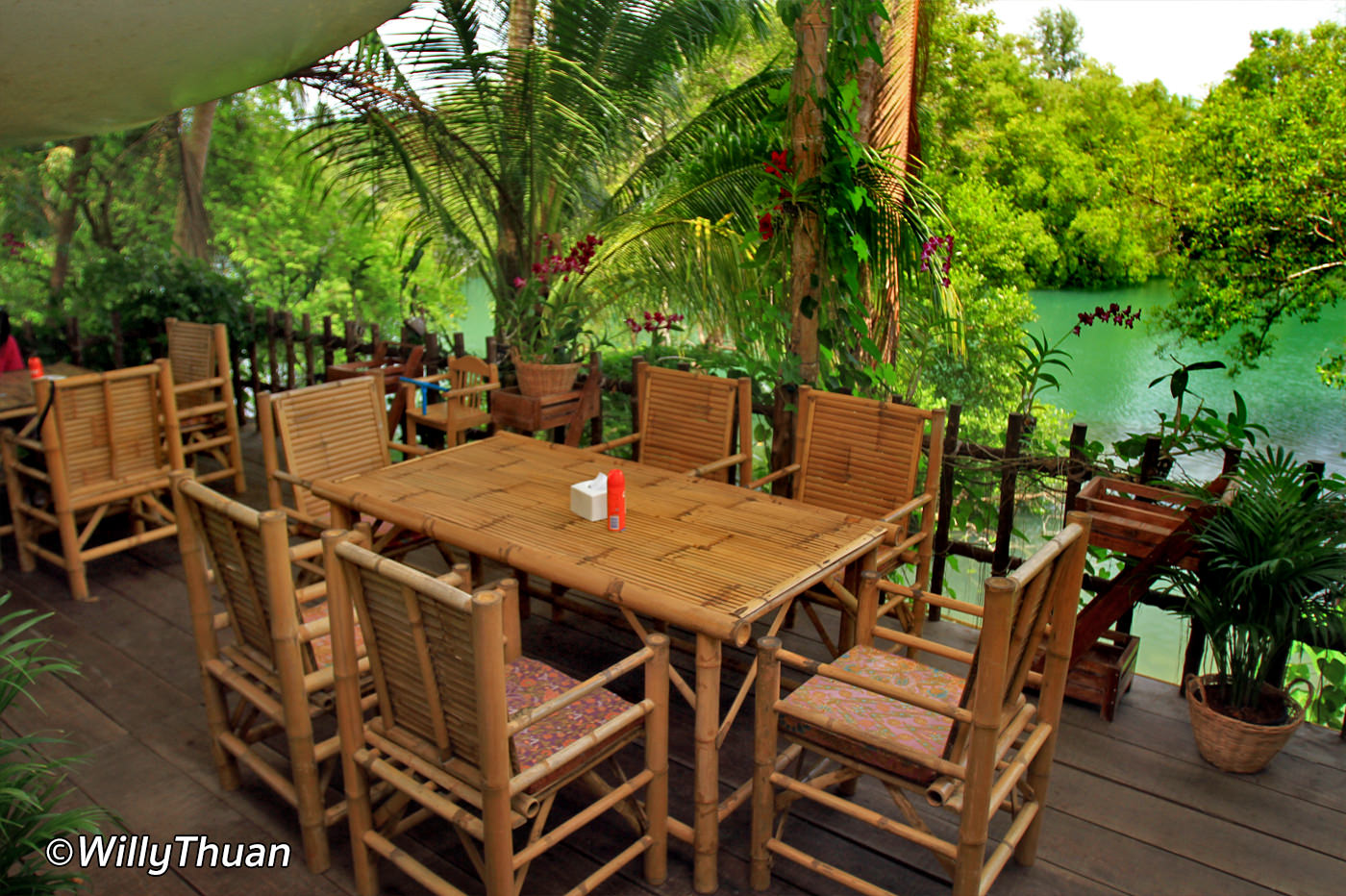 Text and Photos are © Copyright Phuket 101 and Willy Thuan 2011 - 2021 - Copy or use of images or texts without written authorization is strictly prohibited (Credit to or mention of the blog does not constitute authorization). This blog is protected by DMCA. However, linking to the blog is welcomed. If you wish to use an image from our website with a link back to us, please contact us via our Facebook Messenger here.

Born in France a long long time ago, I started to travel the world early and never stopped until I settled in Thailand in 1994. Then for the past 27 years, my passion for photography has taken me to every corner of Thailand. I have been a blogger since January 2011. Follow us on Instagram and Youtube too!