Phuket Chinese New Year 2023 is set to ring on January 22, with several days of festivities to celebrate the Year of the Tiger. With its large ethnic Chinese population descending from migrants to the island in the past, Phuket’s Lunar New Year festival is an important annual event. It seems to get bigger and more colourful with each passing year as the number of tourists from China arrive in larger numbers.

Though Chinese New Year is not an official public holiday in Thailand, it’s a time of gathering and celebration for families. Red lanterns are strung up all around Phuket Town and at the local Chinese shrines. The streets of Phuket Old Town and its Sino-Portuguese heritage houses look especially magical this time of year.

Families gather to sweep out their homes, do merit-making activities and prepare feasts to clear out the old and make way for a more fortunate year ahead. Younger family members may eagerly await receiving an “Ang Pao” – a red envelope with money inside – from their elders. Firecrackers are set off to ward off any bad spirits and give a fresh start to the new year.

Chinese shrines around the island, including the large Jui Tui Shrine in Phuket Town, will be busy with merit-makers. Queen Sirikit Park near Limelight mall will likely have live shows and exhibitions during the New Year festival.

Many resorts and restaurants around Phuket will host special Chinese New Year events, usually a buffet dinner with a delectable choice of festive eats like suckling pig, duck, dim sum and other traditional Chinese dishes. Phuket’s beach clubs even join in the festivities with gala dinners and parties planned at such places as Xana Beach Club and Baba Beach Club.

People wear red for good luck and to keep a festive and lively look during the festival. You’ll see much red and Chinese-themed clothing on sale at many shops before and during the New Year.

Wat Chalong is not a Chinese temple, but nevertheless, every year, it hosts a large festival lasting ten days or more during the Chinese New Year.

The temple grounds transform into a big open-air carnival with hundreds of food vendors, clothing stores, plant sellers and more shops setting up stands and some funfair games and rides, including a creaky-looking Ferris wheel. Each evening there are live shows on the outdoor stage, and the main temple hall is busy with families making merit.

A few days after the festival, Phuket Old Town will hold its annual Old Town Festival from January 30 to February 1. Each evening, Thalang Road and Soi Romanee will close to traffic, and the streets will come alive with food stalls, art and souvenirs for sale and musical performances.

The Thai Hua Museum is worth a visit during the festival as it offers insight into Phuket’s Chinese history and culture, from the early days of Chinese migration to the island in the 1800s to the present day.

Map of Chinese Shrines in Phuket

Written in association with GoPhuket.net 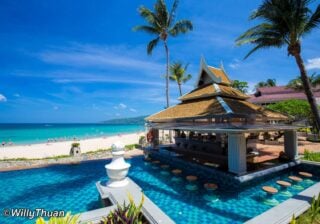 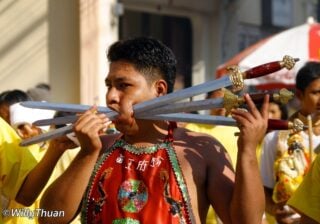 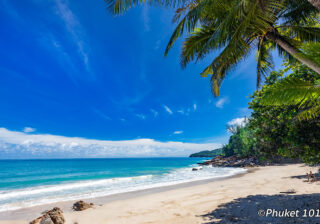