What to see at the museum?

The Thai Hua Museum on Krabi Road in Phuket Town is a pleasant surprise. We visited it a few years ago when it reopened, and despite being in a beautiful mansion, it was just an empty building. Thankfully, someone realised the potential of such a great location in the historic streets of old Phuket town to turn it into an interesting display. Museums in Phuket used to be rundown buildings, a bit like the Thalang Museum or even the immense Phuket Mining Museum in Kathu so in general, we don’t place them at the top of our list of Things to Do in Phuket.

Thai Hua Museum is in a 1934 British-colonial style mansion displaying the history of the first Chinese immigrants in Phuket. This long-neglected building was formerly the oldest Chinese-language school in Phuket.

There a few good reasons why you should stop and visit the museum. First, it is well located, near all the beautiful historic streets and buildings of Phuket Town so you can learn about all the buildings, shops and businesses you just walked by in town. Second, it is done with taste and quality design. Third, the history itself is well displayed, well explained and not too academic like museums often like, which makes it a pleasure to read.

We won’t get too much into details about the island’s history. Still, you will discover to all the significant figures who influenced the course of Phuket history in the past centuries, including several Chinese families still prominent today. Learn what brought them to Phuket and what was the trade in the past, significantly influenced by the tin mining.

The Thai Hua Museum was built in 1917 and was formerly a school first called ‘Phuket Huabun School’, and later ‘Ratjunhua School’ until it got its today’s name of ‘Thai Hua School’. The museum dedicates a large section to the old Sino-Portuguese Phuket and the architecture of the many beautiful mansions I described on ‘18 Great Mansions of Phuket‘ but also how people built and run restaurants, shops and even a scaled model of a typical Sino-Portuguese shophouse and visit a classroom from the past.

A room describes all the significant events and festivals of Phuket such as the famous and bizarre Phuket Vegetarian Festival and how it all started in 1825. Stop for an hour and enjoy it. The museum set up is just right and doesn’t get boring or over educational, and the architecture of the museum is just beautiful. The museum entrance price is 200 Baht for a visit, plus another 200 Baht if you want to take photos.

If you are on mobile, add the map here: https://goo.gl/maps/u56zytoRzegnvP349 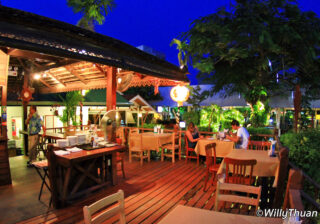 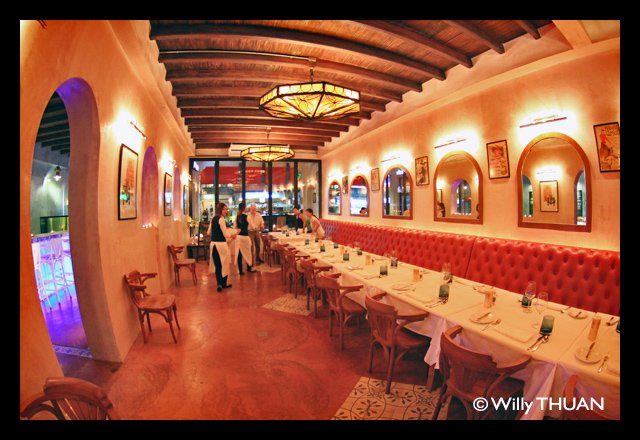 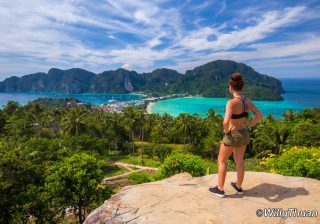 Phi Phi Viewpoint – What To Do In Phi Phi Island