The Memory at On On Hotel in Phuket Town

The Memory at On On Hotel is undoubtedly the most iconic and best-known heritage hotel on Phuket Island, and this is for a few reasons. Built in 1927 and called Un Un Hotel at the time, the hotel possesses a strong Sino-Portuguese personality in a very central location on Phang Nga Road, the heart of old Phuket Town.

The hotel was later called On On hotel and was a rather shabby backpacker spot. These are probably the two reasons the hotel was selected to be in the movie ‘The Beach’ with Leonardo DiCaprio in 2000. We visited the hotel at the time and took some photos. See them at the bottom of the page. It was really cheap, indeed! The most expensive room (standard aircon twin bed was at 400 baht, and the cheapest one was 180 baht! (standard fan room, 1 bed, shower outside!)

If you look at the photos, it was pretty much like in the movies, except that we never saw the lady washing the walls. The hotel was entirely renovated a few years back, revealing a true hidden gem, and renamed “The Memory at On On Hotel’.

Lady Coco is a restaurant, coffee shop and Salon de Thé, part of the now legendary ‘The Memory at On On Hotel’ on Phang Nga Road in Old Phuket Town. Such a restaurant in a heritage hotel is an excellent opportunity to stop for lunch, dinner or just some lovely pastries and ice creams. Guests can choose to sit in any one of the five areas, including at the beautiful bar.

The Memory at On On Hotel Photos

The Original On On Hotel

The Memory at On On Hotel Info

The Memory at On On Hotel Map 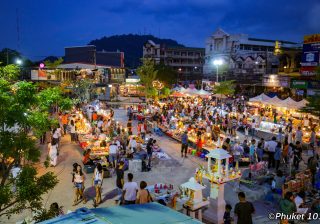 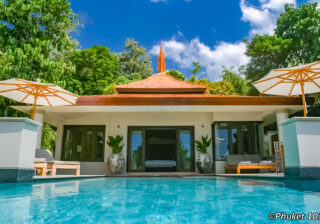 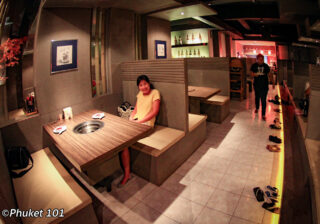