How to pronounce Phuket?

Phuket pronunciation is so obvious to us; we are still surprised when someone says “f*** it”, so what is the correct way to pronounce Phuket?

We thought the 2004 tsunami put Phuket and its name on the map once and for all. But not; we still hear lots of hesitation, snickering and giggling. Lately, some overseas offices called us and asked if our residence was in “Fook… (hesitates), Fuuk, Faak it? (usual giggles like twelve years old)”. I couldn’t help but giggle back at the embarrassed tone; the poor guy wanted to say the ‘F’ word so badly…

The spelling seems to be as challenging as the pronunciation: Phuket or Phucket or Puket or Pooket; you name it.

Where does the name ‘Phuket’ come from?

It seems to originate from the Malay ‘Bukit’ (Book it?), which means ‘hill’, but was previously named ‘Thalang’ by locals. Thalang is still north of the island where the original main town was long ago.

In the 17th century, when tin mining made Phuket very attractive to the Occident, Europeans called it ‘Jungceylon’. Yes, that’s the origin of the name given to the giant Jungceylon Shopping Mall in Patong, and looking around the shopping centre reveals a few hints about old Phuket. You can visit the Tin Mine Museum in Kathu to know more about Phuket’s history. 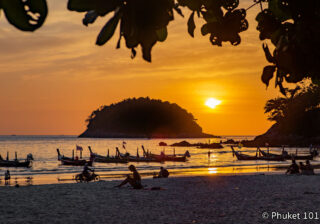 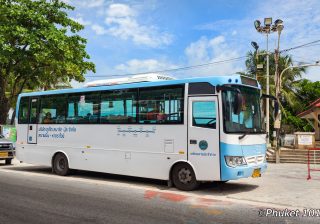 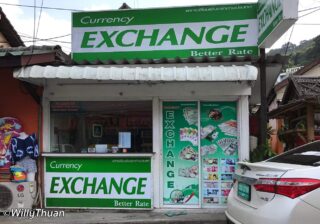 Where to Change Money in Phuket?