The Tiger Night Club and Entertainment Complex in the famous Bangla Road in Patong Beach is taking a serious bite at the Phuket nightlife scene. With three floors dominated by three massive tigers, high ceilings and a lot of room to walk around the Tiger Disco is a party monster. A blast of lights and colours is taking this gigantic Flintstones cave to a much higher level of the party zone.

The original Soi Tiger has been open for more than a decade and was often used as a Landmark in Patong. It had some ups and downs, but already, there was no way to miss it. On the ground floor were all the little beer bars with the girls dancing on the counter for most, and upstairs was, and still is, the popular Tiger Discotheque. The entire building was easy to recognize with this rocky cave look you will see in several other places in Patong, such as the Tiger Inn, and the Patong Boxing Stadium in the back of Jungceylon.

Some bar names sound rather familiar like Stockholm bar and some sound new in town: Pink Paradise, Mini Cooper Bar. Q Bar and Blix occupy the prime spots just on the street front.

Anyway, bars come and go and names as well. The new Tiger will see some ups and downs like its elder brother, but the battle for Bangla supremacy is looking promising for the New Tiger.

Bangla Road in Phuket – What to Do at Night in Patong? 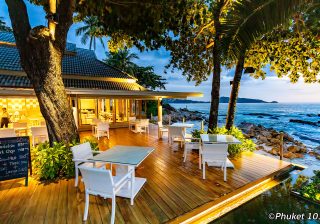 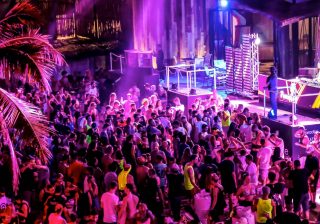