The real story behind it (and how I became anonymously famous)

Stop everything and look at this baby elephant’s first time on the beach” How many times did you see such a catchline?

4 things you should know about these photos:

So how did it become viral?

It all happened on Bangtao beach in Phuket during a casual lunch with friends. I saw a small elephant walking alone toward the water and I, of course, thought he would stop there and wait. But no, once approaching the sea, he just started to run faster and rammed into the waves like the kid he was! He came in and out several times; his mahout was casually waiting nearby, apparently used to the elephant’s behaviour. Then, the elephant suddenly did something hilarious, totally unexpected: he put his head into the sand and pushed himself forward. I happened to carry a 28-300 mm lens on that day, giving me this perspective and the photo of a lifetime!

The photo of this baby elephant enjoying his little daily bath on Bangtao Beach in Phuket have been around the social world countless times. In addition, in these times of self-gratification, someone removed my name from my own photos, and an incredible amount of people (some very famous) posted them.

Strangely, a couple of years after I took these awesome photos, the viral phenomenon got bigger and bigger, and I keep on getting weekly alerts from readers and friends spotting my photos here and there: Facebook, Twitter, Pinterest, Google+, you name it, all without any credit, of course. I guess that’s the way it is now: I’m an anonymous celebrity, that’s a consolation! Woohoo!

So enjoy these photos, and no, I will not put an ugly watermark across the whole picture; it is way too late anyway 🙂

(HOWEVER, If you see my photo somewhere, do what some of my many readers did so nicely to support the unfortunate photographer that I am: post a link to this page on the offending websites! THANK YOU!)

Baby Elephant on a Phuket Beach: The real story behind the photos 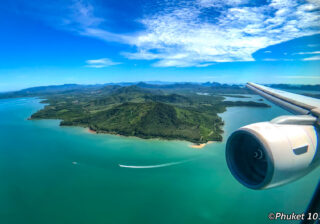 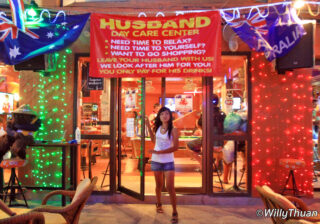 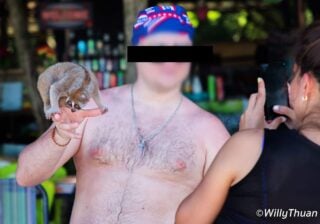 11 Things Not to Do in Phuket