What is inside Wat Arun?

Wat Arun, also known as the temple of Dawn, is a significant landmark of Bangkok, built before 1656. It’s a lot more modest than Wat Phra Kaew and the Grand Palace or Wat Pho and the Giant Reclining Buddha, but in many ways, its iconic shape is better known. Just look at the back of a 10 Baht coin, and you will recognise it instantly. The full name of the temple is Wat Arun Ratchawararam Ratchawora Mahavihara, but chances are, you will never hear it.

The best-known part of Wat Arun is the central spire, or Prang, which is 66.8 to 80 metres high (depending on the sources), surrounded by four smaller towers. That iconic central building was added much later, in the 19th century. The shapes and architectures are beautiful, and while visiting, try to imagine how impressive and majestuous this monument must have been in the era they built it. Today, Bangkok is a fast-growing forest of immense towers competing in height and design, and it is good to remember there was a time when Was Arun was a jaw-dropping sight.

The prangs are beautifully ornated with shells and pieces of colourful porcelain that were used as ballast in boats coming from China. The top is ornated with elephants, and animals and mythical soldiers surround the base. 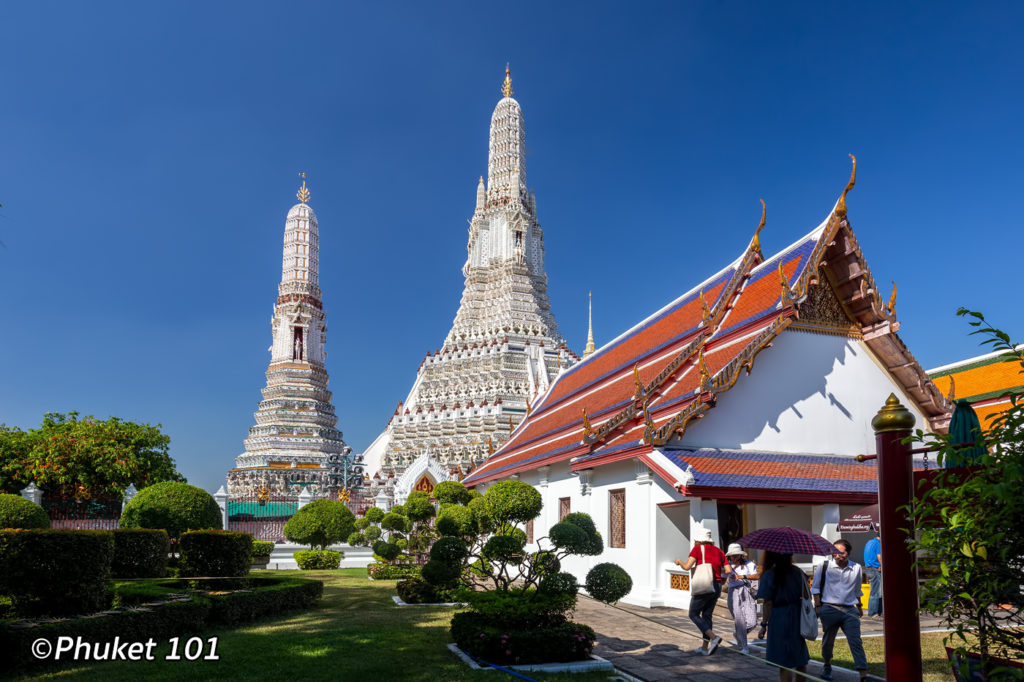 The Temple of Dawn was renovated in 2017 and somehow lost something in the process. While it is still stunning and worth adding to your Must-Do in Bangkok list, it looks a little blank. This often happens with renovation, and locals mention it frequently: it’s not the same anymore. Besides, you can’t climb those famous steep stairs that were a little scary in the past!

Like most visitors, you probably will be attracted to the leading group of stupas and get your photos and Instagram selfies done, but don’t stop your exploration yet! Walk around the entire grounds, step into the temples on the side and behind The Temple of Dawn. The ordination hall with its line of golden sitting Buddhas is superb and witnessing chanting monks is a moment to appreciate, reminding you to slow down and take the time to enjoy those unique minutes.

The group of souvenir shops by the river is where everyone goes next on their way to the piers, but it’s very touristic and rather old fashions items. You can sit in the shade of the trees and buy some freshly peeled mangoes with a real coconut juice. 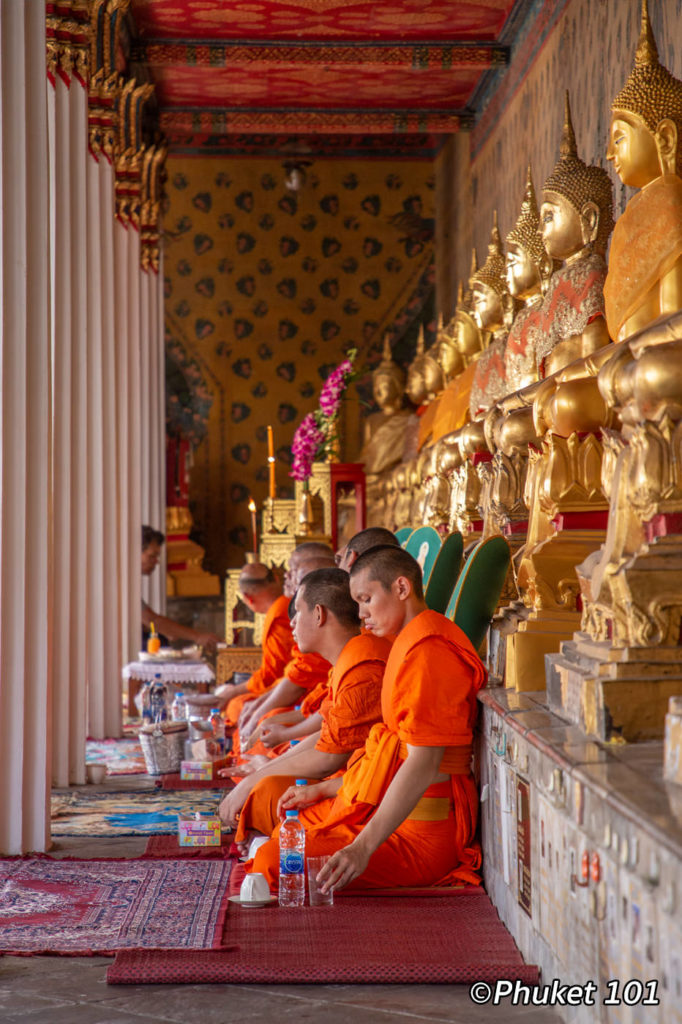 Best way to visit the temple

The Temple of Dawn is just opposite The Grand Palace and Wat Pho, so saving half a day to visit the three most important temple in Bangkok is a good idea. Besides, the yellow longtail boats often offer to see the temples in addition to a canal tour (Khlongs), which are also worth exploring.

A quiet place for a lovely lunch by the sea on Ao Yon Beach, The Cove Phuket. ...

We never thought it would take so long, but we start to see the light at the end of the runway… hopefully ...

TGIM!
We all would love Mondays if Mondays would starts this way, don’t we? ...

The hidden second beach of Ao Sane in the south of Phuket is a reminder that simple life can be great. ...

The Similan islands open on 15 October each year, and there is no doubt that marine life enjoyed this unexpected break. Have you been there too? It's a once in a lifetime day trip! ...

A new rooftop on Sukhumvit: Tichuca on the 46th floor of T-One Building (BTS Thonglor). Great design, multiple floors to freely explore, and good views. It's packed with a young crowd busy posing for the selfies; quite an entertainment ...