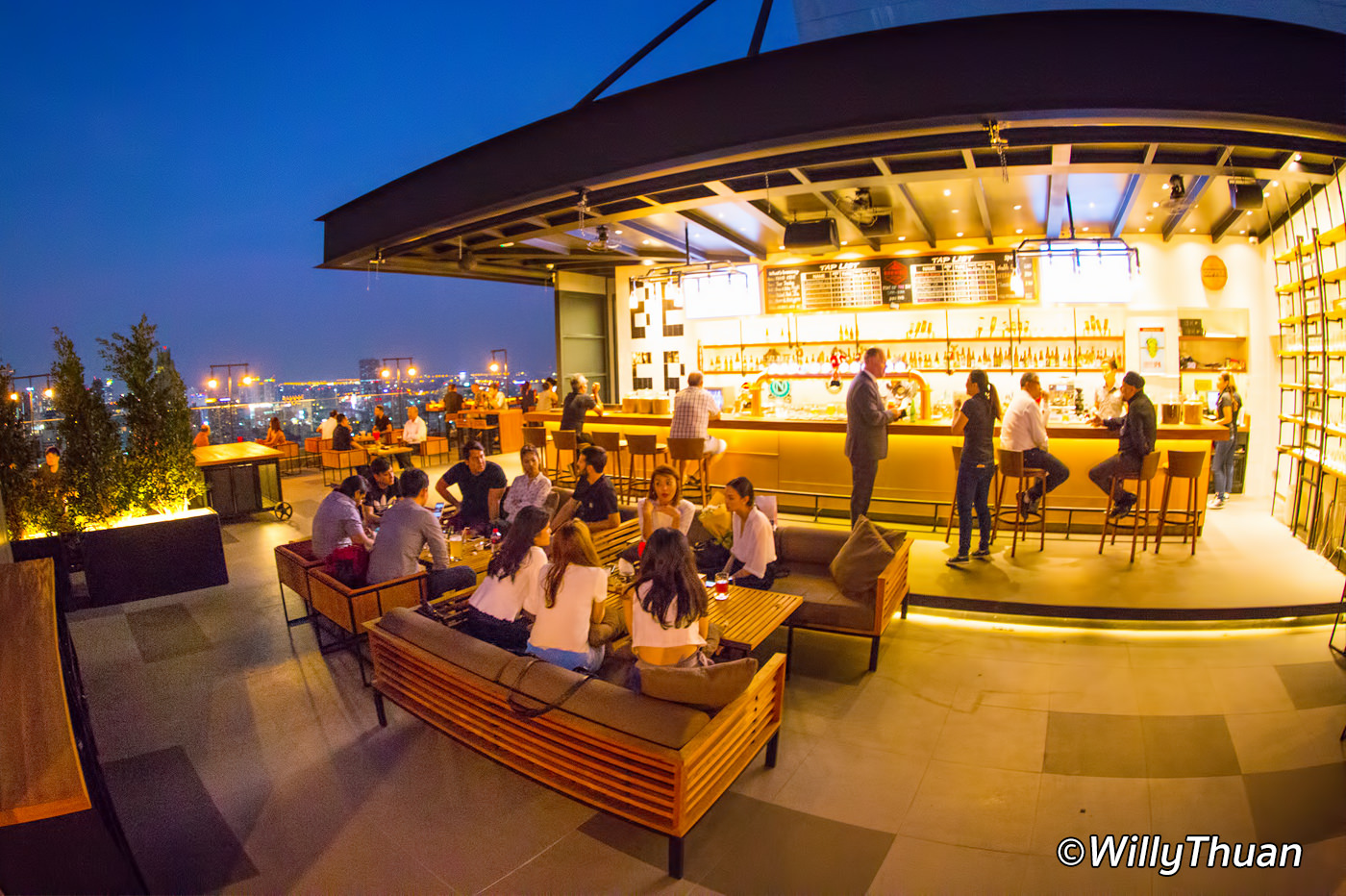 Brewski Rooftop Bar is perched on the 22nd floor of the Radisson Blu on Sukhumvit and while it is not the highest one in town or doesn’t have the striking views other Bangkok rooftops have, it claims to be the highest Craft Beer bar in Bangkok. The place has a cool atmosphere and appears to be hugely popular. 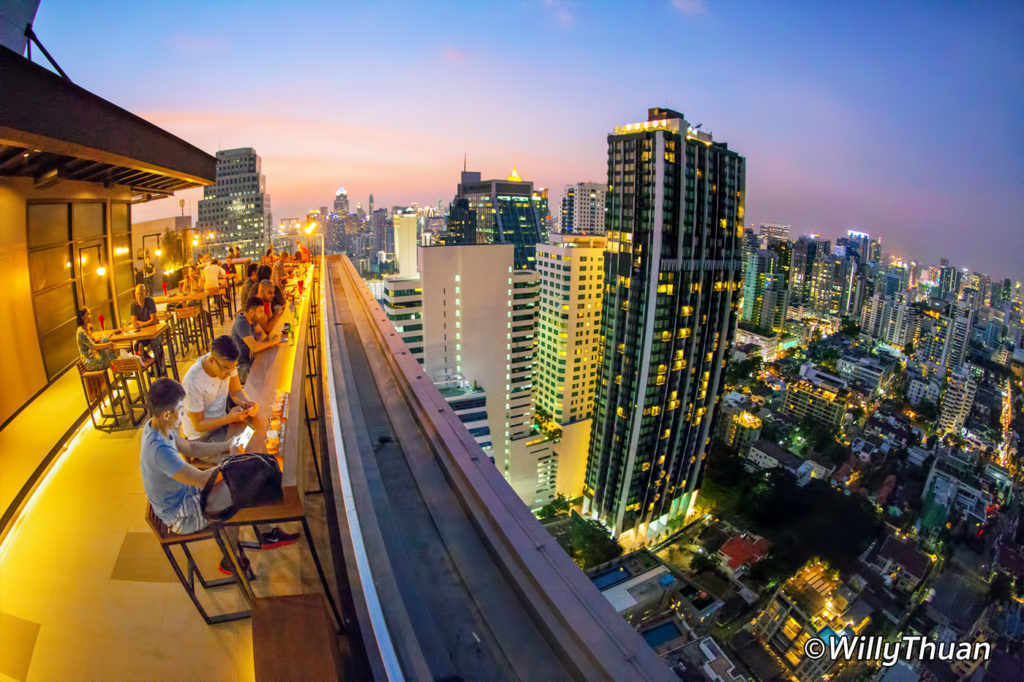 Brewski Rooftop Bar is the next rooftop in town in the ever-growing collection, it seems to attract a pretty good crowd. The bar can accommodate a good 90 guests and indeed, it’s busy with hotel guests and outside customers constantly coming in and out and not everyone gets to sit. 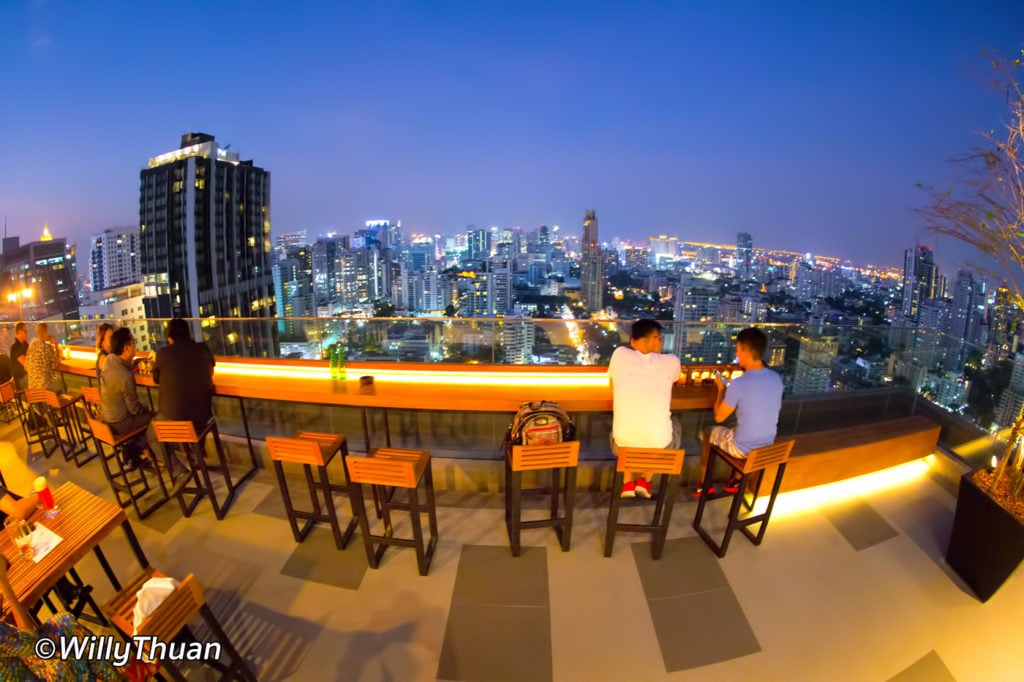 Serving a large choice of craft beers (12 international craft beers from the tap to the glass, plus 100 bottled brews) and daily snacks, Brewski seems to fit the demand for a good after-work open-air escape. Craft beers come is 3 sizes so you can actually try a lot of them without running out of pocket money: 100 ml, 250 ml or 470 ml and prices are reasonable, starting at 70 baht for a 100 ml Asahi or 250 ml for 120 baht. Then the range goes up as you pick more unusual beers and names. 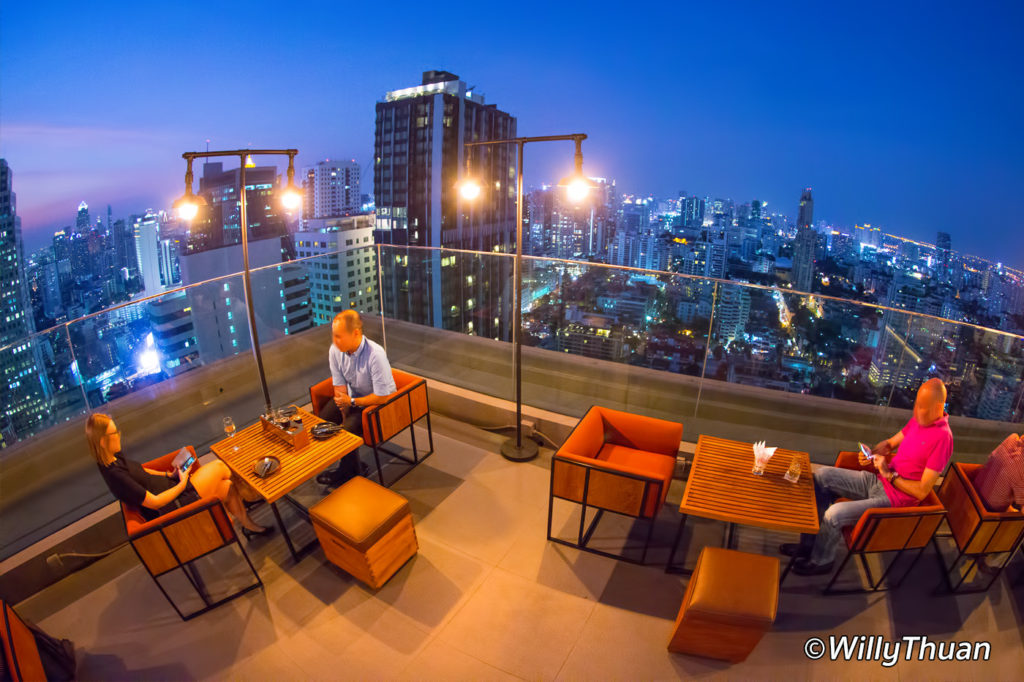 On the good side, it is quite easy to access if you don’t mind walking a little from Asok BTS station and it specialized in craft beers which seems to be the coolest trend at the moment. Drinks are also cheaper than they are on other rooftops.

To their credit, while most of the other rooftop opt for a retractable ceiling, BR kept the open space above the bar and it is a much nicer feeling. Those retractable roofs can be so massive; it’s no longer feel like a rooftop. We hope it stays this way. 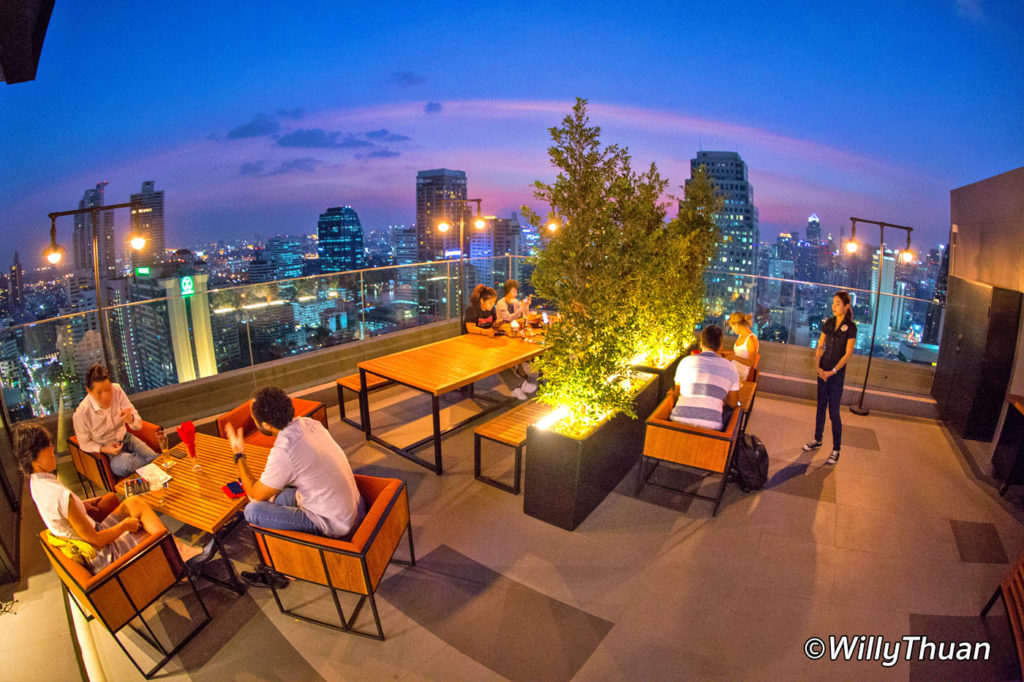 On the not so good side, the view is not really striking from the front of the building, which is usually the most interesting as you can see the whole BTS track and many of the iconic buildings on Bangkok. The view is mostly blocked by a concrete block and the building nearby. The back offers a more open panorama but it’s a view on some anonymous suburb.

The glass rail has also been placed quite far from the edge compared to other rooftops so you can’t enjoy a full view of the city. It doesn’t ‘grab’ you, you feel more like a spectator. 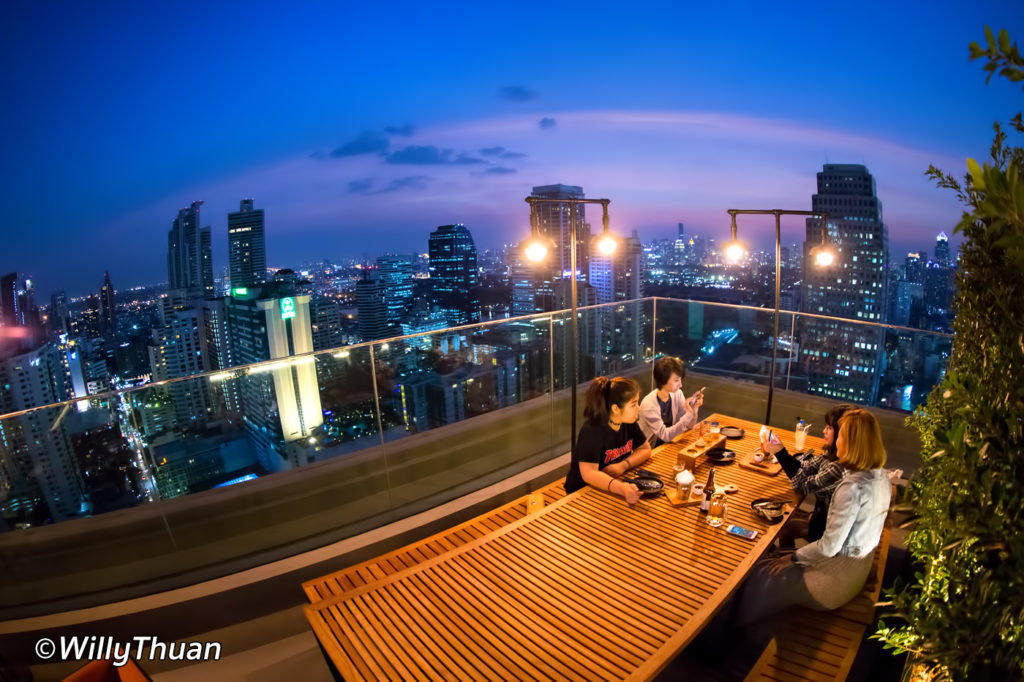 Interestingly it seems to prove the theory that many hotels realized that they do have an unused space up there, so why not add a bar, few seats and play some fancy music and here you go, you got yourself a trendy venue! It’s getting so common that Sky on 20 opened almost next door the same week so you can wave at each other. 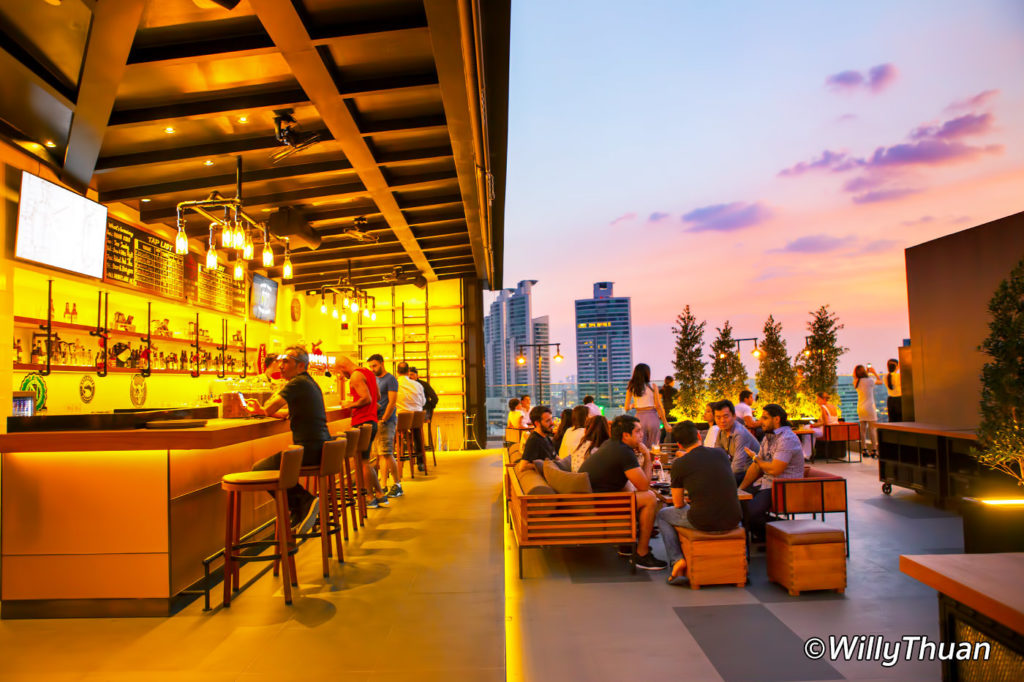 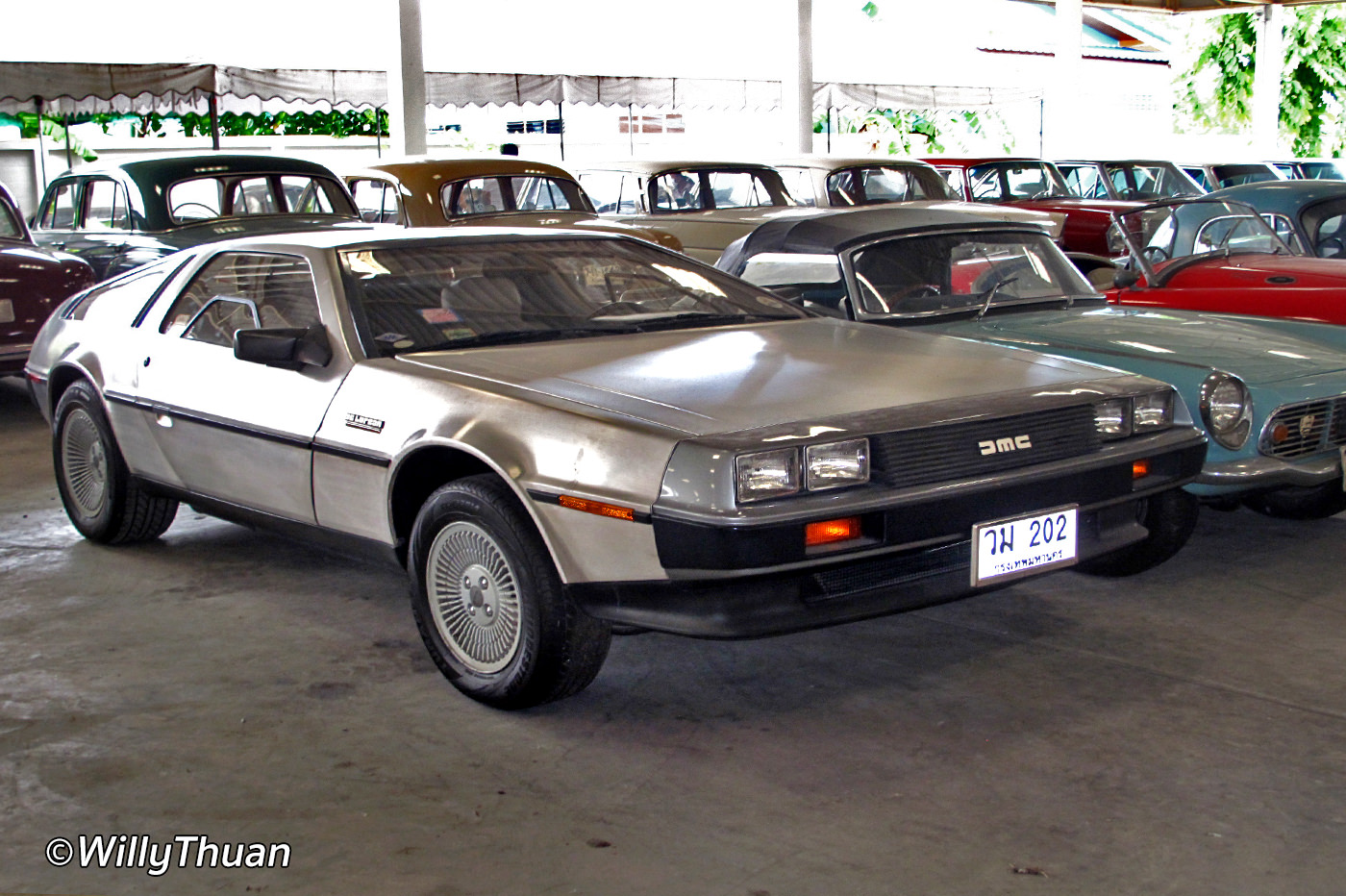 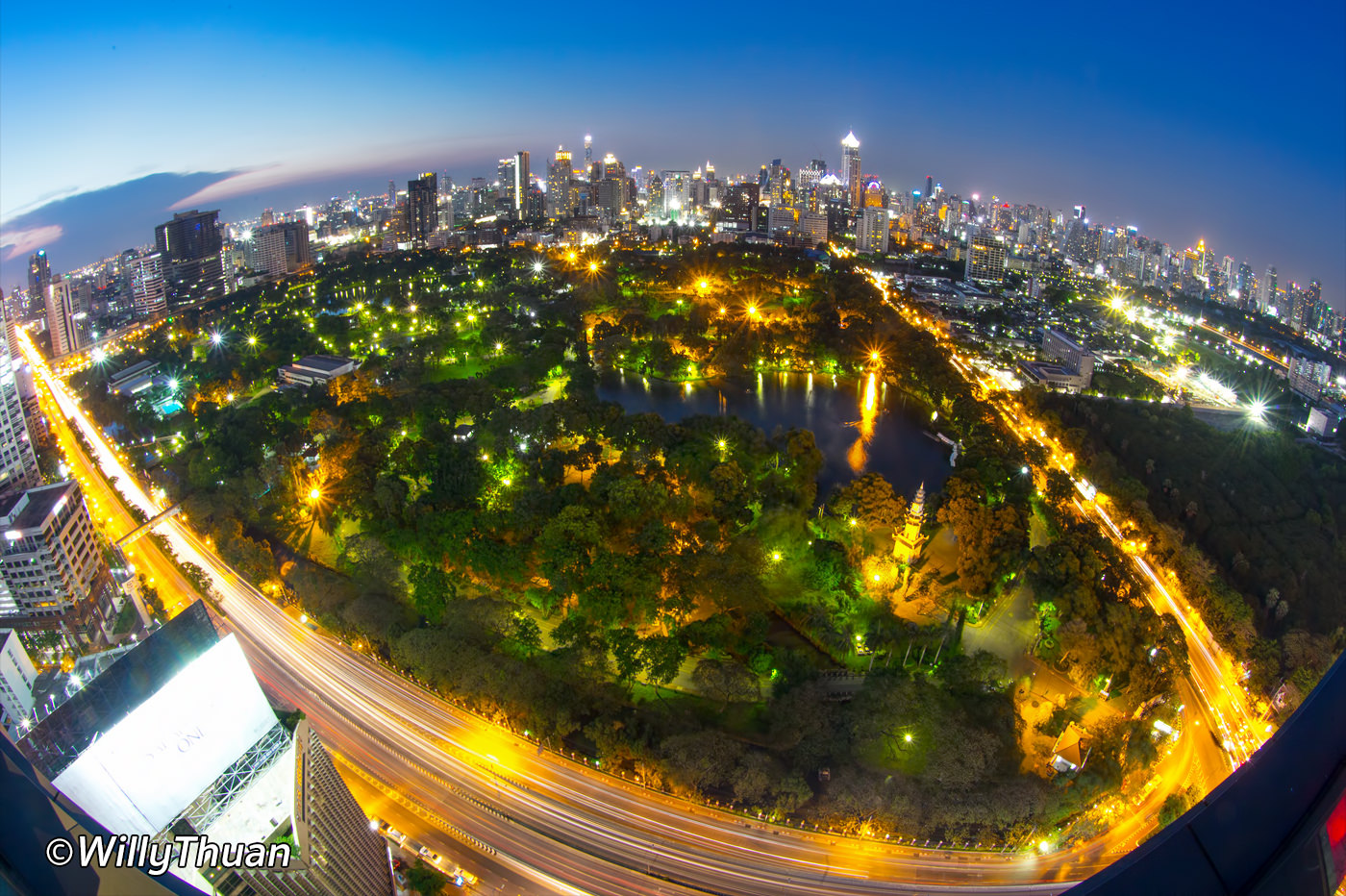 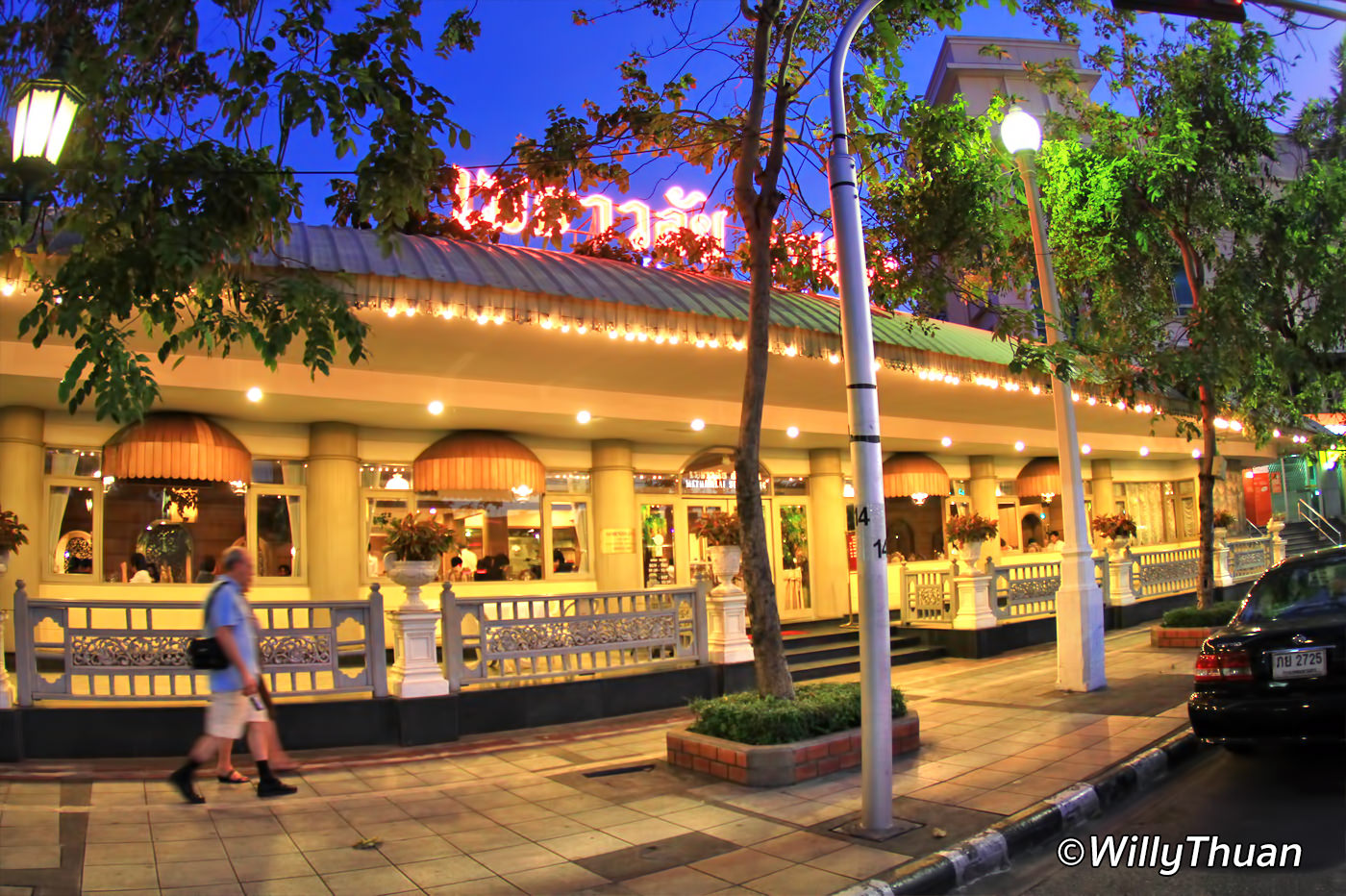